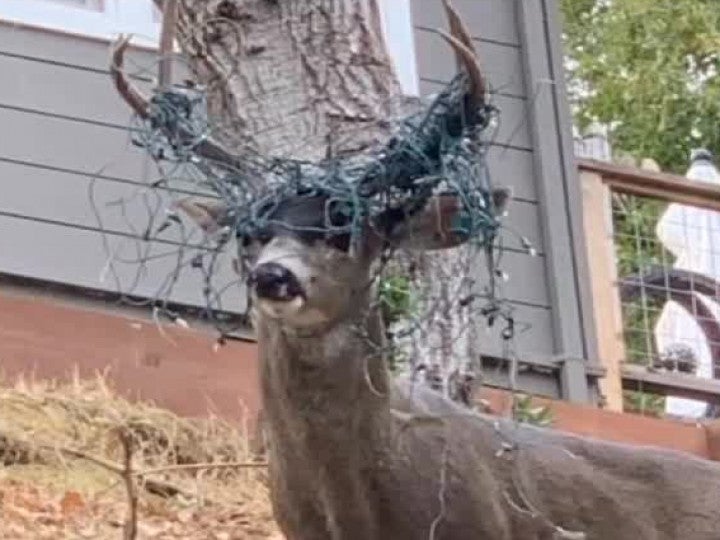 SAN ANSELMO, Calif. (WISH) — A buck seen roaming around a California county is struggling this holiday season after his antlers got tangled in a mess of outdoor lights.

“We find wildlife often get tangled up in a variety of objects regularly,” said Cindy Machado, with Marin Humane. “But deer with antlers it seems to be a thing we can depend on each year.”

Photos of the male deer with string lights strewn about its antlers shocked nearby residents.

Marin Humane first learned about the entangled buck last week. But as dangerous as it looks, they say he’s probably more annoyed by the lights than in pain. As antler entanglements go, they have seen worse.

“Was a deer with a lawn chair wrapped around its head with a hammock net and other pieces of garbage,” said Machado.

For this particular buck, the problem will likely disappear when he sheds his antlers.