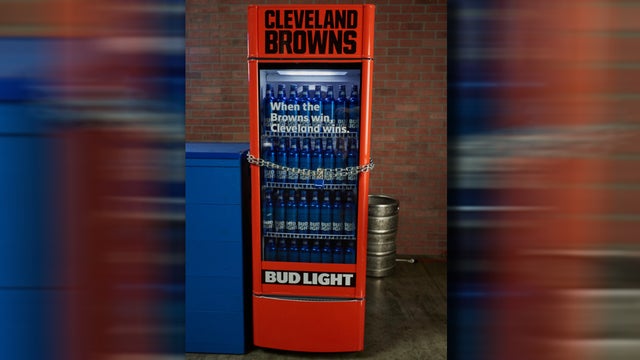 CLEVELAND (WCMH) — Bud Light will be giving away free beer to Cleveland Browns fans once the team gets their first win of the season this year.

The Browns announced on Twitter that “Victory Fridges” will be placed around the city and once the team gets their first win of the season, the fridges will be unlocked and fans can grab the free beer.

“You’ve stood by us through it all. We love you for it, and so does @budlight,” the teams Twitter account stated on Tuesday.

According to ESPN’s Darren Rovell, the fridges will be placed in 10 Cleveland bars and will be unolcked via WiFi once the Browns get that first victory of 2018.

“Browns fans, these fridges will open this year. We know it. You know it. #LetsGoBrownies,” Bud Light responded on Twitter.

The Browns regular season begins at 1 p.m. on Sept. 9 when they take on the Pittsburgh Steelers at home.