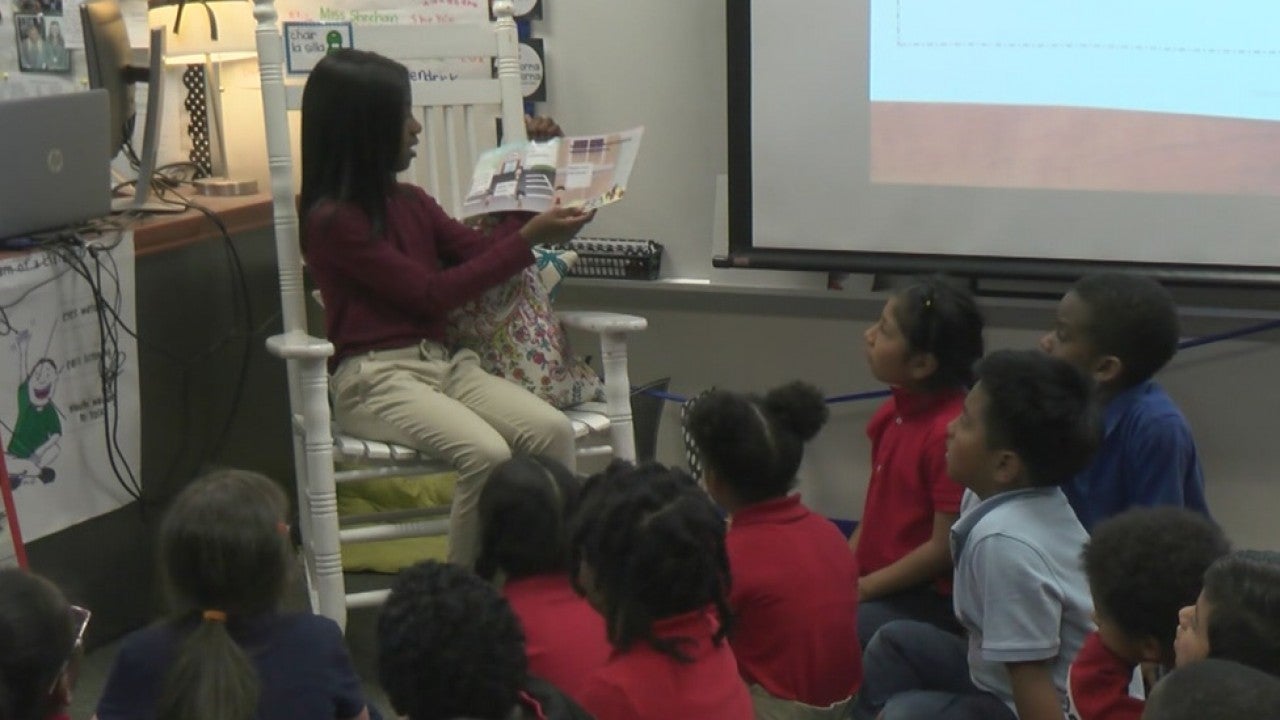 INDIANAPOLIS (WISH) — An 8-year-old at an Indianapolis elementary school wants to spread a message of kindness through her very own writing.

Simia Cox, a student at Eastbrook Elementary School, started journaling for school about the bullying she saw. After the girl’s mother read her writing she said it could be a book.

Now 8-year-old Cox is a published writer and she is spreading her message one classroom at a time.

“Hi, my name is Simia, I’m an author, and today I’m reading ‘The Adventures of Duke and the Bully,’” Simia announced to a class Thursday.

“Duke and the Bully” may be a story Simia made up, but unfortunately what happens in the book happens every single day in real life.

“I see a lot of bullies in my school who bully each other and I feel like that is wrong,” Simia said. “If I wrote this book, they would understand why not to bully people.”

Simia didn’t just write one book and call it done, she’s made a trilogy outlining good choices kids should be making.

“I’m doing something right as a mom!” Simia’s mom, Tameria Cox said. “I’m very proud of her and I’m happy that she chose this theme. I think that it’s something that’s prevalent in childhood right now, which is really sad. But it is something that we need to address and handle.”

Simia said she’s not done yet either. She’s writing a fourth book that will dive into what it’s like on the other side.

“Duke was getting bullied and now he’s the bully,” Simia explained.

Simia’s school was so impressed by her initiative, Eastbrook Elementary decided to buy a book for every single first grader next year.

“As we try to discover and we try to eradicate bullying as we know is a major problem, that it doesn’t have to be solved by adults,” Eastbrook Elementary Principal Larry Huff said. “That kids can do that too. That’s important for me to make sure that our first graders know that they are empowered to make good choices themselves.”

The money from each book sold is going straight to Samia’s college fund, which she won’t see for awhile, but what she can see now is how her book is impacting the kids around her.

“I want them to understand bullying is not right and treating people right is always the way to go,” Simia said.

If you want a book for yourself or want to support Samia, you can email skclibraries@gmail.com.