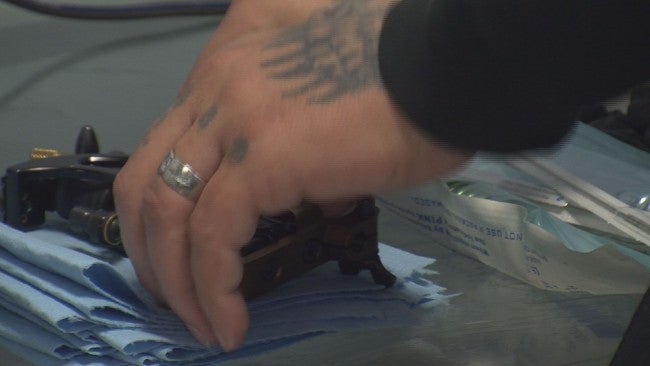 TIPPECANOE COUNTY, Ind. (WLFI) – When you walk into a tattoo or piercing studio, you probably want it to be clean and sanitary. In 1997, Indiana passed guidelines for body modification to make sure licensed people are doing the work in a safe environment.

He said it’s up to each county to create an ordinance to enforce the guidelines. Rich said about one-third of Indiana counties have those.

Tippecanoe County started to write one more than 10 years ago. On Monday morning, the county’s first body modification ordinance was passed on first reading.

“Having this kind of ordinance sets us up to say, hey we’ve been inspected, we’ve been checked out, we’ve been vetted. This guy hasn’t,” McGill said

The ordinance says each business and practitioner has to get a yearly permit and the Health Department can inspect each business twice a year. It also sets sanitation standards and bans temporary and mobile body modification businesses like people working out of their homes.

That’s something McGill said he has seen at its worst.

“We have seen all kinds of horror come in through our studio,” McGill said. “Not just shotty work, but infections, rejection of piercings, imbedded piercings – it’s horrible.”

Rich sent a notice about the ordinance to 18 known body modification businesses in the county hoping to work with shop owners in writing the rules.

“All the known establishments we know of have been sent notices,” Rich said. “Only these four are the ones that have responded.”

Although only four businesses worked with the Health Department, Rich said there has been no known opposition to the ordinance as it’s written. If the ordinance passes commissioners for a second time at the meeting June 15, a new ordinance would then be on the books.

We Stand Together / 46 mins ago