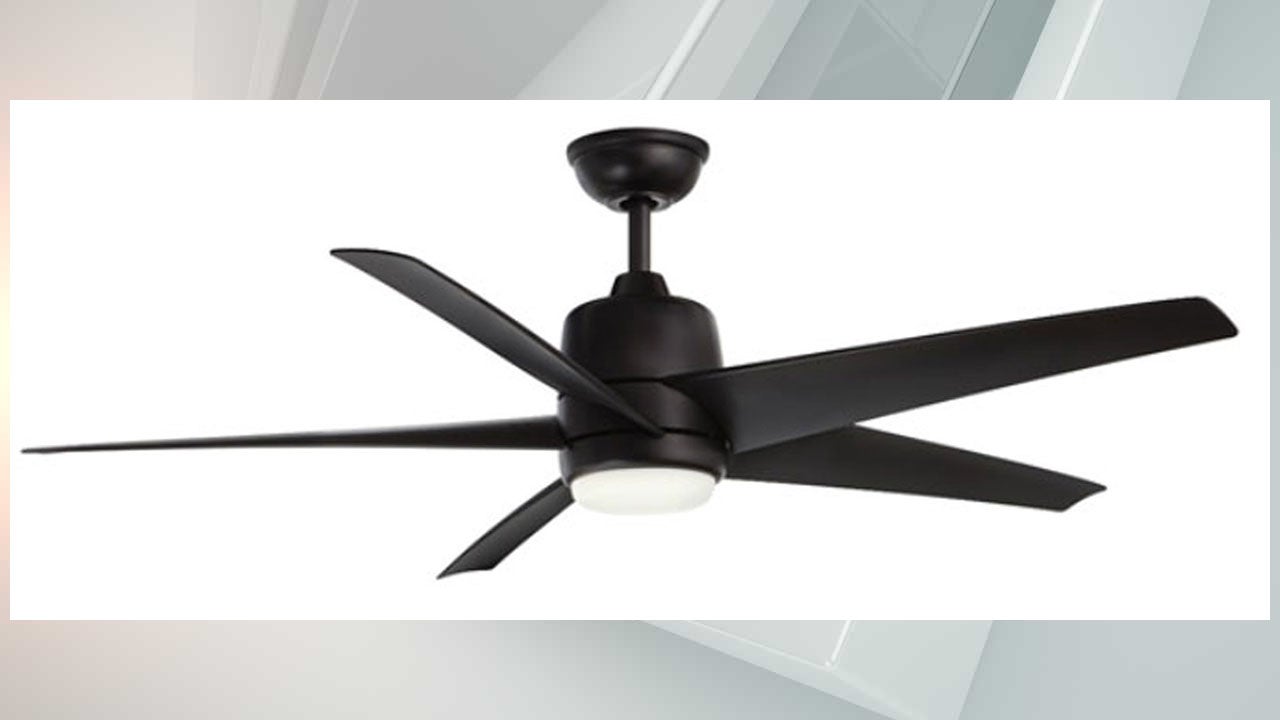 (CNN) — More than 190,000 ceiling fans have been recalled because the fans’ blades can detach while in use.

King of Fans, a Fort Lauderdale, Florida-based company that makes the 54-inch Mara ceiling fans, announced the recall on Wednesday after receiving 47 reports of blades detaching, according to a statement from the U.S. Consumer Product Safety Commission. The fans had been sold at nationwide Home Depot stores.

King of Fans noted that not all of its Mara ceiling fans are being recalled. The CPSC said the recall applies to the company’s Mara ceiling fans with matte white, matte black, black and polished nickel finishes. The commission instructed consumers who have purchased these items to “immediately stop” using them.

“If consumers observe blade movement or uneven gaps between the blades and fan body or movement of the clip during inspection, consumers should immediately contact King of Fans for a free replacement ceiling fan,” the commission said.

King of Fans said the ceiling fan malfunctions were caused by “an isolated manufacturing defect with the assembly of the fan blade’s locking clip to the fan flywheel.”

“One of the two screws retaining the locking clip is not adequately secured to the flywheel,” the company said in a statement posted on its website. “If this occurs, the blade may detach from the fan during use, posing an injury hazard.”

The Consumer Product Safety Commission said the recalled ceiling fans cost about $150 and were sold exclusively at nationwide Home Depot stores and on the company’s website from April through October.

Home Depot confirmed via email that it sold about 80,000 of the fans before pulling them from stores. When it discovered the issue, the retailer said it “voluntarily recalled the product and stopped sales.”

“We’re committed to the safety and quality of our products,” a Home Depot spokesperson said via email.