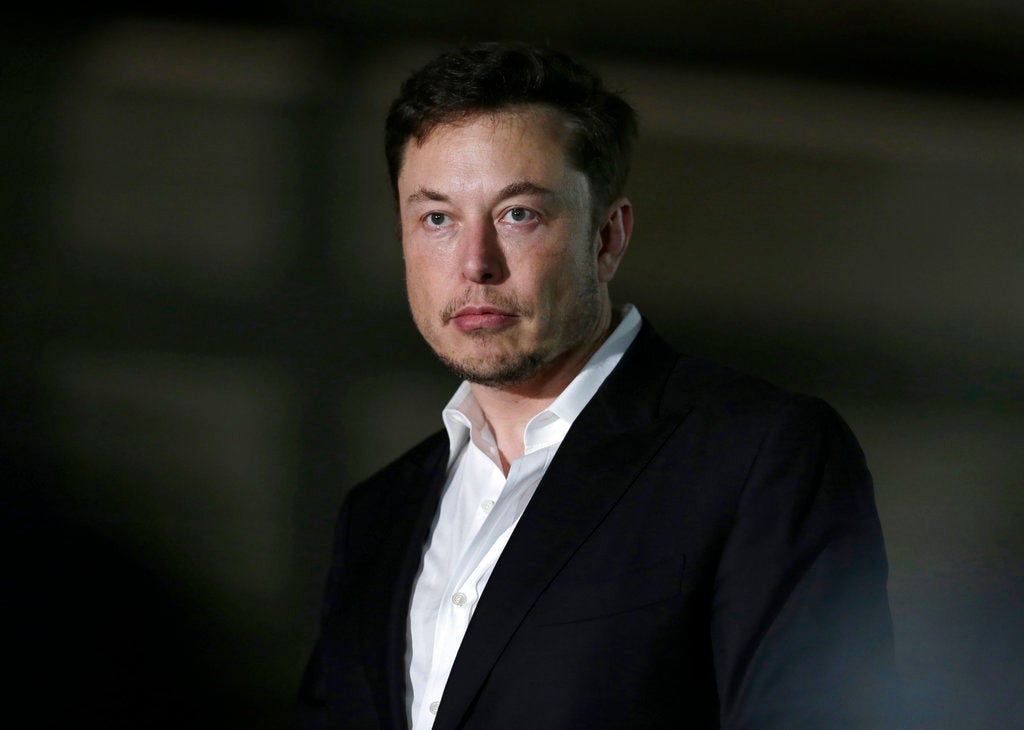 (CNN) — Tesla’s fortunes have made quite a journey since April 2018, when CEO Elon Musk posted a photo on Twitter of himself apparently asleep, lying on a Model 3, holding a ragged cardboard sign that read “Bankwupt!”

“There are many chapters of bankruptcy and, as critics so rightly pointed out, Tesla has them *all*” Musk tweeted, in an apparent April Fools Joke.

But at the time, Tesla’s finances were nothing to laugh about. Tesla came within about a month of bankruptcy when bringing the Model 3 to mass production, Musk said last month. Tesla persevered through the dark stretch and begin reporting a string of profitable quarters in 2019, even ending the year with a slight profit. Tesla’s 2020 on its own has been a roller coaster. Its stock began to surge in early 2020, before plummeting to its low for the year on March 18, as the pandemic hit and the world’s economy unraveled.

On the same day that Tesla’s stock bottomed in March, Nio, a Chinese electric vehicle company, warned for the second time in three months that it was running out of cash to operate in the future. It had just lost $1.6 billion in 2019.

And Nio’s stock rallied this summer, too. It’s grown roughly 1200% this year, and it is now worth nearly as much as General Motors. Electric vehicle experts say that excitement and energy around the industry hit a new peak in 2020. The stock prices and fundraising fortunes of electric vehicle companies worldwide have thrived in stark contrast to businesses that have generally stumbled through 2020’s pandemic.

“People are betting that this is a new soda pop market, and Tesla represents Coca-Cola, the dominant name brand,” said Reilly Brennan, a venture capitalist at Trucks VC, which invests in transportation startups.

Some view the electric vehicle excitement as overzealous and resembling a mania, as unproven and unprofitable companies have enjoyed soaring stock prices and raised huge sums of cash.

But those low moments appear to be forgotten as the stock prices of Tesla and Nio have sky-rocketed. Tesla became the world’s most valuable automaker this summer, and is now worth more than Toyota, VW, Daimler, Ford, GM and Honda combined. Tesla’s stock has surged more than 600% this year even as it sold about 1% of the vehicles those automakers sold in 2019.

Here’s a look back at the breakout year for electric vehicles.

Tesla has said it hopes to produce 500,000 vehicles this year, which would be a 27% increase from its 2019 sales. No matter how the end of its year plays out, Tesla will easily surpass its 2019 production. There’s plenty of room for growth as electric vehicles made up less than 3% of global vehicle sales in 2019, according to the International Energy Agency. Other electric vehicle companies credit Tesla’s success with helping to demonstrate that electric vehicles are for real.

Government interest in electric vehicles also helped the industry surge this year. California governor Gavin Newsom said in September that all new cars and trucks sold in the state would be zero-emission by 2035. The British government announced in November that it would ban sales of gas and diesel cars in 2030. Proterra, a California-based manufacturer of electric buses, told CNN Business that it saw a 65% increase in requests for proposals from North American transit agencies, seeking electric buses, when compared with 2019.

Private transportation companies have joined the electric push too. Ridehailing businesses Uber and Lyft said this year that they plan to transition to all-electric vehicles by 2030. Michael Farkas, who founded electric vehicle charging company Blink Charging in 1998, said for years he was viewed as a crackpot. That’s starting to change, he said.

“Every single car company on the face of planet has committed to EVs in a very big way,” Farkas said. “The news is overwhelming.”

This year GM also announced plans to invest $2 billion in the electric and fuel cell truck company Nikola, including developing a pickup truck together. But GM backed out of most of the investment last month amid the fallout of a short-seller report that alleged fraud at Nikola, and led to the resignation of founder Trevor Milton.

For some observers, the run-up in electric vehicle stocks seems like irrational exuberance, and proof of a mania. Nikola, which hasn’t sold a production vehicle yet, was briefly valued at more than Ford this June.

Good intentions may be driving the excitement. Mark Frohnmayer, founder of the Oregon-based electric vehicle company Arcimoto, believes the pandemic was a wake-up call for many, that society needs to change and embrace better transportation.

He said electric vehicle companies like his have benefited from new retail investors, who he says turned to the popular investment app Robinhood early in the pandemic. Arcimoto’s stock has grown ten times this year to hit record highs, something Frohnmayer didn’t expect when the pandemic hit.

“People were laid off from work, no sports were on,” Frohnmayer said. “They’re betting with their ethics for the future of the world.”

“For a company as conservative and historic and foundational to the auto industry as General Motors to have been on the verge of highly integrating with Nikola, I don’t think you can question there’s some electric car mania,” Brauer said.