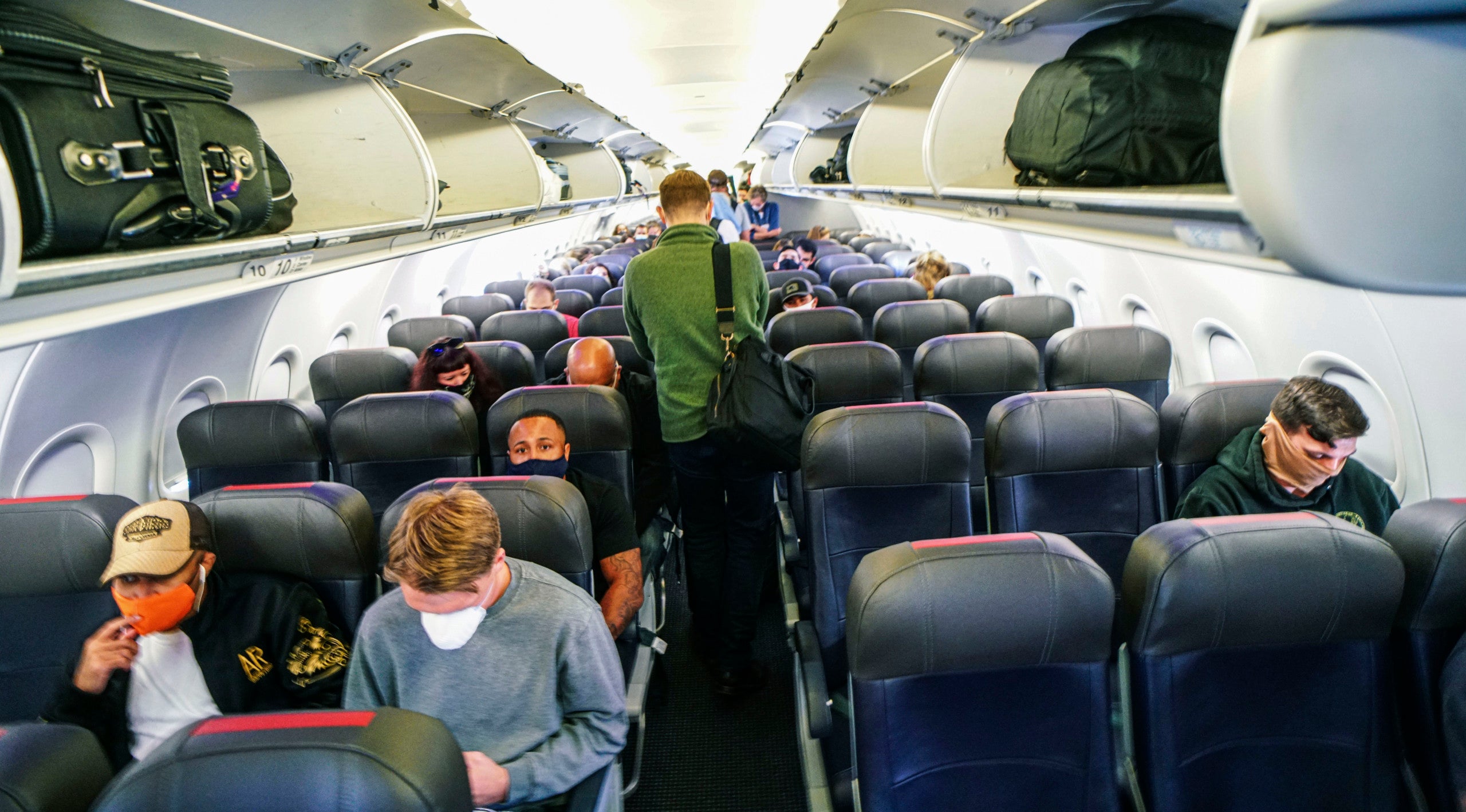 DALLAS (AP) — American Airlines has banned a man who was kicked off a plane for refusing to wear a face covering, among the first such incidents since airlines promised this week to step up enforcement of their mask rules.

A spokesman for American said Thursday that the airline decided to ban the man after reviewing the incident, which occurred Wednesday at New York’s LaGuardia Airport.

According to the airline, conservative activist Brandon Straka ignored requests by crew members to wear a mask while the plane with 122 passengers prepared to leave for Dallas-Fort Worth. He was ordered off the 172-seat plane and put on a later flight.

American said Straka will be banned until the airline drops its requirement that passengers and crew members wear face coverings to limit spread of the virus that causes COVID-19.

“We are committed to protecting the safety and well-being of our customers and team members, which is why we strengthened enforcement of our policy for required face coverings on board,” said airline spokesman Ross Feinstein. “We expect customers who choose to fly with us to comply with these policies, and if necessary, we will deny future travel for customers who refuse to do so.”

Straka recorded an exchange with a flight attendant on the plane. In another video that he posted on Twitter after being banished to the gate area, he said there is no law requiring passengers to wear a mask.

That is true — it is only a policy by the airlines. The Federal Aviation Administration has declined requests by airlines and their labor unions to make masks mandatory.

American and other leading U.S. airlines announced the mask rules last month. This week, they vowed to step up enforcement after several instances in which people complained about other passengers not covering their faces.

Most of the airlines make exceptions for young children, for passengers while they are eating or drinking, and for those with some medical conditions.