Applebee’s thinks it knows the way to your heart: Cheeto-flavored wings 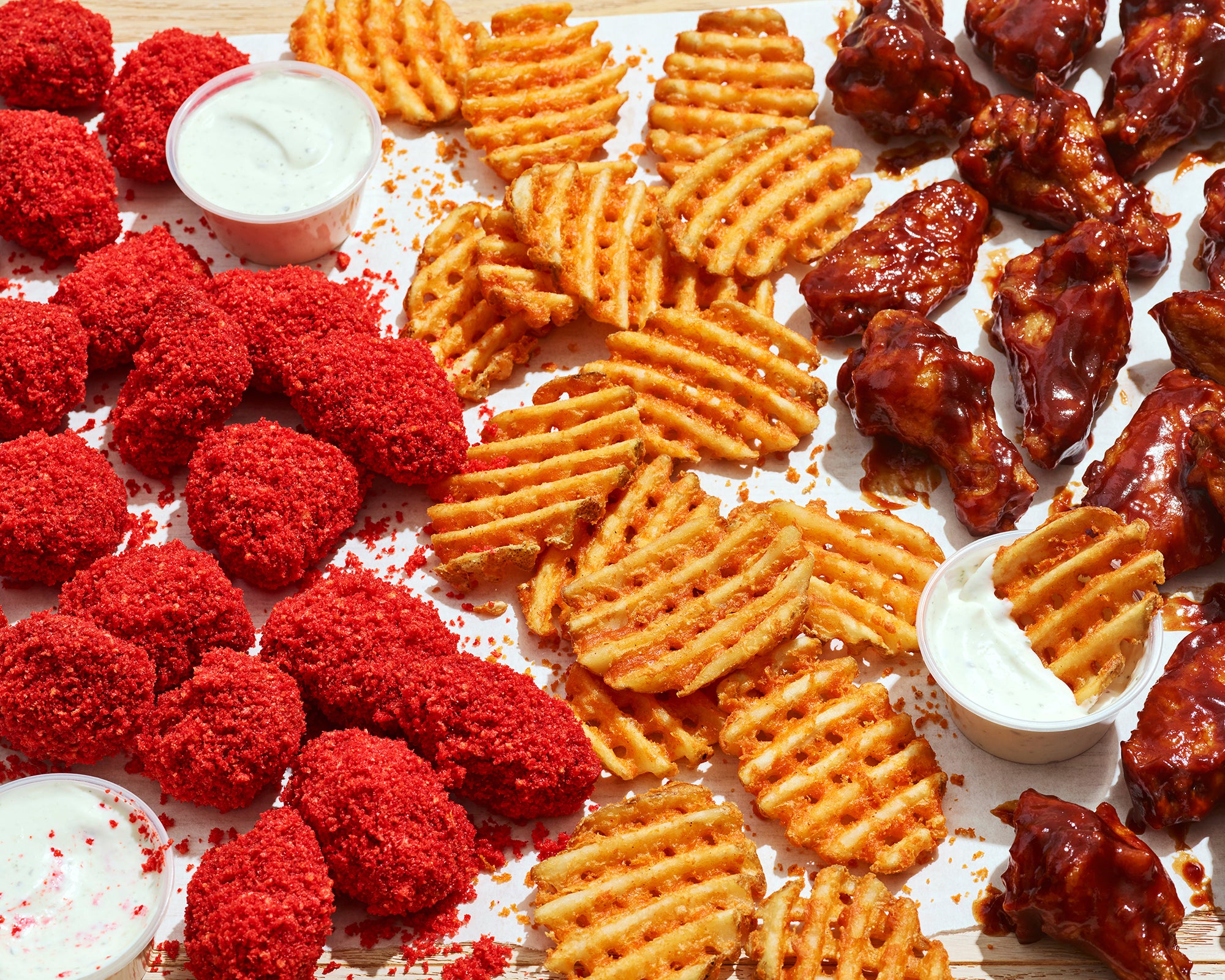 Customers can start ordering from Cosmic Wings, which is available through Uber Eats, on Wednesday. On the menu: wings with two exclusive Cheetos sauces, original and Flamin’ Hot, plus cheese bites, chicken tender dippers, waffle fries and onion rings. The brand will operate out of about 1,300 Applebee’s locations across the country but won’t have its own restaurants.

Casual dining chains like Applebee’s, which have suffered even more than some other restaurants during the pandemic, have been experimenting with virtual brands as a way to boost sales and make use of well-equipped kitchens at a time when more people are ordering delivery. Sales at Applebee’s restaurants open at least a year fell 13% in the third quarter of 2020.

Applebee’s has already tried out a similar concept, called “Neighborhood Wings by Applebee’s,” which was introduced in the spring. Applebee’s is “winding down” the concept as it introduces the new brand, said Scott Gladstone, VP of strategy and development for Applebee’s.

“[Neighborhood Wings] was our first foray into a virtual-only menu,” he said. “We learned a lot … one of the big learnings was that we had to offer something exclusive and popular.”

PepsiCo, which owns Cheetos, and Applebee’s developed the recipe for Cheetos wings together, Gladstone said.

Though the idea for the item started before the pandemic, the timing for the launch “looks good,” said Gladstone. Comfort foods that travel well, like wings and pizza, have been selling well during the pandemic. Consumers are also reaching for nostalgic snacks like Cheetos.