Arby’s is selling meat by the pound 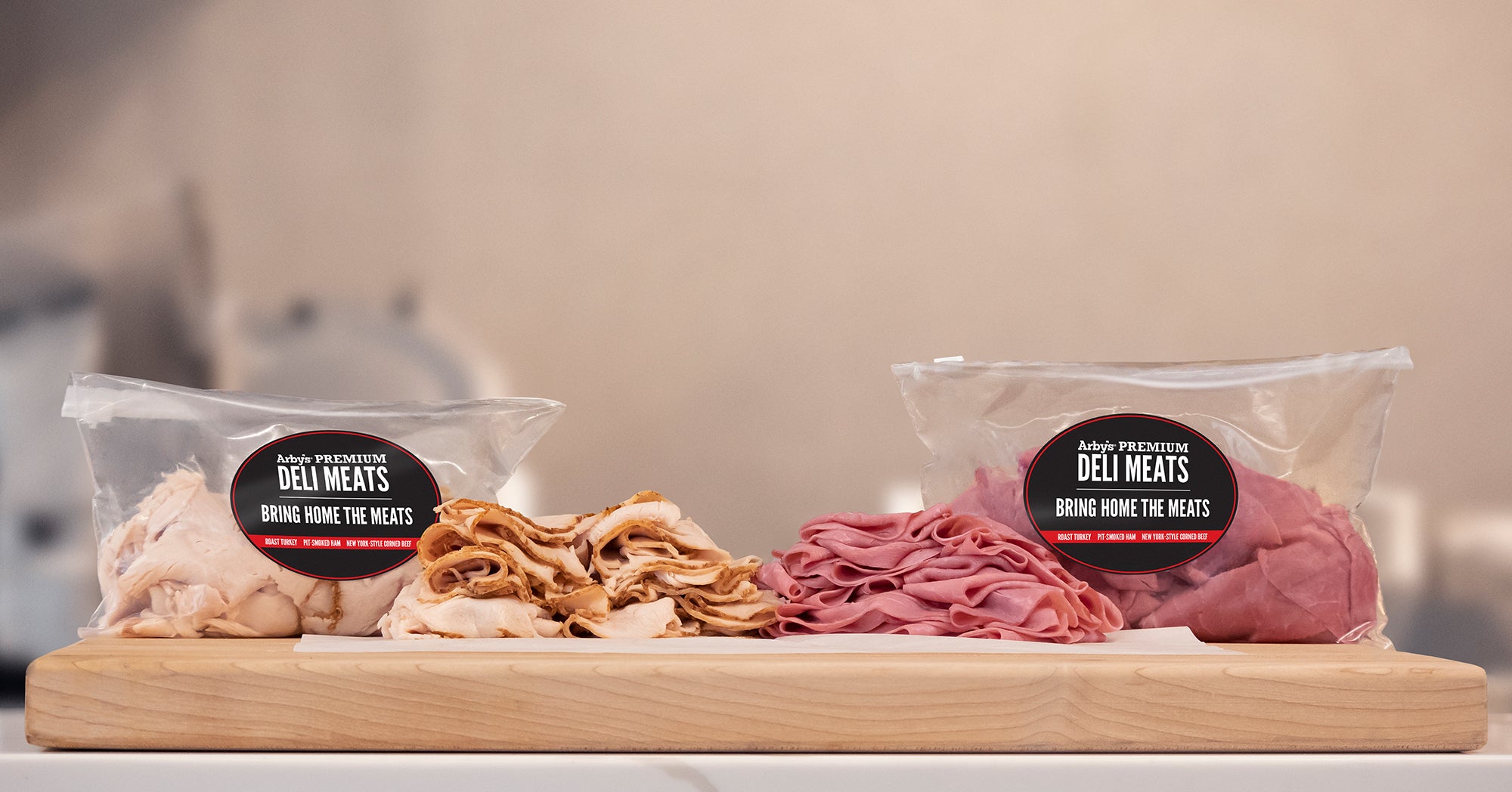 (CNN) — Arby’s is best known for selling its succulent meats inside sandwiches. Now, some customers can get them to go, without the extras.

The restaurant has been selling three of its sliced meats (roast turkey, ham and corned beef) in half-pound and pound packages at nine Atlanta-area locations for a limited time. COVID-19 sparked the deli-like idea, with Arby’s explaining that people have long been asking for its freshly cut meat served in bulk.

“It’s not a gimmick. It’s about meeting an unmet need,” Arby’s Chief Marketing Officer Patrick Schwing told CNN Business. “We never felt compelled to do it until now because we know we can deliver a high-quality product with a great convenience versus going into a deli or grocery store.”

Arby’s chose the three meats based on a customer survey, which found that people wanted cold cuts rather than meat that needs to be reheated, like its iconic roast beef. Schwing said that customers’ reaction has been a “bit unexpected” because it’s the first time they’ve sold the meats in this format.

All three meats are sliced at the restaurant and cost roughly the same as sliced deli meat at a grocery store: $4.99 for a half pound and $8.99 for one pound. They can be ordered through drive-thrus. The trial began in mid-July and is slated to end later this month.

“We’re not sure that everyone fully appreciates the quality and preparation of our products,” Schwing said. “That’s why were showcasing the meat without the other accoutrements.” He acknowledged that people might not necessarily come to Arby’s just for this, but instead add it to their to-go order and have one fewer thing to do, like stopping by the grocery store.

Arby’s is owned by Inspire Brands, a privately held company that also owns Buffalo Wild Wings, Sonic and Jimmy John’s. So, it doesn’t reveal exact sales numbers. However, Schwing said Arby’s has noticed a trend in recent months similar to other fast food restaurants with a “bulk” of its business coming through drive-thrus and customers stocking up with larger orders, such as families.

Arby’s might extend the test to its other meats, which sells roughly 10 types, or go nationwide if it’s successful. Schwing cautioned the brand doesn’t want to “scale something that isn’t mission critical,” because the pandemic could further change peoples’ wants.

Other fast food restaurants also sell their items in nontraditional ways as people start eating more at home. For example, Chick-fil-A and Shake Shack both sell meal kits and Panera has been selling groceries.

Morningstar analyst R.J. Hottovy told CNN Business that those formats are another way to engage with its customers and gain goodwiil.

“The biggest challenge that restaurant companies have in launching something like this is that it could add operational complexity, but it looks like Arby’s had been thoughtful about how they’ve implemented the test so far with minimal disruption,” Hottovy said.

He doesn’t expect them to become “major revenue drivers,” but adds these services “will continue in a post-pandemic environment, especially those that can be integrated into a restaurant’s existing delivery and drive thru operations.”