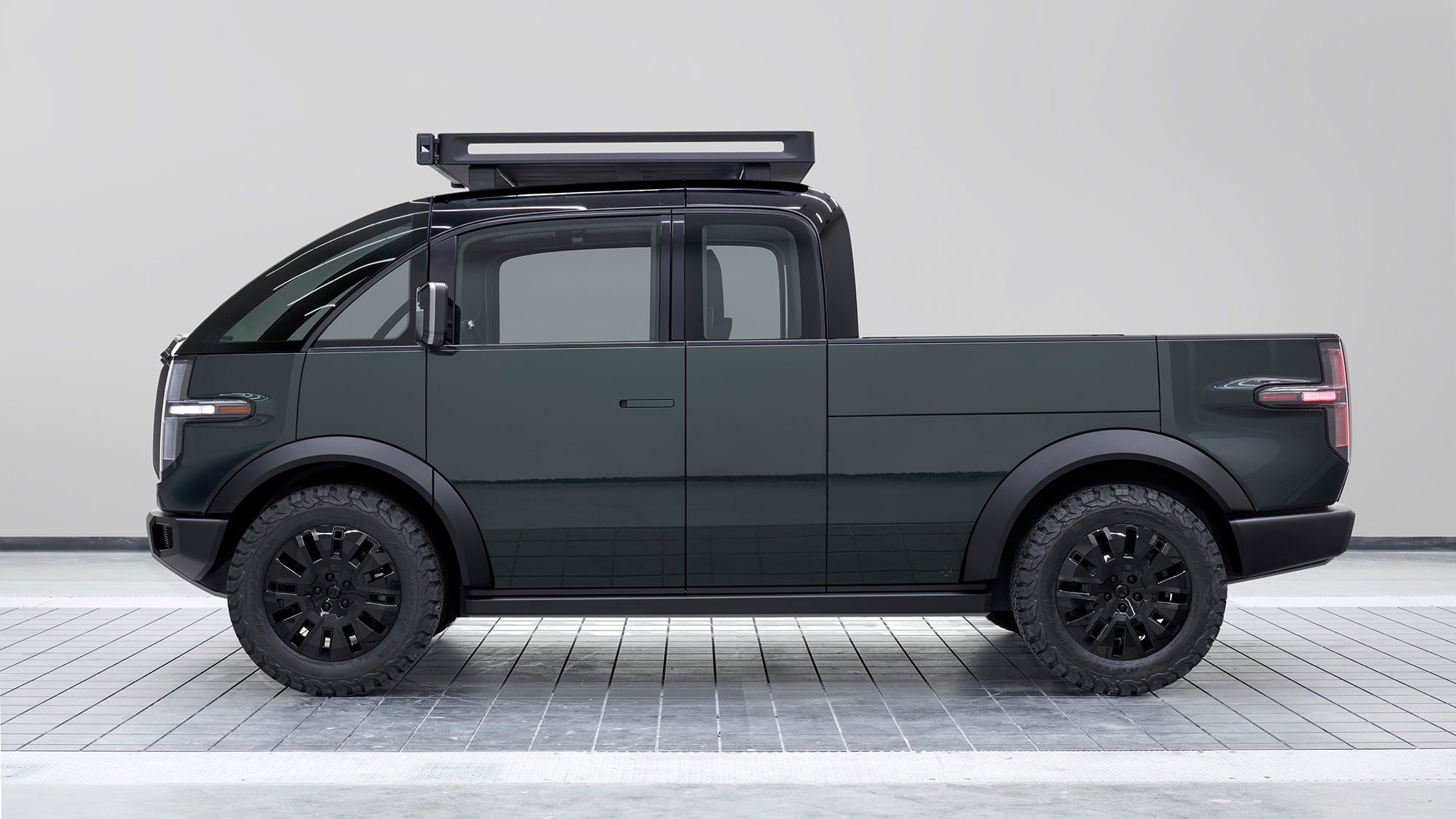 (CNN) — With no need to house a big engine under a long hood, electric pickup truck designers are getting creative with shapes.

There’s Tesla’s wedge-shaped Cybertruck, and Amazon-backed Rivian is planning to put a trunk where the engine would normally go.

Now, another California-based electric vehicle startup Canoo has revealed a pickup truck with a “cab forward” design that places the driver almost directly over the front wheels.

Instead of a hood, the Canoo truck has a flat front like a van. That allows more room for cargo bed space without making the truck too large overall.

The Canoo truck is 184 inches long, or just a little longer than a Toyota Corolla. It is much shorter than the Tesla Cybertuck, but the bed, at 6 feet, is only 6 inches shorter. The Cybertuck does seat more people, though. The Canoo’s cargo bed also has an extension that can slide out, providing two additional feet of length.

The Canoo truck’s snub-nosed body shape is similar to some trucks from the 1950s and ’60s, such General Motors’ Corvair pickup, the Jeep Forward Control truck and the Volkswagen Type 2 pickup, which was based on the VW bus.

The elimination of the engine also allows for more storage space inside the truck besides just the cargo bed. There’s additional storage up front under the cab, for instance. The door that folds down from the front of the truck can also be used as a work table, the same way people often use pickup tailgates.

Similarly, doors also fold down from the sides of the cargo bed to allow easier access there. Those doors can also be used as workbenches.

Canoo expects the truck to produce up to 600 horsepower and 550 pound feet of torque from two electric motors, which is more than a V8-powered Ford F-150. The truck could drive over 200 miles on a charge, the company said.

In February 2020, Canoo and the Hyundai Motor Co. announced plans to jointly develop an engineering platform for electric vehicles for use in both Hyundai and Kia vehicles.

Canoo has previously unveiled two vans, one a work van and another a “lifestyle” passenger van. The vans and the pickup are based on Canoo’s skateboard-likeplatform that allows for a variety of body styles.

The company went public late last year through a special purpose acquisition company, or SPAC, merger and now has a market capitalization of $3.4 billion.

The company has not announced pricing for the truck, but has said it hopes to begin delivering it to customers in 2023. Besides the Tesla Cybertruck, the Canoo truck may also face competition from other startups like Rivian, as well as from traditional automakers like Ford which plans to make an electric F-150 pickup.