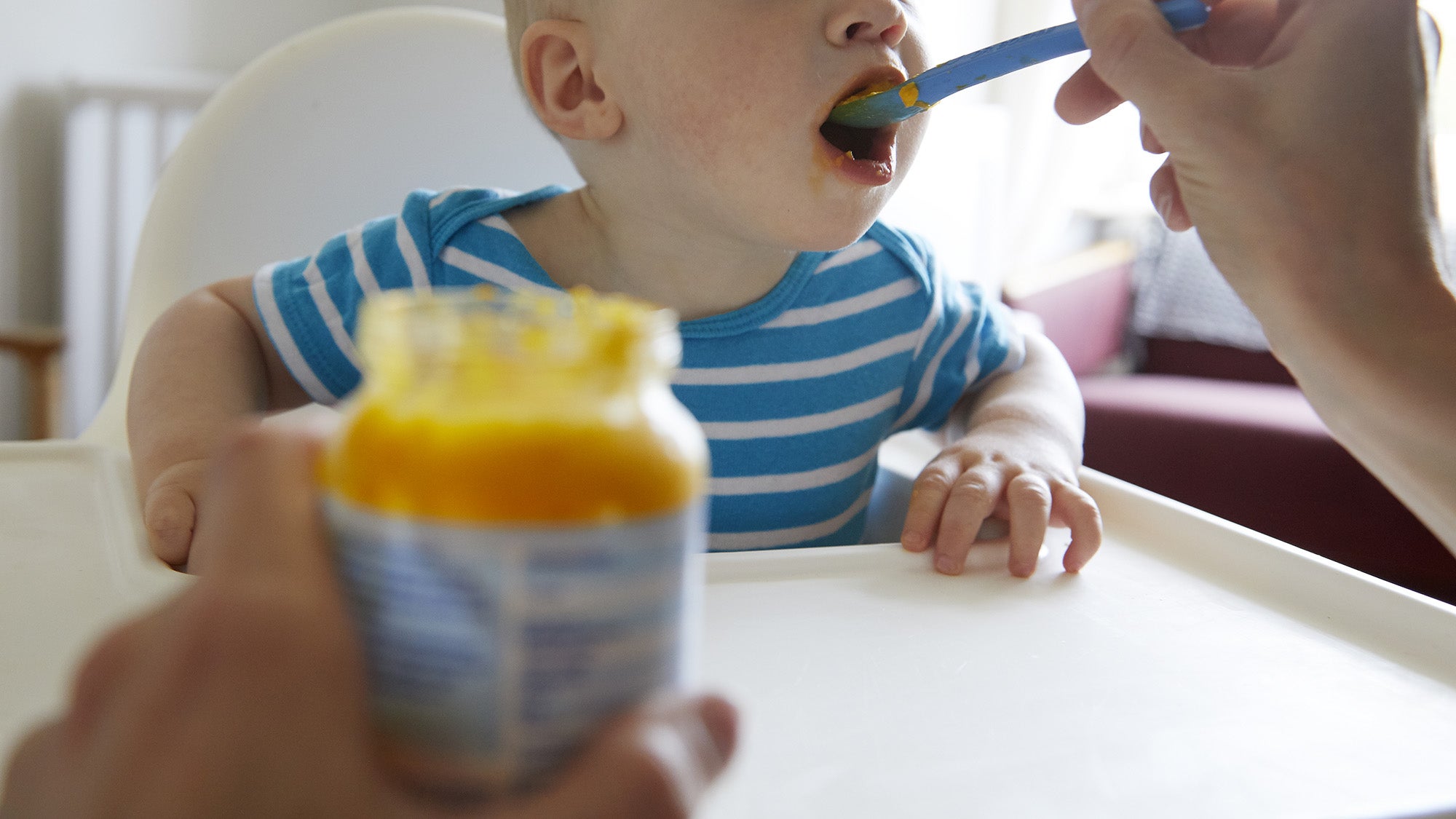 “Dangerous levels of toxic metals like arsenic, lead, cadmium and mercury exist in baby foods at levels that exceed what experts and governing bodies say are permissible,” said Democratic Rep. Raja Krishnamoorthi of Illinois, chair of the House Subcommittee on Economic and Consumer Policy, which conducted the investigation, signed by the Democratic members.

Krishnamoorthi said the spreadsheets provided by manufacturers are “shocking” because they show evidence that some baby foods contain hundreds of parts per billion of dangerous metals. “Yet we know that in a lot of cases, we should not have anything more than single digit parts per billion of any of these metals in any of our foods,” he told CNN.

Chemicals of concern for children

Arsenic, lead, cadmium and mercury are in the World Health Organization’s top 10 chemicals of concern for infants and children.

As natural elements, they are in the soil in which crops are grown and thus can’t be avoided. Some crop fields and regions, however, contain more toxic levels than others, partly due to the overuse of metal-containing pesticides and ongoing industrial pollution.

“There was a time where we used metals as the predominant pesticide for many years, assuming it was safe,” said Dr. Leonardo Trasande, chief of environmental pediatrics at NYU Langone.

All of these heavy metals have been linked to cancer, chronic disease and neurotoxic effects, but it’s the devastating damage that can be done to a developing baby’s brain that makes baby food toxicity so critical.

The US Food and Drug Administration has not yet set minimum levels for heavy metals in most infant food. The agency did set a standard of 100 parts per billion inorganic arsenic for infant rice cereal, but even that level is considered much too high for baby’s safety, critics say, especially since the FDA has already set a much lower standard of 10 parts per billion of inorganic arsenic for bottled water.

“Their brain is forming rapidly, and so when they’re exposed to metals that can interrupt those natural processes, the impacts range from behavioral problems to aggression to IQ loss and all kinds of cognitive and behavioral deficits that can persist throughout life,” Houlihan said.

“Pound for pound, babies get the highest dose of these heavy metals compared to other parts of the population,” she said. “So the consequences are serious.”

Healthy Babies Bright Futures published a report in 2019 that found toxic metals in 95% of the baby foods randomly pulled off supermarket shelves and tested — that exposé was the “inspiration” for the subcommittee’s work, Krishnamoorthi told CNN.

READ MORE: New US dietary guidelines include recs for babies and toddlers for first time

Baby food ingredients in certain products contained up to 91 times the inorganic arsenic level, up to 177 times the lead level, up to 69 times the cadmium level, and up to five times the mercury level allowed in bottled water, the report said, yet the companies still approved those products for sale.

Whether the baby food was organic or not did not matter, the subcommittee found — levels of toxic metals were still high.

CNN reached out to the four companies for reaction prior to the publication of the report, which none of them had yet seen.

Gerber told CNN in an email statement, in part, “All our foods meet our safety and quality standards, which are among the strictest in not just the U.S., but the world. Gerber foods are backed up by rigorous oversight at all levels of the growing and production process. Where government standards don’t currently exist, we develop our own rigorous standards by applying the latest food safety guidance.

“As stated in our 2019 response to the Congressional Inquiry, the elements in question occur naturally in the soil and water in which crops are grown. To minimize their presence, we take multiple steps including: prioritizing growing locations based on climate and soil composition; approving fields before crops are planted based on soil testing; rotating crops according to best available science; and testing of produce, water and other ingredients.”

Beech-Nut Nutrition said it “established heavy metal testing standards 35 years ago, and we continuously review and strengthen them wherever possible.” In addition, the company said it tested “every delivery of fruits, vegetables, rice and other ingredients for up to 255 contaminants to confirm that every shipment meets our strict quality standards. If the ingredients don’t meet our standards, we reject them.”

Hain noted that its internal testing procedures “are refined continuously in collaboration with the Food and Drug Administration and the Department of Agriculture to ensure our products exceed safety and nutrition standards — including screening out harmful levels of substances that occur naturally.

Happy Baby, which is part of Happy Family Organics, responded that the company “does not sell any products that have not been rigorously tested, and do not have products in-market with contaminant ranges outside of the limits set by the FDA.

“Many of the results we provided as part of this 2019 report were collected based on a small portion of our portfolio and are not representative generally of our entire range of products at-shelf today. Also, the data points include two outliers of high lead results, not replicable in our testing, but which we included for completeness and transparency.”

READ MORE: How to avoid toxic metals in your baby’s food (and yours)

“The Subcommittee is greatly concerned that their lack of cooperation might be obscuring the presence of even higher levels of toxic heavy metals in their baby food products than their competitors’ products,” the report stated.

CNN reached out via email and phone multiple times to Sprout Organic Foods and Walmart, which sells Parent’s Choice, but did not receive comments before this story published.

A Campbell spokesperson did reply: “For more than 150 years, Campbell has placed the safety of consumers, especially our youngest consumers, above all else. That is why we fully cooperated with the House Oversight Subcommittee’s baby food review. We responded quickly to their questions and never refused anything requested of us.”

“Instead of producing any substantive information, Campbell provided a spreadsheet self-declaring that every one of its products ‘meets criteria,'” the subcommittee wrote. “Campbell’s evasion is concerning, as even limited independent testing has revealed the presence of toxic heavy metals in its baby food.”

A ‘secret’ presentation to the FDA

The slides showed the FDA that Hain routinely tested only the ingredients that go into their baby foods for heavy metals, and failed to test the finished product that would be sold, the report said.

“This presentation made clear that ingredient testing is inadequate, and that only final product testing can measure the true danger posed by baby foods.”

“We understand that a report has been sent to some media outlets, but we have not yet seen it and cannot comment further until we’ve had a chance to review it,” Hain told CNN in its statement.

READ MORE: Antibiotic use in babies linked to allergies, asthma and other conditions, study finds

No new action by the FDA

The FDA under the Trump administration took no new action in response to the presentation, the investigation found: “To this day, baby foods containing toxic heavy metals bear no label or warning to parents. Manufacturers are free to test only ingredients, or, for the vast majority of baby foods, to conduct no testing at all.”

CNN reached out to the FDA with a set of detailed questions about these issues raised by the report and received the following statement.

The FDA said, in part, “Sampling of infant rice cereal showed that since 2016 manufacturers have made significant progress in reducing arsenic in infant rice cereal products, demonstrating that this action level is achievable by industry.

Nurture (Happy Baby): Of the four companies who were part of the investigation, only Nurture tested the final product — the actual food babies would eat — after all ingredients had been added.

Internal documents from Nurture show that the company set a goal threshold of 100 parts per billion for inorganic arsenic in its final baby food product. Listed next to that goal was the actual level of arsenic found in the food.

Levels of lead, cadmium and mercury were often high as well, the subcommittee report said. Documents showed Nurture sold Happy Baby baby foods that tested as high as 500 parts per billion and 641 parts per billion for lead.

Hain (Earth’s Best Organic): Hain, along with Gerber and Beech-Nut, did not test its final products, the subcommittee found.

Instead, Hain tested various ingredients it added to the final product — such as cinnamon, blueberry puree and a mix of vitamins used to boost nutrient levels called a “vitamin pre-mix,” that tested at 223 parts per billion for inorganic arsenic.

No level of lead is safe for children, according to the American Academy of Pediatrics, yet Hain used ingredients containing as much as 352 parts per billion lead, internal documents showed.

Beech-Nut baby foods: Beech-Nut made baby food with ingredients that tested as “high as 913.4 ppb (parts per billion) arsenic,” the investigation found, including an additive for “crumb softness” that contained up to 710.90 parts per billion arsenic.

Beech-Nut also used “many ingredients with high lead content, including 483 that contained over 5 ppb (parts per billion) lead,” the subcommittee wrote.

Gerber baby foods: Gerber only tests ingredients, not the final product, the subcommittee said. Some of the ingredients used in making Gerber baby food, such as “conventional sweet potatoes,” tested as high as 48 parts per billion lead.

Legislation may be needed

The subcommittee report was clear on what should be done. Instead of setting limits for one food at a time, the FDA should standardize maximum levels for each toxic metal that can damage a baby’s developing brain and apply them to all foods.

There should be mandatory testing of any baby food product before it hits the shelves, the subcommittee recommended. Manufacturers should no longer be allowed to simply test ingredients.

Substitutes should be found for any ingredients over recommended limits, and if that cannot happen, then the food or ingredient should not be used in baby food, the subcommittee said. Take rice, for example, which is a primary source of inorganic arsenic exposure for babies.

“Every maker of baby food … is on notice that we in Congress are not going to sit back and accept the status quo anymore,” Krishnamoorthi said.

“I hope that companies would voluntarily start to undertake actions such as testing their food more properly and thoroughly and phase out certain ingredients that we know are problematic right now,” he said.

“But I’m also being realistic. We need legislation to compel compliance with standards that the FDA needs to develop.”