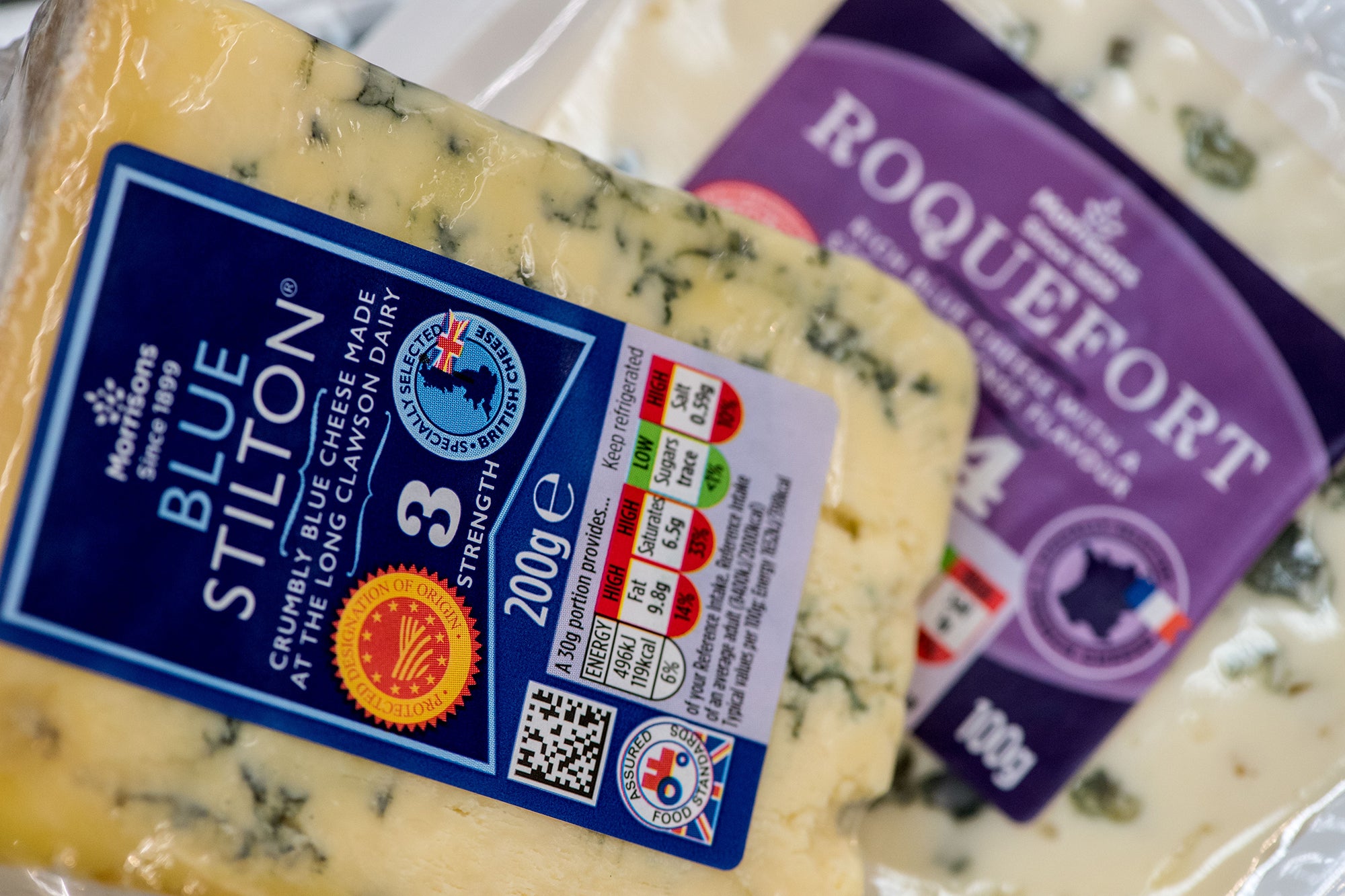 (CNN) — Cheese exports worth less than $150,000 could be holding up a trade deal between Britain and Japan.

Since Brexit, the UK government has struggled to replicate the trade agreements it once enjoyed with dozens of countries around the world as an EU member.

Now talks with Japan, Britain’s fourth biggest trading partner outside the European Union, appear to be running into trouble as the UK government tries to secure better terms than Tokyo agreed with the European Union just two years ago.

UK Trade Secretary Liz Truss is racing to do a deal before the United Kingdom loses access to the Japan agreement previously negotiated by Brussels when the post-Brexit transition period expires at the end of this year.

But Truss wants a better deal for British food producers, according to the Financial Times, which reports that agricultural tariffs have become a sticking point in negotiations. Truss has a “particular focus” on blue cheeses such as Stilton, the newspaper said.

Stilton Blue is an English cheese that may only be produced in three areas of the country and enjoys protected food name status under EU origin rules — in the same way that sparkling wine can only be called champagne if it comes from the Champagne region of France.

The Department for International Trade declined to comment on the reports, but said that it aims to reach a formal agreement with Japan by the end of August — less than three months since negotiations began.

“We have reached consensus on the major elements of a deal — including ambitious provisions in areas like digital, data and financial services that go significantly beyond the EU-Japan deal,” Truss said in a statement.

Japan and the United Kingdom will also agree to eliminate tariffs on Japanese cars by 2026, according to the Nikkei Asian Review. Officials in Tokyo did not immediately respond to a request for comment.

Truss is attempting to replacethe huge deal signed between the European Union and Japan in 2018, which removed tariffs on European exports, such as cheese and wine, and reduced barriers to Japanese car imports.

It was estimated at the time that EU companies would save up to €1 billion ($1.2 billion) per year in tariffs.

The total value of trade between the United Kingdom and Japan was just over £29 billion ($38 billion) in 2018, making it Britain’s 11th biggest trading partner that year. The United States, China and Switzerland are the only non-EU countries in the top 10, figures from the trade department show.

A bilateral trade agreement with Japan could increase UK GDP in the long run by around 0.07%, according to the trade department, compared with an estimated 5% reduction in economic growth as a consequence of Brexit.