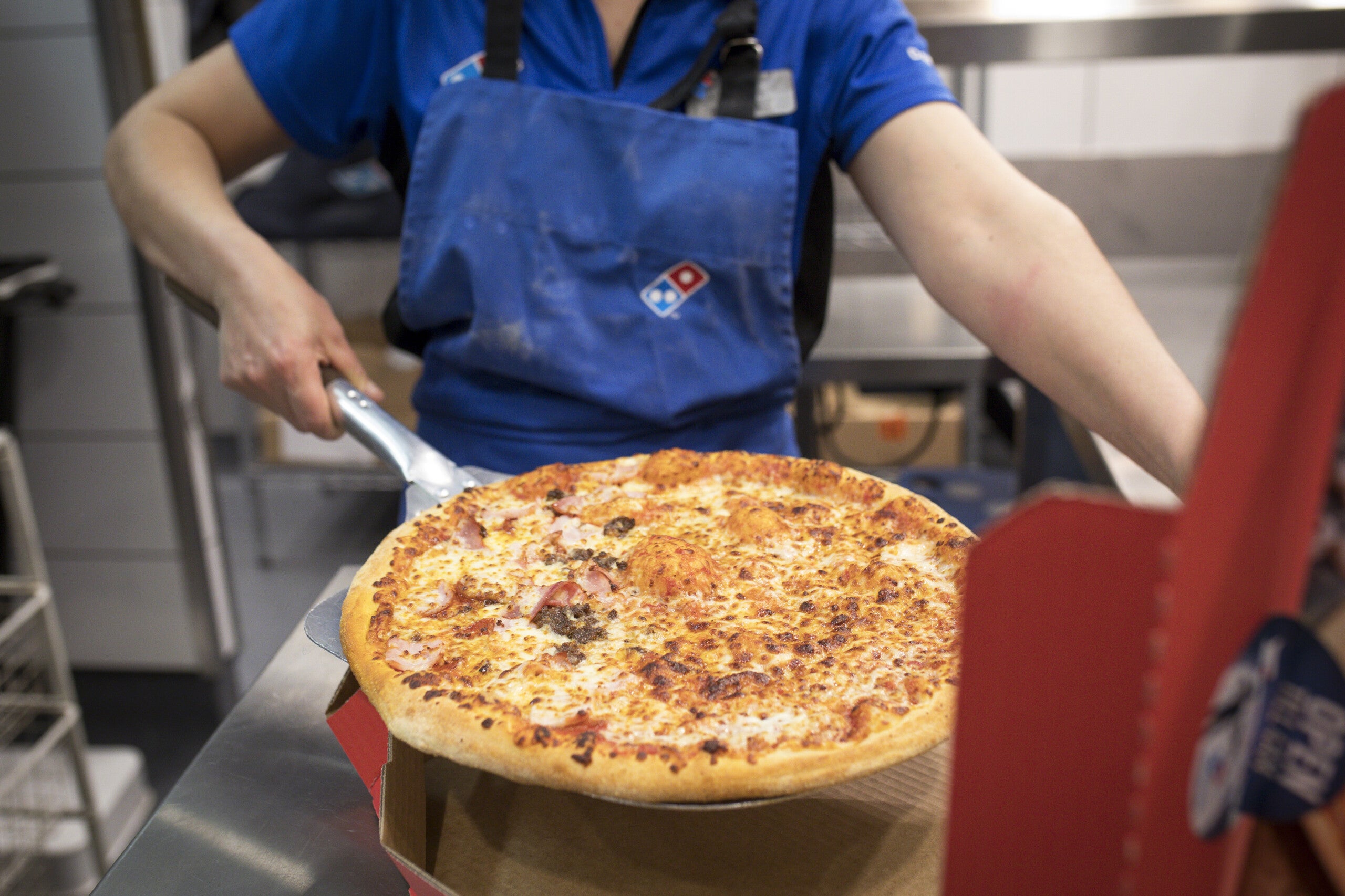 An employee places a cooked pizza into a delivery box inside a Domino's Pizza Group Plc store in Hanwell, London, U.K., on Monday, Feb. 27, 2017. Domino's Pizza said given continued strong new store performance and positive outlook both for its market and brand, it is increasing its long term target for the U.K. to 1,600 stores. (Provided Photo/Photographer: Jason Alden/Bloomberg via Getty Images via CNN)
by: Sara Spary, CNN Business
Posted: Jul 30, 2020 / 10:05 AM EST / Updated: Jul 30, 2020 / 10:05 AM EST

The pizza chain launched the promotion in New Zealand and Australia earlier this week, saying all “mask wearing, law abiding Karens… that aren’t, well, ‘Karens’” were eligible to enter online for a chance to win a free pizza.

But after it received complaints that the promotion was insensitive it pulled the offer from New Zealand andapologized in a Facebook post on Wednesday.

In popular internet culture, the name “Karen” has come to be used as a pejorative term to refer to white women who are ignorant of their privilege and are offensive and entitled.

“It’s a tough time to be a Karen,” the chain said on its social channels Tuesday, before offering free pizza to people named Karen who were not “Karens.”

In a press release issued on Tuesday in Australia, Domino’s said the word had become “quite the insult to anyone actually named Karen” and “synonymous with anyone who is entitled, selfish and likes to complain.”

“Well, today we’re taking the name Karen back,” the statement added, saying Domino’s wanted to “celebrate all the great Karens out there.”

However, the promotion prompted a flurry of responses online from people who said Domino’s had not hit the right tone, and instead should focus on real minorities, the vulnerable, and marginalized groups.

Another person said that there were “genuinely” marginalized people who should be recognized. “This misses the mark completely. Give pizza to people in poverty, people who can’t get a wage subsidy… people who are ACTUALLY struggling,” the person commented.

In response, Domino’s New Zealand apologized on Facebook, writing in a post: “We are sorry. Throughout Covid-19 we’ve tried to bring a smile to customers faces, with our pizza and our social media.”

The chain said it had decided to delete its post in the country because “people interpreted this in a different way than we intended” in New Zealand.

“Our intention was one of inclusivity only. Our pizza brings people together and we only had this at the heart of the giveaway. We want you to know that we are always listening and learning and when we get it wrong, we fix it,” it said in the post.

The promotion still appears to be live across Domino’s social channels in Australia. CNN has contacted Domino’s Australia for comment.

Not everybody was pleased to see the New Zealand offer pulled. On Facebook, one person said: “I understood your intentions with that post, you’re right not everyone with the name Karen deserves the flack that the stereotype Karen gets.

“It’s unfortunate it got turned completely into something negative. Good on you for addressing/acknowledging the issue.”