Dow surges 4.9% in another wild day on hopes for virus aid 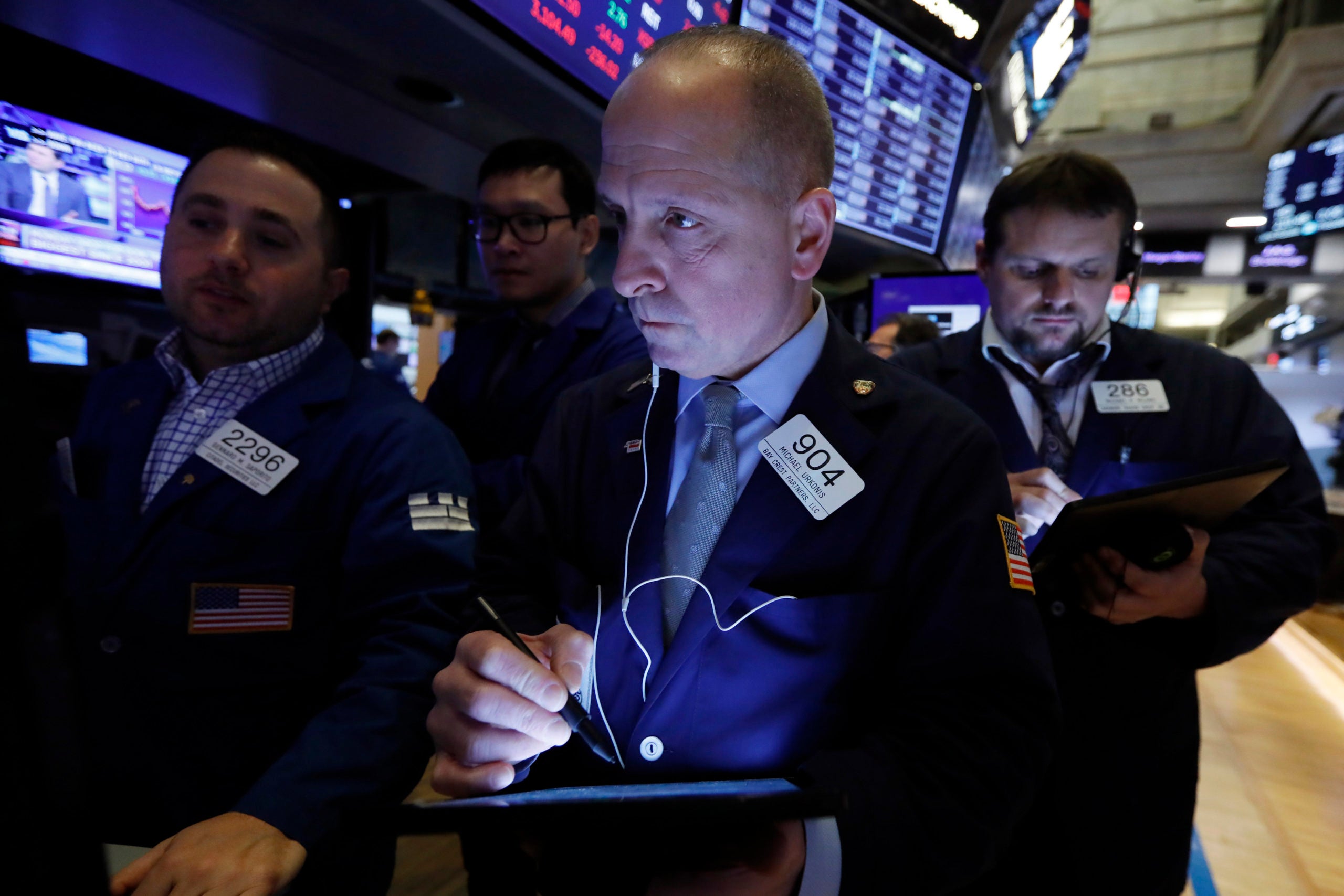 NEW YORK (AP) — Stocks on Tuesday recouped most of their historic losses from the prior day as hopes rose, faded and then bloomed again on Wall Street that the U.S. government will try to cushion the economic pain from the coronavirus.

The S&P 500 surged as much as 3.7% in the morning, only to see those gains evaporate by midday. The index then bounced up and down before turning decisively higher after President Donald Trump pitched his ideas for a break on payroll taxes and other economic relief to Senate Republicans.

The moves reflected the mood of a market just as preoccupied with the virus as the rest of the world. Since U.S. stocks set their record high just a few weeks ago, traders have crossed over from dismissing the economic pain created by COVID-19 — thinking it’s similar to the flu and could stay mostly contained in China — to being in thrall to it — worrying that it may cause a worldwide recession.

Severe price swings are likely to continue as long as the number of infections accelerates, market watchers say. In the meantime, investors want to see a big, coordinated response from governments and central banks to shore up the virus-weakened economy.

Monday’s 7.6% plunge for U.S. stocks was the sharpest since 2008, when global authorities banded together to rescue the economy from the financial crisis.

Investors saw glimmers of such a coordinated response, which led to Tuesday’s optimism.

At a White House press briefing Monday night, Trump said his administration would be asking Congress to pass payroll tax relief and other quick measures aimed at easing the impact of the coronavirus on workers.

In Japan, a task force set up by the prime minister approved a 430 billion yen ($4.1 billion) package Tuesday with support for small to medium-sized businesses.

But as markets waited on Tuesday for details about Trump’s plan, prices oscillated sharply.

After a meeting with major health insurers, Trump said the government is working with the cruise line industry, one of the hardest hit by the virus. That helped lift the market, which had earlier flipped to losses amid doubts that the government would announce anything soon.

The S&P 500 shuffled along with modest gains until rocketing higher in the last two hours of trading. That’s when Trump made his pitch for economic aid on Capitol Hill. Treasury Secretary Steven Mnuchin also met with House Speaker Nancy Pelosi, whose support would be needed for any deal in a deeply divided Congress. Mnuchin called the meeting productive.

“I would expect the authorities to pull out all the stops to reduce uncertainty,” said Alec Young, managing director of global markets research at FTSE Russell. “This may be their one opportunity to do that.”

Perhaps the most notable move in markets Tuesday was that Treasury yields pushed higher. The bond market rang warning bells about the virus long before the stock market, and a rise in yields is a sign that fear has receded a bit.

The recovery is pulling the stock market a bit further from the edge of a bear market, signified by a drop of 20% from a record. The S&P 500 is down 14.9% from its high. If it can rally back to that point, it would extend the longest-ever bull market, which began its climb after the market hit bottom on March 9, 2009.

For most people, the new coronavirus causes only mild or moderate symptoms, such as fever and cough. For some, especially older adults and people with existing health problems, it can cause more severe illness, including pneumonia.

The vast majority of people recover from the new virus. According to the World Health Organization, people with mild illness recover in about two weeks, while those with more severe illness may take three to six weeks to recover. In mainland China, where the virus first exploded, more than 80,000 people have been diagnosed and more than 58,000 have so far recovered.

But because the virus is new, experts can’t say for sure how far it will ultimately spread. That has investors worried about the worst-case scenario for corporate profits and the economy, where factories and supply chains are shut around the world due to quarantines and people stay huddled at home instead of working or spending.

Investors expect central banks around the world, which have done some of the heaviest lifting to prop up markets the last decade, to do more to cushion the blow.

Traders expect the Fed to cut rates again at its meeting next week. They’re also expecting some kind of action from the European Central Bank, which meets on Thursday.

But central banks have limited firepower, and some have already cut rates blow zero. That adds pressure on governments to do what they can as well. Investors are asking for quick, coordinated aid to provide support to companies and households who are going to be out income because of the virus.

For strategists at BlackRock Investment Institute, that could include generous sick-pay programs or even direct payments to households. For businesses, governments could suspend collecting tax revenue to give them some temporary relief and hold on to cash as the world waits for the outbreak to be contained.

“That would prevent these temporary disruptions from turning into a full-blown global recession,” strategists at BlackRock Investment Institute wrote in a report.

Until then, many investors have had a “sell-first, ask questions later” reaction to the uncertainty, said Greg McBride, chief financial analyst at Bankrate.com.

Still, he urges investors to avoid changing their long-term investment strategies, which can play out over years or decades, because of short-term volatility.

“Markets fall quickly, but they can rebound rapidly,” McBride said. “Investing is a marathon, not a sprint.”