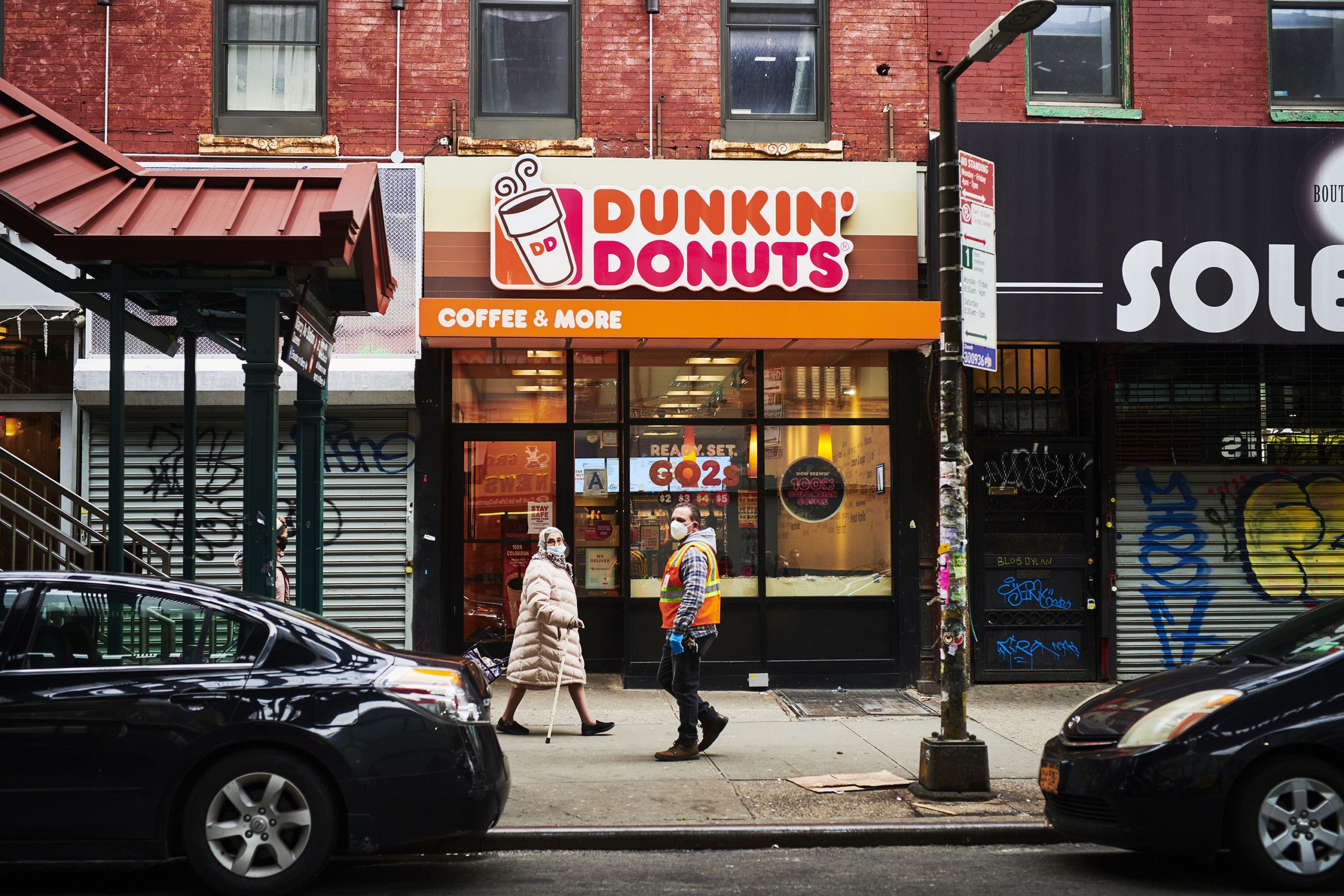 (CNN) — Dunkin’ franchise operators are planning to hire up to 25,000 employees as US restaurants start to reopen.

The breakfast and coffee chain said Monday that its franchisees are looking to fill a range positions, including management roles. It comes as the restaurant industry, which has been devastated in the pandemic, begins to recover the jobs it lost: Restaurants and bars added back nearly 1.4 million jobs in May as they reopened across the nation, according to the Bureau of Labor Statistics.

Dunkin’ spokeswoman Michelle King said in an email that some of the new positions are at restaurants seeking to ramp up after temporary closures. She added that “areas that may be seeking more help are cities hardest hit by the pandemic, such as New York City, Philadelphia, Washington D.C., Chicago and Boston.”

Investors welcomed the news. Dunkin’ popped about 4% during trading hours on Monday.

Dunkin’ was one of many companies that suspended its quarterly dividend during the crisis. But industry watchers expect the chain to recover.

Peter Saleh, a restaurant analyst with BTIG, wrote in a note last week that though Dunkin’s same-store sales are down 23% in the second quarter so far, the trend is improving.

“We expect the Dunkin’ US sales recovery to continue over the coming months,” he said, adding that Dunkin’ should be able to “navigate this environment with limited damage.”

KeyBanc restaurant analyst Eric Gonzalez saidin a research note published over the weekend that “we believe Dunkin has executed well during the pandemic,” he said, by supporting franchisees and developing its digital and off-premise businesses. “These efforts should drive momentum in the [short-term] as key markets reopen and over the [medium-term] with the help of national advertising, value, and digital loyalty,” he added.

It may seem like a risky time for a hiring spree — unemployment has been at historic highs during the pandemic, and it’s unclear how much consumers are willing to spend to dine out. And the future is shaky for restaurants, which have to reduce capacity in their dining rooms and make other changes to adapt to new social distancing rules.

Big chains aren’t immune: At Starbucks, “the need for modified operations and reduced store hours as well as economic impacts and shifted consumer behaviors are unfortunately impacting our partner hours,” wrote Rossann Williams, the company’s president for US company-operated business and Canada, in an open letter to employees last month.

But other chains have announced plans to hire in recent months.

Papa John’s said in March that it would hire 20,000 employees, and Taco Bell in May pledged to hire 30,000 employees. Domino’s, Buffalo Wild Wings and others are also hiring.

The chains that are rehiring now are the ones that have strong drive-thru, delivery or to-go businesses, said Morningstar restaurant analyst R.J. Hottovy. Dunkin’ fits the bill.

Saleh told CNN Business that Dunkin’ is likely trying to replace employees who were either let go or stopped working because of the pandemic. The company may be “starting to replenish some of the employees that they lost,” he said.