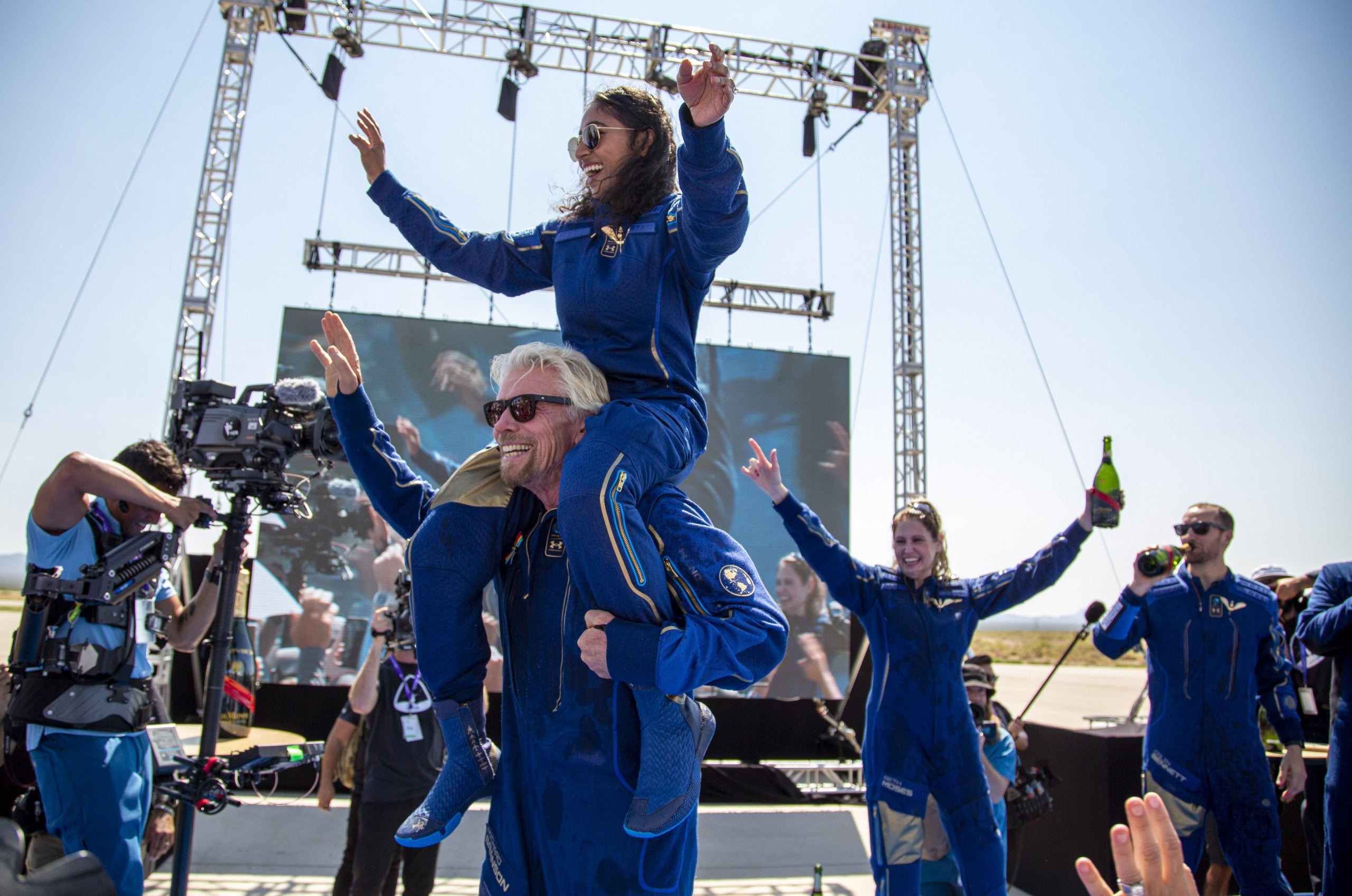 (CNN) — The Federal Aviation Administration confirmed late Wednesday it is investigating Richard Branson’s flight to space, saying the rocket-powered plane operated by his company, Virgin Galactic, veered off course during its descent.

The FAA’s statement came not long after the New Yorker’s Nicholas Schmidle reported that warning lights had shown up on the dashboard of Virgin Galactic’s SpaceShipTwo — signaling that the vehicle was on a wayward trajectory — as the company’s billionaire founder, Richard Branson, was riding in it during a minutes-long joyride-slash-PR-event that reached the edge of space. Schmidle also revealed the existence of the FAA investigation.

Virgin Galactic spokesperson Barney Gimbel confirmed in an email to CNN Business that the trajectory of the flight “changed,” adding that “when the glide cone message indicated that the pilots should modify the flight path to adjust the trajectory, our pilots did exactly as they were trained and followed the procedures.”

In its initial statement Wednesday afternoon, the company defended the safety of the flight, which had been dubbed “Unity 22,” saying that it disputes what it termed “the misleading characterizations and conclusions” in Schmidle’s article.

“Unity 22 was a safe and successful test flight that adhered to our flight procedures and training protocols. When the vehicle encountered high altitude winds which changed the trajectory, the pilots and systems monitored the trajectory to ensure it remained within mission parameters,” the company said.

“Although the flight’s ultimate trajectory deviated from our initial plan, it was a controlled and intentional flight path that allowed Unity 22 to successfully reach space and land safely at our Spaceport in New Mexico. At no time were passengers and crew put in any danger as a result of this change in trajectory,” it added.

The statement added that the pilots of the spaceplane encountered high-altitude winds, and “responded appropriately to these changing flight conditions.”

But in a separate statement in response to the FAA investigation, it also acknowledged that the flight “deviated from our initial plan” and the spacecraft dropped below the altitude it was approved to fly at for one minute and 41 seconds.

“At no time did the ship travel above any population centers or cause a hazard to the public,” the company added. “FAA representatives were present in our control room during the flight and in post-flight debriefs. We are working in partnership with the FAA to address the airspace for future flights.”

Virgin Galactic did not respond to follow-up questions about the reported warning lights in the cockpit of the spacecraft during Branson’s flight.

The pilots of the rocket-powered, supersonic SpaceShipTwo were faced with yellow and red warning indicators as the vehicle veered off course, according to Schmidle’s report.

The wayward orientation of the vehicle put the vehicle off kilter for its descent back to Earth, which could have forced it to make an emergency landing in the New Mexican desert, according to the article.

The new report adds to several bombshell scoops Schmidle has had about the company’s safety record, which its executives and PR officials have tried to sweep under the rug to save face among Virgin Galactic’s wealthy clientele and would-be space travelers.

Branson’s flight was only the fourth trip to space that Virgin Galactic has successfully completed following a tragic 2014 test flight that killed one pilot and badly injured another. And of those four trips, at least two have had serious safety issues. A test fight in 2019 — which was the first to include a passenger, Virgin Galactic engineer Beth Moses — nearly ended very differently due to a serious problem with the space plane’s wing, according to Schmidle, who also wrote “Test Gods,” a recently-published book about Virgin Galactic and years he spent with inside access to the company.

“This should have been a come-to-Jesus moment, not the kind of thing you brush under the rug,” Todd Ericson, Virgin Galactic’s former vice president of safety, who has since resigned from the company, told Schmidle last year.

Neither the FAA nor Virgin Galactic publicly disclosed the issues associated with the 2019 flight or Branson’s flight.

The FAA did not respond to requests for additional comment.