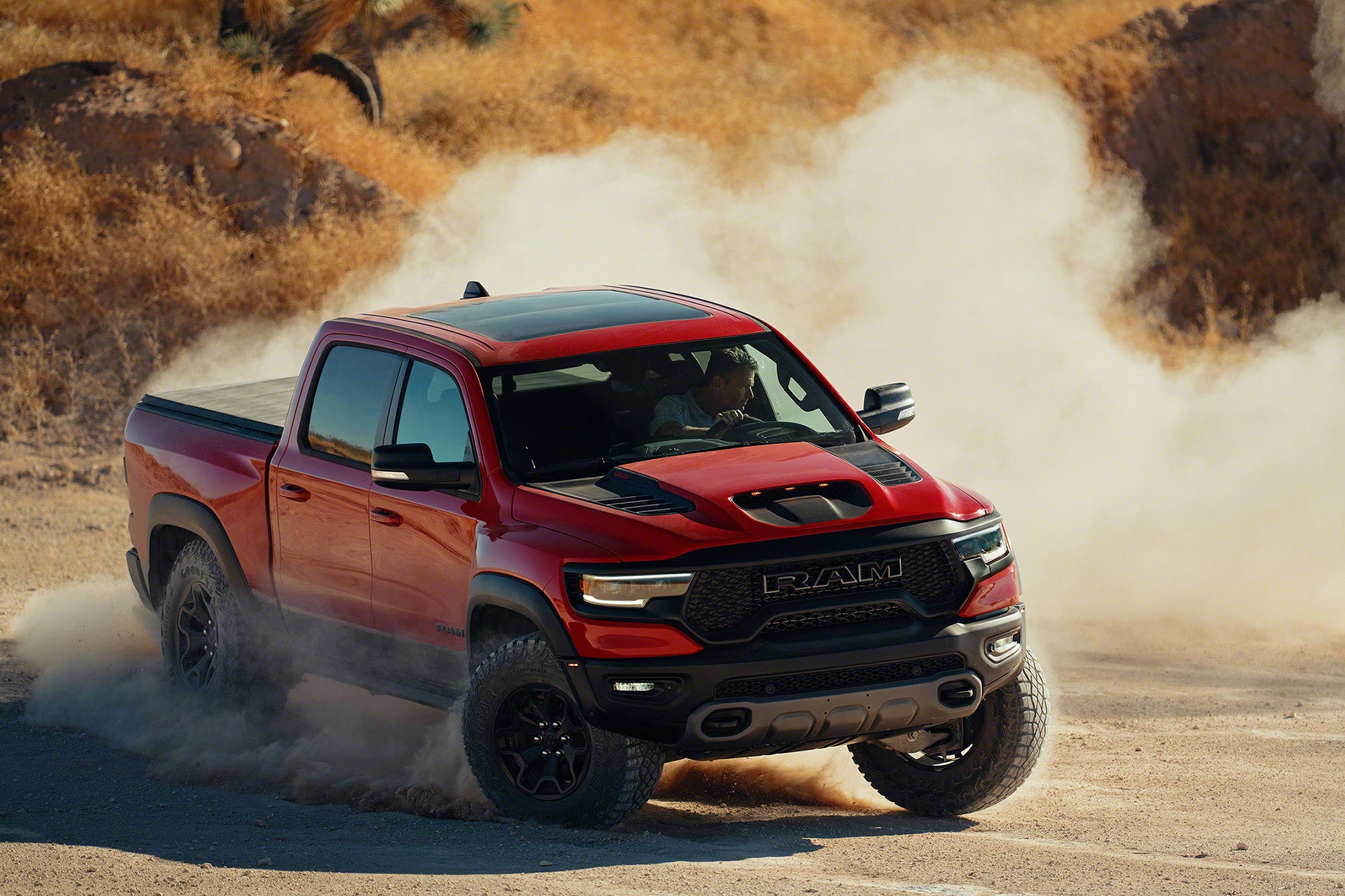 (CNN) — Fiat Chrysler unveiled the 702-horsepower Ram 1500 TRX, which is expected to be the fastest accelerating pickup truck ever sold by any major automaker.

The Ram 1500 TRX comes a little over a month after Fiat Chrysler unveiled its 702-horsepower family SUV, the Dodge Durango SRT Hellcat. Under its bulging hood, the TRX has largely the same 6.2-liter supercharged V8 that’s in the Durango Hellcat. That engine, originally developed for the Dodge Challenger Hellcat which debuted in 2015, is also now used in high-performance versions of the Dodge Charger sedan and the Jeep Grand Cherokee SUV. This is the first time it’s been put into a pickup truck.

As a high speed off-road pickup, the TRX will compete against Ford’s popular 450-horsepower Raptor. But with its huge supercharged V8, the Ram will produce far more power than the Raptor’s 3.5-liter turbocharged V6.

Fiat Chrysler boasts that the TRX can go from zero to 60 miles per hour in 4.5 seconds. Thatwould make it the quickest production pickup on the market, according to Car and Driver.

The TRX also has a muscular-looking bodysuited forthe unique demands of a truck designed to drive at high speeds over rough, rugged surfaces.

Wide fender flares add eight inches to the truck’s overall width, enabling them to cover the truck’s extra wide off-road tires. The TRX rides 11.8 inches from the ground, which is two inches more ground clearance than the standard Ram 1500 all-wheel-drive truck. The truck’s suspension system was specially engineered to handle harsh terrain at speeds over 100 miles per hour. The TRX’s top speed is limited to 118 miles an hour because, the company says, it wouldn’t be safe to go faster on the truck’s specially designed off-road tires.

A computerized “Jump Detection System” recognizes when the TRX has become airborne while driving and automatically controls power from the engine so transmission and engine components aren’t damaged. The system also controls power as the truck lands on the ground to provide the best possible performance, according to Fiat Chrysler. Special air filtration systems protect the enginefrom dust and dirt that’s kicked up in off-road driving.

The truck has a number of different driving modes thatcontrol things like the transmission, steering response, four-wheel-drive performance and suspension stiffness. These include three different off-road modes: Mud/Sand, Rock and Baja. Baja is intended for high speed driving on uneven surfaces.

Prices for the TRX will start at about $75,000. Fiat Chrysler will produce 702 special Launch Edition trucks that will sell for $90,310. The trucks will go into production at Fiat Chrysler’s Sterling Heights, Michigan, factory in October.

The TRX name has previously been used on some off-road capable Ram trucks and, when spoken, sounds a bit like T-Rex, a predatory dinosaur that was considerably bigger than the Velociraptor after which competitor Ford’s truck is named.

It isn’t entirely clear what the actual result would be if those two dinosaurs were to fight to the death. In the book “Who Would Win: Tyrannosaurus vs. Velociraptor,” a book published by Scholastic for first to third graders, one of the dinosaurs is killed in the thin paperback’s climactic battle scene, but we will not give the ending away here.

As far the battle of the Ram TRX versus the Ford Raptor, that fight is far from over. Ford recently unveiled a redesigned version of the F-150 pickup on which the Raptor is based. The next evolution of the Raptor is expected to be revealed soon, as well. 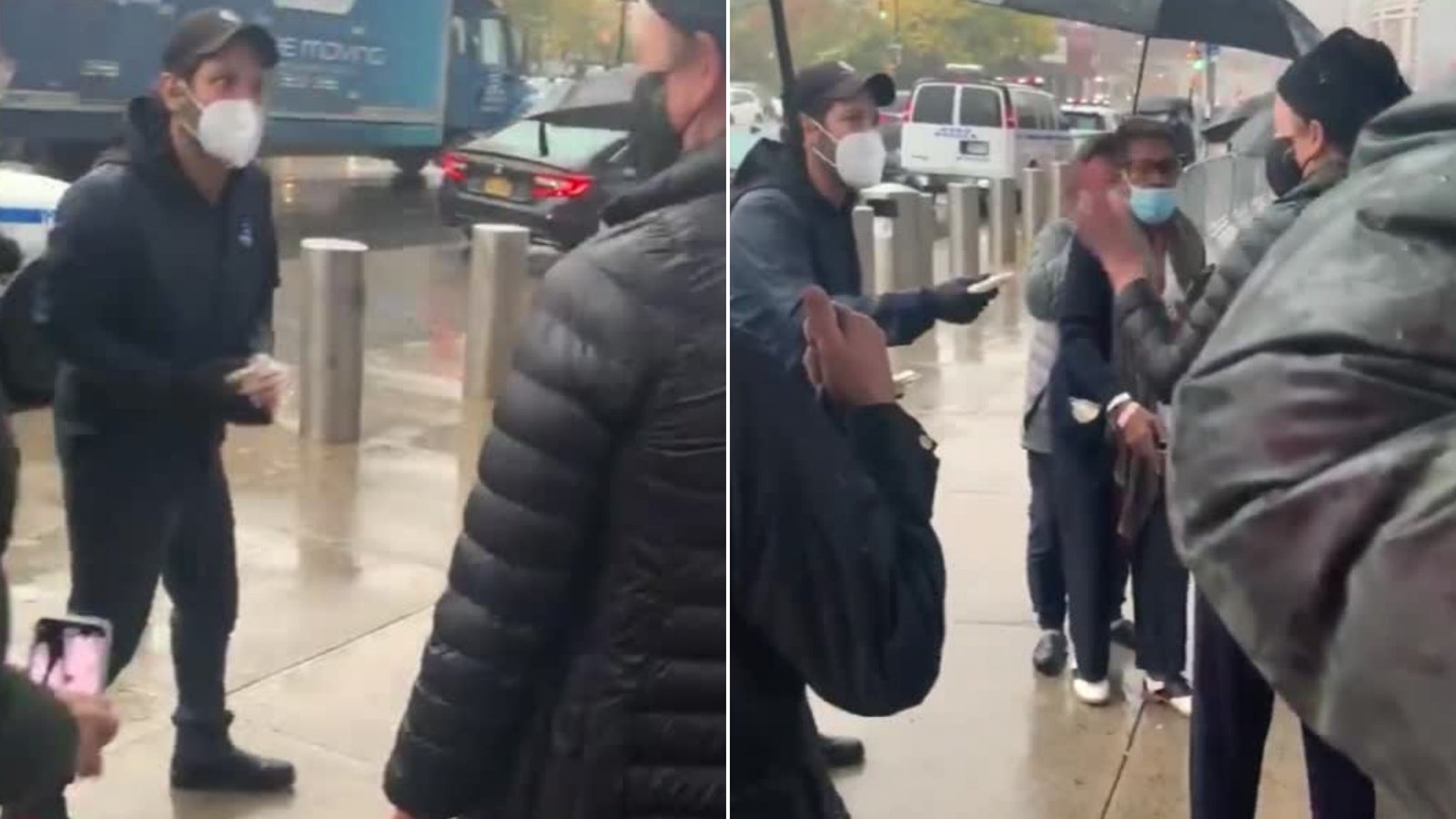