Gatorade wants to analyze your sweat 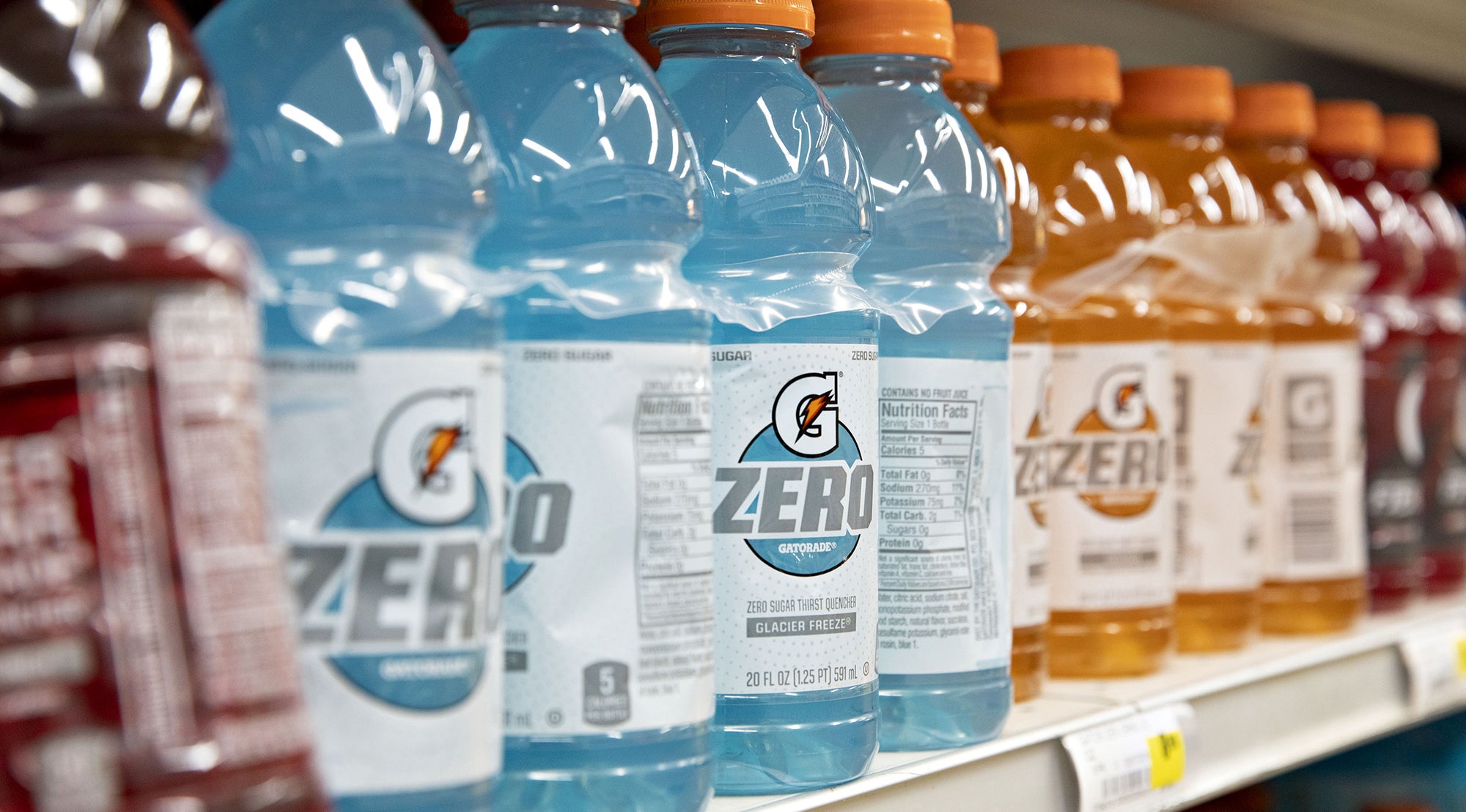 (CNN) — Gatorade for decades has reigned supreme in sports drinks, serving as the mid-workout thirst-quencher and the post-victory coach-soaker.

Now the PepsiCo megabrand is going big in tech.

Gatorade has been studying how hundreds of athletes sleep, think, and perspire to develop nondrink products such as nighttime protein powders, smart squeeze bottles that track fluid intake, and tech-enabled patches that create tailored hydration and nutrition plans based on how someone sweats.

The efforts outside the bottle hint at a future of personalized drinks and premium offerings.

It’s all part of an effort to adapt to evolving consumer tastes as people shift away from sugar and focus more on their health. PepsiCo is also seeking to stave off a spirited young competitor in BodyArmor, an upstart sports beverage brand initially buoyed by an investment from the late Kobe Bryant. In 2018, PepsiCo rival Coca-Cola acquired a minority stake in BodyArmor and is the brand’s second-largest shareholder.

The stakes are high. Gatorade is one of PepsiCo’s biggest beverage brands in the US. One firm, Guggenheim Securities, estimates that it accounts for around 20% to 25% of US retail sales in the company’s beverage business.

That makes it critical to defend its market share.

Because Gatorade is such a significant sales and profit contributor, “clearly,they want to refocus behind this brand,” said Laurent Grandet, a Guggenheim Securities’ food and beverage analyst.

The company, via its Gatorade Sports Science Institute, is investing in research areas such as how sleep affects performance, how mental well-being plays into injury recovery, how hydration and nutrition needs vary by gender, and how to personalize products to each individual.

“The thinking for us, it’s less about where do we start to build more share, it’s more how are we surrounding that athlete?” Gatorade’s O’Brien said.

Gatorade has been expanding outside of drinks in recent years, launching products such as energy chews, gels, dissolving tablets, and a line of nutritional powders branded as G Essntl.

The first product to come from the sleep research is a G Essntl powder called “Overnight Recovery,” which has 40 grams of casein, a milk protein. The company also is exploring potentialpartnerships with developers of sleep and meditation apps, O’Brien said.

On the personalized hydration front, Gatorade has spent the past few years developing and deploying a suite of technologies, notably through partnerships with the NBA and its G League minor league program.

Gatorade’s Gx Platform, in its simplest form, allows athletes to mix pods of concentrated — andpotentially tailored — Gatorade formulas with water so they can hydrate to their individual needs.

To get to that point, Gatorade conducts sweat tests at its Gatorade Sports Science Institute to measure how athletes perspire and the amount of electrolytes they lose.

At the pro level, the Gx system goes several steps further and can incorporate a “smart” squeeze bottle that measures the athletes’ rate of consumption as well as scales to track athletes’ weights and how they’re retaining fluids.

The sweat test technology, also in development for several years, is expected to manifest for the masses via a wearable technology slated to launch next year. Gatorade’s Gx Sweat Patch will be an app-connected patch worn during exercise that sends out data about sweat and sodium levels to the Gx app, which will then provide personalized hydration and nutrition recommendations.

“That’s something that not only would refresh a brand, but I think Gatorade could ask a premium for,” he said.

The ‘bread and butter’

As Gatorade looks to buttress its brand, it must be careful not to stray too far from its roots, said Duane Stanford, executive editor of Beverage Digest, adding that the beverages are the “bread and butter.”

“That’s where the game is, and the other items help you win that game,” he said.

Even as products like natural energy drinks and functional beverages have captured more of consumers’ attention, sports drinks continue to grow upward of 4% annually, according to Euromonitor International data.

For years, two names have dominated the sector: Gatorade, the venerable leader with a splashy heritage dating back to 1965 University of Florida football, and Powerade, the Coca-Cola-owned competitor.

And Gatorade has been the juggernaut, commanding significant market share in the process. In 2019, the brand accounted for about $8 billion of the $19.2 billion in global sports drink sales, Euromonitor International data show.

However, eagerly nibbling away at that market share has been BodyArmor, which positioned itself as a more natural and healthier alternative in the sports drink category, boasting electrolytes from coconut water.

In 2014, Gatorade held a 76.9% chokehold on sports drink sales, followed by Powerade at 18.4% and then BodyArmor trailing by a country mile at 0.2%, according to Euromonitor International data.

When BodyArmor arrived on the scene, Gatorade wasn’t investing enough to send off its newest challenger, Beverage Digest’s Stanford said.

“They also were resisting a move to a sugar-free version,” he said of Gatorade. “And all those factors combined to cause some trouble [and a sales drop in 2017].”

Gatorade previously balked at the prospect of no-sugar drinks. The functionality of the brightly colored beverages hinged heavily on the carbohydrates from the sweetener. But the company eventually gave in with the launch of the sugarless Gatorade Zero in the summer of 2018.

“It is capturing consumers that I think were very heavy users of Gatorade and have abandoned the brand because of the calories,” PepsiCo CEO Ramon Luis Laguarta said during an October 2019 earnings call. “It’s putting [Gatorade] back as a relevant brand to many more consumers as they exercise or do other activities.”

Gatorade Zero pulled in $600 million in sales in 2019, and it helped to drive overall growth in Gatorade, which saw sales increases in the high single-digit range, according to PepsiCo.

As Zero approaches $1 billion in sales, Gatorade’s O’Brien said he has similar high hopes for newly launched products such as Bolt24, which derives electrolytes from watermelon, and Juiced, an electrolyte-heavy, juice-based sports drink with no added sugar, or artificial sweeteners or colors.

“Athletes demanded we expand inside and outside of traditional sports drinks,” he said. “We have successfully done that and will continue to do so.”