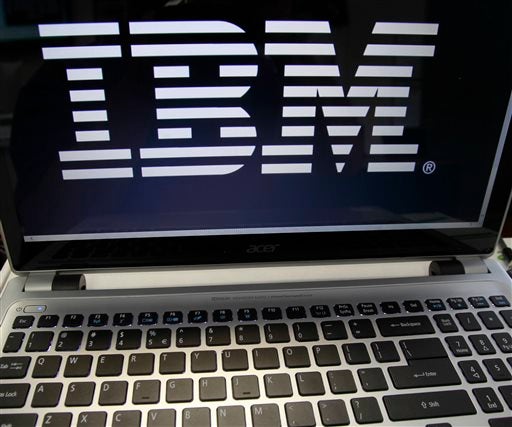 FILE - In this July 16, 2013, file photo, an IBM logo is displayed in Berlin, Vt. IBM says federal regulators are investigating its accounting of some business transactions in the United States, the United Kingdom and Ireland. The company made the disclosure in a public filing Tuesday, Oct. 27, 2015, saying it learned of the investigation in August. (AP Photo/Toby Talbot, File)
by: Associated Press
Posted: Jun 9, 2020 / 10:19 AM EST / Updated: Jun 9, 2020 / 10:20 AM EST

ARMONK, N.Y. (AP) — IBM says it is getting out of the facial recognition business over concern about how it can be used for mass surveillance and racial profiling.

Krishna was addressing Democrats who recently introduced police reform legislation in Congress in response to the death of George Floyd and others in law enforcement interactions that have sparked a worldwide reckoning over racial injustice.

IBM had previously tested its facial recognition software with the New York Police Department but it’s not clear if it has existing contracts with other governments.

Police use of facial recognition has come under heightened scrutiny after researchers found racial and gender disparities in systems built by companies including IBM, Microsoft and Amazon. That led IBM and Microsoft to improve their accuracy but Krishna said now is the time to debate whether facial recognition technology should be used at all by domestic law enforcement agencies.

Krishna’s letter called for broader police reforms and said “IBM firmly opposes and will not condone uses of any technology, including facial recognition technology offered by other vendors, for mass surveillance, racial profiling” and human rights violations.