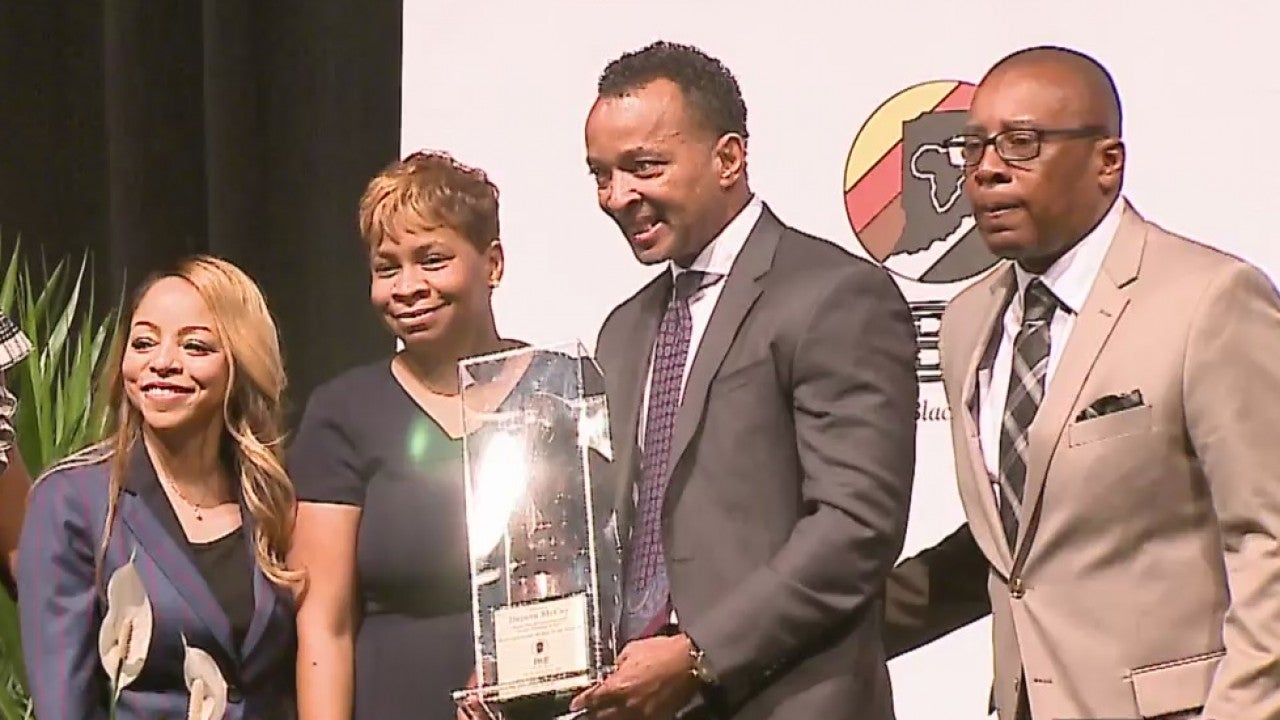 DuJuan McCoy began his television career at WTTV-TV. He was born and raised in Indianapolis and graduated from Ben Davis High School and Butler University.

“That’s where I broke my tooth on television,” McCoy said. “Soon thereafter, I started chasing the dream of owning TV stations.”

That dream became reality when he purchased small stations in Texas. Eventually, other stations came into the fold. “Every purchase thereafter, I’ve improved local news in Evansville, Lafayette, and I try to improve the community from a visual and from a television standpoint in every market that I purchase in.”

Indiana Black Expo presented McCoy with the Entrepreneur of the Year award in front of thousands at the Indiana Convention Center. Tanya Bell, president and CEO of Indiana Black Expo, told McCoy, “Thank you for everything you have done to not only shape African-American culture and history but to improve lives in our community.”

McCoy said, “To be recognized by the Indiana Black Expo is truly an honor.”

He said he’s excited to come home and bring his competitive spirit. “One thing, that you’ll know, is that every TV station that I own, we’re going to be focused on family, the community and we’re going to be a public servant to the viewers of Indianapolis.”

Randy Ingram, the vice president and general manager of WISH-TV and WNDY-TV, said, “The award for DuJuan is well-deserved.”

Ingram added, “I’m really looking forward to having DuJuan come into the market. He’s a local guy, and we’re a local station that really does the most local news in the market. This is going to be a great combination of owner and station.”

Also during the event, Indiana Black Expo honored singer-songwriter and record producer Teddy Riley with its Lifetime Achievement award. “Being up here is such an honor and I want to thank you all for acknowledging me.” the 51-year-old Riley said.