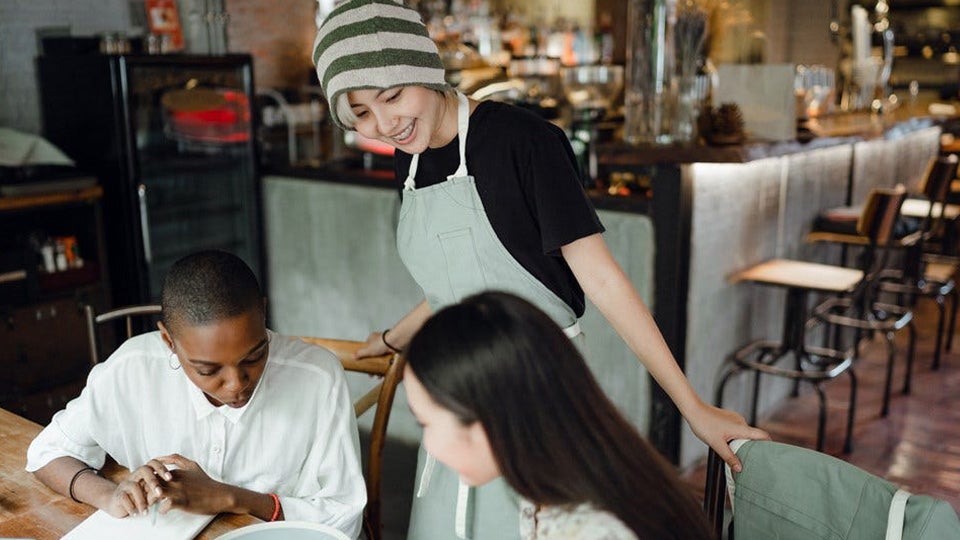 (CNN) — Retail and restaurant work is notorious for irregular scheduling and last-minute changes — factors that can harm workers’ lives and the well-being of their families.

Despite essential workers being hailed as heroes during the COVID-19 pandemic, and a historically tight labor market, schedule instability has improved little over the past two years, new research finds.

“Unstable and unpredictable work schedules continue to be the norm for service sector workers — especially for workers of color, and for women of color in particular,” according to a report Friday by the Shift Project, a joint venture by Harvard University and the University of California, San Francisco.

The share of workers reporting on-call shifts, where they are required to be available if needed but not paid for their time, last-minute changes to shifts and “clopenings” — the same worker closing the store and then opening it the next day— resembled those experienced in the years before the pandemic.

“Alongside the health risks, uncertainty, and stress of working during a pandemic, many service-sector workers continue to contend with chronically unpredictable and unstable work schedules,” the researchers, led by sociologists Daniel Schneider and Kristen Harknett, said in a brief.

Since 2017, Shift Project researchers have conducted online surveys twice a year with 110,000 hourly workers at around 150 of the largest retail and fast food chains in the United States. The latest surveys were taken during the fall of 2020, and researchers looked at workers’ schedules before and during the pandemic. They found few improvements.

Unstable schedules can cause harm for workers and their families: Other research has found that unpredictable work schedules can impact everything from workers’ health and well-being to their children’s sleep schedules and school attendance.

The impact of inconsistent schedules

Kenya Slaughter, a Dollar General employee in Alexandria, Louisiana, used to get calls at the last minute asking for her to cover a shift, even on her days off. That left her scrambling to find child care. She felt pressure to say yes and show up to stay in the good graces of her manager.

After more than three years at the chain, Slaughter now has a set weekly schedule. She was able to secure it after pleading with the store in 2021, when her five-year-old daughter was shot and needed full-time care. Slaughter went on unpaid leave, but came back and took a pay cut for a steady schedule.

“It’s made life a whole lot easier. I’m much more confident. I’m much more comfortable. I’m better rested,” Slaughter said. “I don’t have to worry about being stuck at work and can’t go get my baby.”

Dollar General did not respond to request for comment.

Schedule uncertainty and fluctuating hours bring a host of challenges to Isabela Burrows, a PetSmart worker in Howell, Michigan and a member of workers’ advocacy group United for Respect. She has to plan her second job and online college course work around her inconsistent schedule at PetSmart.

PetSmart said it does its best to accommodate workers’ scheduling preferences and give them as much advance notice as possible. The company said its scheduling practices balance customer, store and workers’ needs.

“If I had consistent hours I could schedule more time for homework and help out family.”

People of color are overrepresented in the service sector, and the Shift Project research found that “racial inequality in schedule notice widened during the pandemic.”

Workers of color were likelier than White workers to report having less than two weeks advance notice of their schedule during the pandemic and likelier to work on call. These disparities may come about because managers often control scheduling, “allowing an opportunity for conscious or unconscious biases and unequal treatment,” the researchers said.

Lawmakers have started to address erratic scheduling for retail and service workers.

Shift Project researchers studied changes for workers in Seattle, which passed an ordinance in 2017 stipulating that employees receive two weeks’ advance notice of their schedules or be compensated with extra pay when schedules changed.

Comparing workers in Seattle to those at the same companies in similar cities, the researchers found that predictability and stability of schedules made a positive difference in workers’ lives.