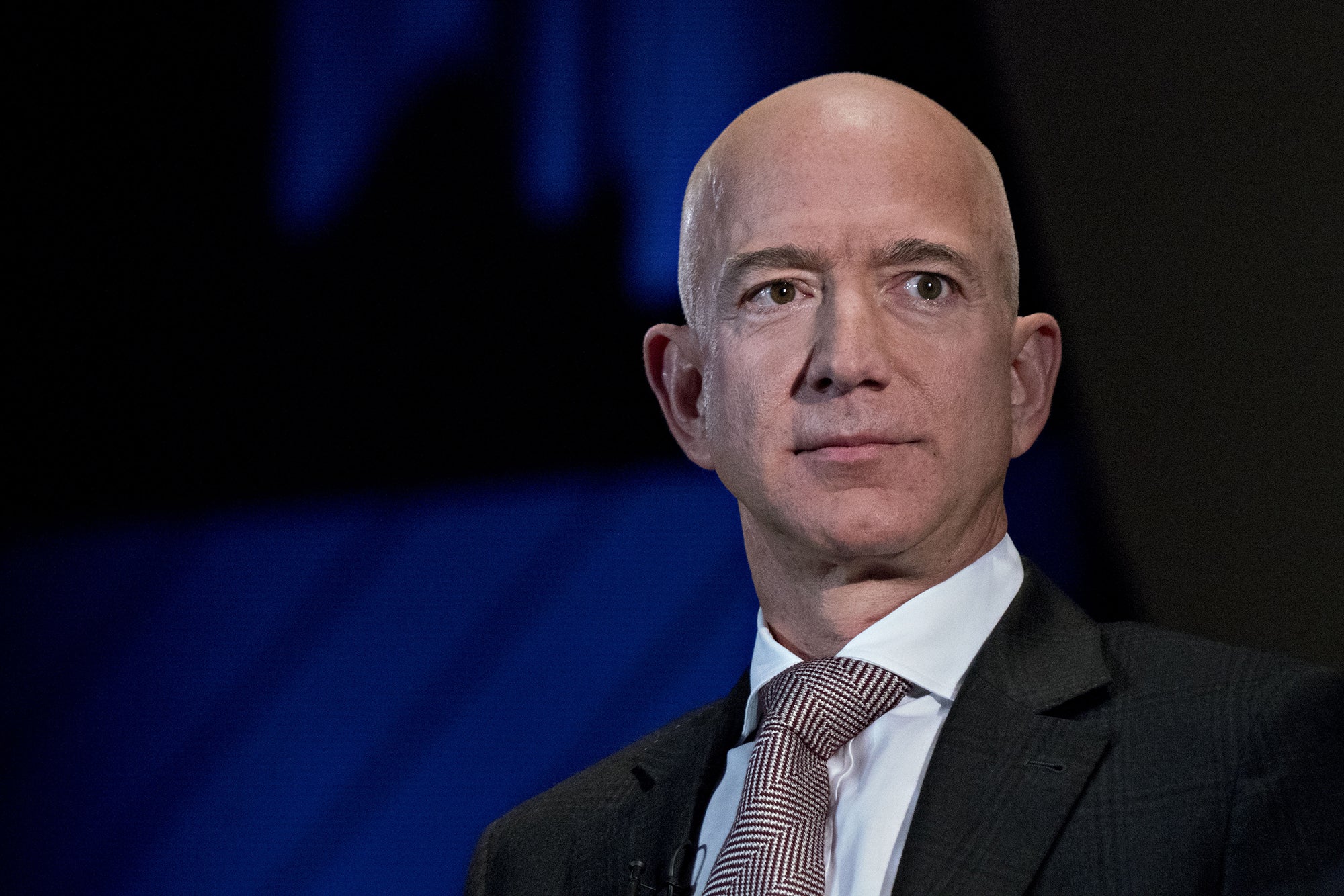 FILE: Jeff Bezos, founder and outgoing chief executive officer of Amazon.com Inc., listens during an Economic Club of Washington discussion in Washington, D.C., U.S., on Thursday, Sept. 13, 2018. Amazon.com Inc. founder Jeff Bezos, the worlds richest person, and his wife MacKenzie are divorcing after 25 years. Bezos, 54, is worth $137 billion, according to the Bloomberg Billionaires Index, a ranking of the worlds 500 wealthiest people. The couple met when they both worked at hedge fund D.E. Shaw, and they married in 1993. He founded Amazon a year later. Photographer: Andrew Harrer/Bloomberg via Getty Images
by: Jordan Valinsky, CNN Business
Posted: Feb 17, 2021 / 07:24 AM EST / Updated: Feb 17, 2021 / 07:24 AM EST

Musk lost about $4.5 billion Tuesday after Tesla shares fell 2.4%, which was enough to knock him to second place on the Bloomberg Billionaires Index ranking. Bezos’ net worth also fell as the broader stock market lost a bit of ground — but his loss wasn’t as extreme, only taking a hit of about $372 million. That was enough to recapture his title that he held for about three years.

The index currently says Bezos is worth $191 billion compared to Musk’s $190 billion.

Musk’s surge to first place happened in early January, when Tesla’s stock was skyrocketing. The 170 million shares of Tesla he already owns increased in value by $106 billion during 2020, as shares shot up 743% during the course of the year. The Tesla CEO also fanned the flames during a trader frenzy that sent GameStop shares exploding (and later deflated).

Bezos had a rather robust 2020, too. The Amazon CEO’s stake in the company increased by $75 billion in 2020, to $173.3 billion, given the huge increase in sales driven by the Covid-19 pandemic. Earlier this month, he announced that he’s stepping down from his CEO role and will transition to the role of executive chair later this year.

Meanwhile, Bill Gates remains at the world’s third-richest person with $137 billion of worth.