LEGO to release a 9,090-piece scale model of the Titanic – its biggest set ever 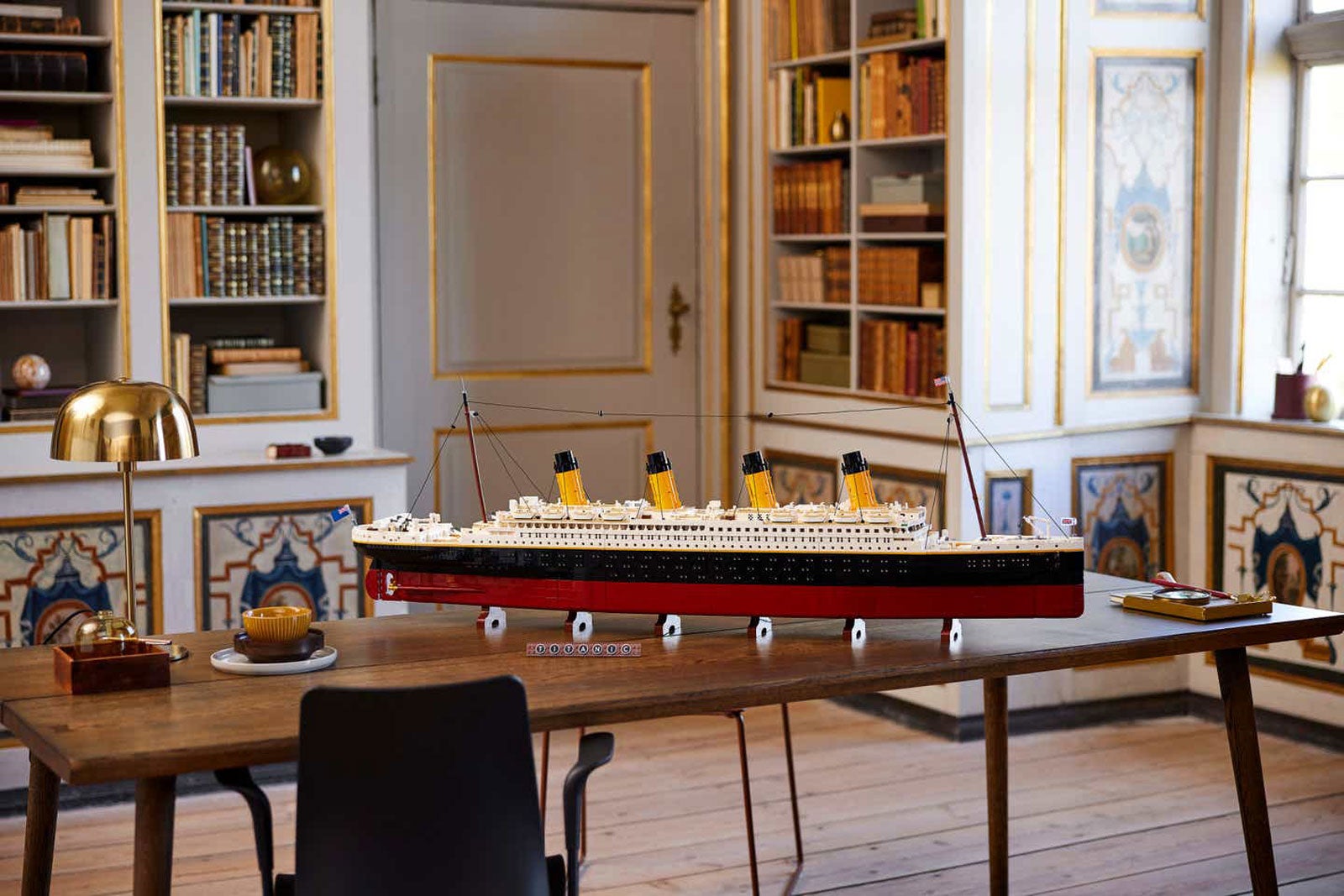 (CNN) — Historians and nautical enthusiasts might want to get saving. LEGO has revealed its largest ever set, of arguably the world’s most famous boat, the RMS Titanic.

At more than 53 inches long, the model is a replica of the doomed liner, which, at the time of its maiden voyage, was the largest passenger ship afloat.

The original Titanic set sail from Southampton, England, to New York on April 10, 1912.

Late on April 14, around midnight, it struck an iceberg and sank in less than three hours. According to the US Senate report on the disaster, 1,517 people died and 706 survived out of 2,223 passengers and crew.

Made up of 9,090 pieces, the replica model divides into three sections to reveal the interior of the ill-fated vessel, including the first-class grand staircase, which sprawls over six decks, as well as a Jacobean-style dining saloon and the engine room.

The LEGO ship is a 1:200 scale model and also includes a recreation of the ship’s bridge, promenade deck and swimming pool.

“At the time of its launch the Titanic was the pinnacle of nautical engineering, the largest moving vehicle ever created. It has been an incredible journey to recreate this iconic vessel from LEGO bricks, using blueprints created over a century ago,” Mike Psiaki, design master at the LEGO Group, said in a statement Thursday.

“Designing the LEGO Titanic with such a focus on immense detail and scale, but also accuracy, has allowed us to create one of the most challenging building experiences to date,” he added.

The set won’t come cheap though: Available for pre-order from Nov. 1 and general sale from Nov. 8, the ship will retail at $629.99.

All Indiana Bets / 5 mins ago