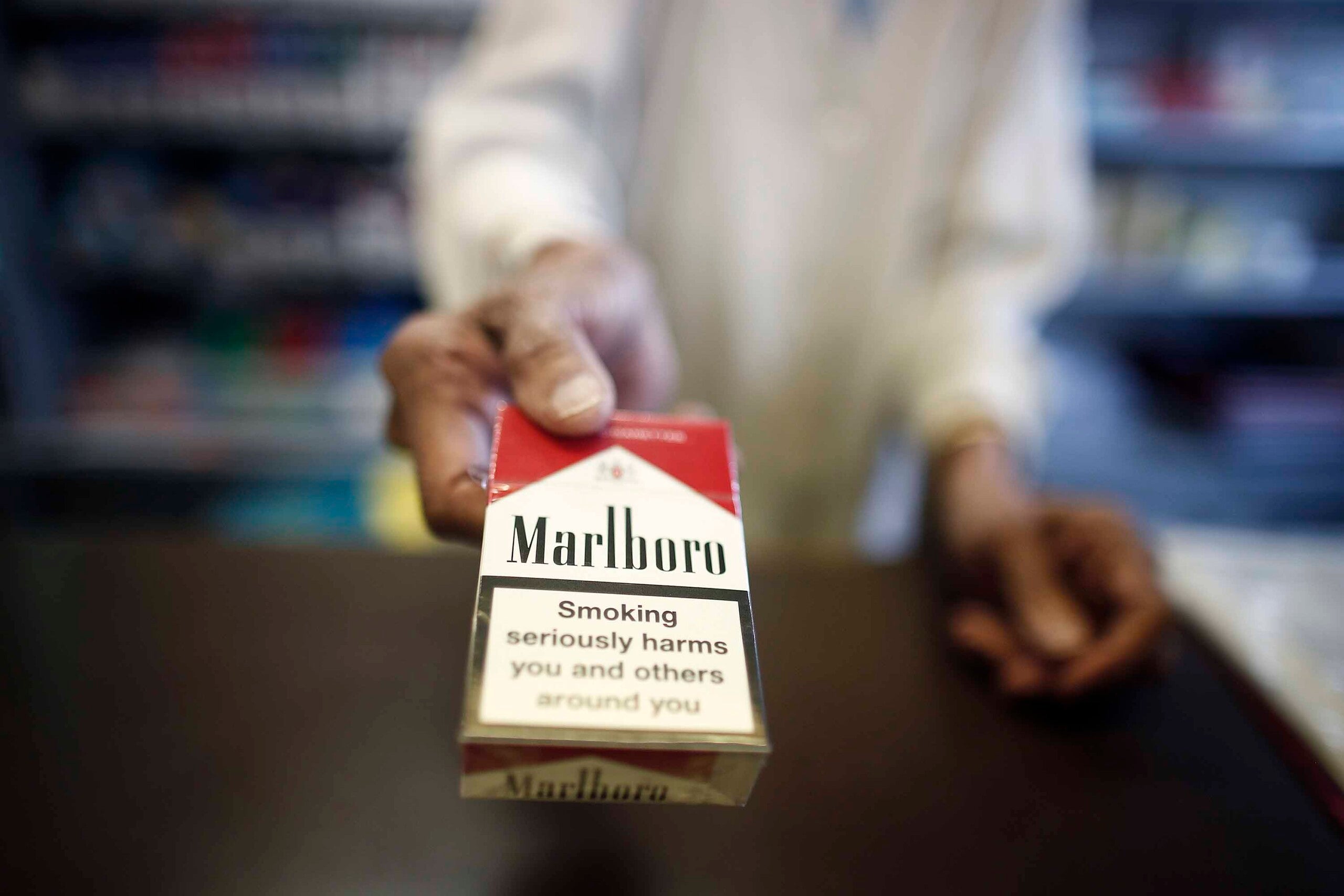 A UK company that makes products to treat lung conditions could wind up in the hands of one of the world's biggest cigarette makers, prompting an outcry from health charities that are calling on the British government to block the deal. (Simon Dawson/Bloomberg/Getty Images)
by: Hanna Ziady, CNN Business
Posted: Aug 9, 2021 / 11:27 AM EST / Updated: Aug 9, 2021 / 11:27 AM EST

(CNN) — A UK company that makes products to treat lung conditions could wind up in the hands of one of the world’s biggest cigarette makers, prompting an outcry from health charities that are calling on the British government to block the deal.

Marlboro maker Philip Morris International (PMI) on Sunday increased its offer for pharmaceutical company Vectura to more than £1 billion ($1.4 billion) in an attempt to fend off a rival bid from U.S. private equity group Carlyle.

The revised offer comes just weeks after the tobacco giant said it will stop selling Marlboro cigarettes in Britain within a decade.

The deal would boost the tobacco giant’s ambition to generate more than half of its net revenue from smoke-free products such as e-cigarettes and respiratory drugs within four years, up from about a quarter today. PMI currently sells cigarettes in more than 175 markets.

Vectura has manufactured 13 inhaled medicines for companies such as Novartis and GlaxoSmithKline to treat lung conditions including asthma. It is currently working on an inhalation treatment for COVID-19 with Inspira Pharmaceuticals, another UK company.

Tobacco companies are under pressure to diversify amid dwindling smoker numbers, a push from governments to reduce the prevalence and dangers of smoking, and moves by investors to strip tobacco products from their portfolios.

Philip Morris International has invested $8 billion and hired dozens of scientists and technicians to develop alternatives to cigarettes, including its flagship IQOS product, which heats rather than burns tobacco.

Health charities are skeptical of Philip Morris International’s plans and have urged the UK government to block the Vectura deal, warning it will allow the tobacco industry to influence public health policy in Britain.

“It’s ironic that a tobacco company wants to invest in the lung health industry when their products are the biggest preventable cause of cancer, including lung cancer,” Cancer Research UK’s chief executive Michelle Mitchell said in a statement last month.

“If PMI really wanted to help, they could stop aggressively promoting and selling their products altogether,” she added.

In a letter to the UK government, Cancer Research UK, the British Lung Foundation and Action on Smoking and Health said there is “huge unease” that a tobacco company could profit from treatments for conditions such as asthma, emphysema and chronic bronchitis.

“There is a real prospect that PMI will use this acquisition to legitimize tobacco industry participation in health debates within the UK. This must not be allowed to happen,” the organizations said, calling on the government to intervene.

Philip Morris’ revised offer came just two days after Carlyle raised its own bid for Vectura to £1.55 ($2.15) per share.

Vectura had on Friday recommended the Carlyle offer to shareholders, voicing concerns around being owned by Philip Morris and saying it may be “better positioned under Carlyle ownership.” The company on Monday said it was withdrawing that recommendation but had no intention yet to recommend the Philip Morris International offer.

The takeover battle will enter an auction process if the rival bidders do not make final offers by Tuesday, according to British regulators.