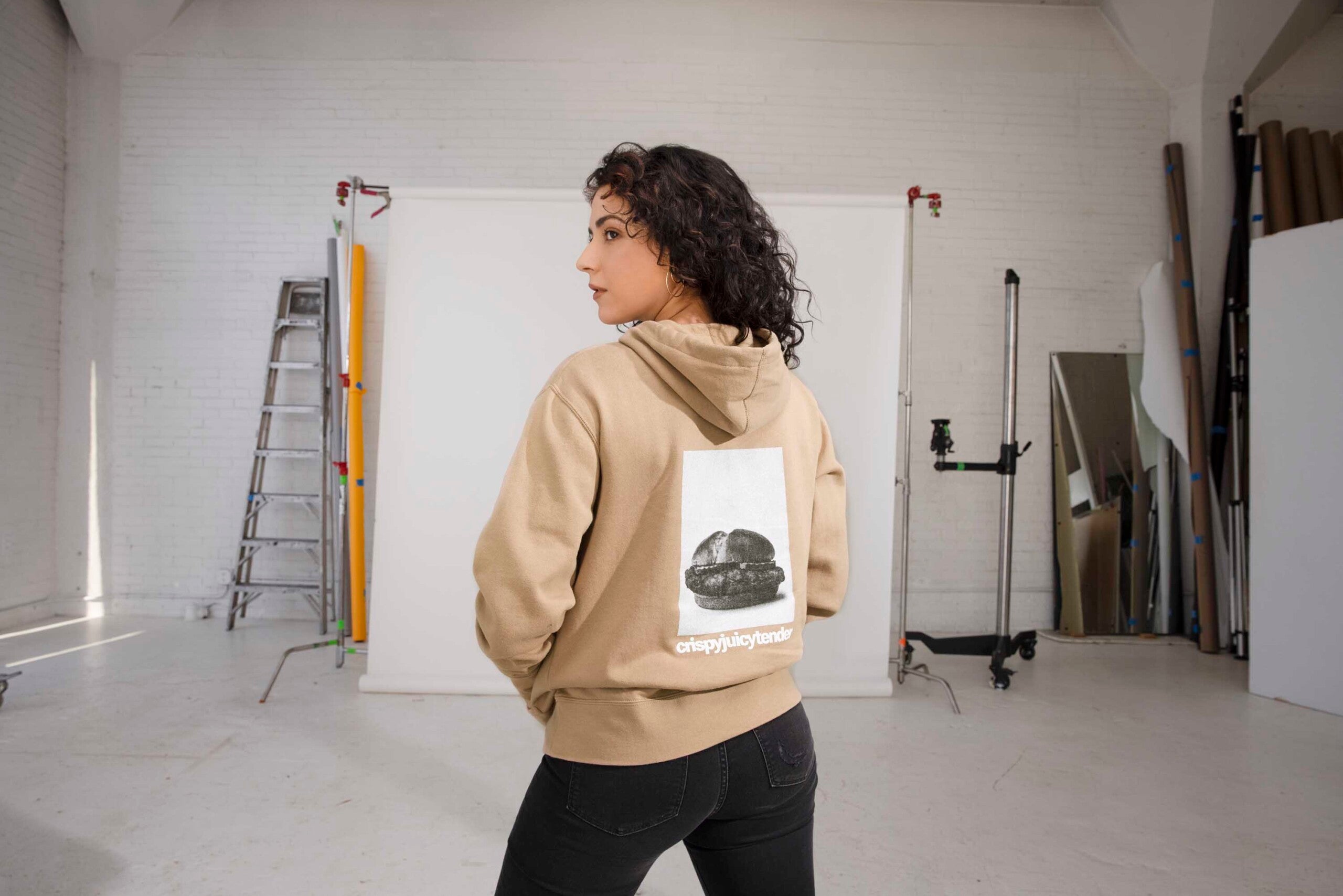 (CNN) — At this point, there’s nothing particularly special about a fast food chain announcing a new fried chicken sandwich. So, McDonald’s is hoping to differentiate the upcoming launch of theirs with limited edition collection of clothing and music.

McDonald’s will sell a limited number of $5 swag packages via a special website on Thursday. The swag includes a hoodie, a custom song and, of course, a first taste of its Crispy Chicken Sandwich. It’s all aimed at drumming up excitement and online buzz for what has become a mundane menu item.

“We’re excited to give fans early access to this sandwich and exclusive swag they can’t get anywhere else to memorialize this great addition to our menu,” said David Tovar, vice president of US communications for McDonald’s, in a press release.

Arguably, the most eye-catching item of the swag is a hoodie that has a picture of McDonald’s new Crispy Chicken Sandwich with the slogan “crispyjuicytender.” The gift box also includes vinyl recording of a song about the sandwich from music producer Tay Keith, plus and a gift card recipients can use to redeem for the sandwich one day prior to its official release at restaurants.

McDonald’s has recently sold merchandise tied with their food, including projects with musicians Travis Scott and J. Balvin. Scott’s fashion collaboration with the chain sold for as much as hundreds of dollars more than originally priced on the resale market, according to the online marketplace StockX.

The chain teased a new selection of sandwiches at November’s investor day, with Joe Erlinger, president of McDonald’s USA, explaining that chicken is a good bet for the company.

“Globally, the chicken category is almost twice the size of beef,” he said at the time. “It is growing faster and represents a significant opportunity,” he said. “Developing a reputation for great chicken represents one of our highest aspirations. We want customers to choose McDonald’s for chicken.”

McDonald’s rivals including Wendy’s, Shake Shack and KFC have all recently released new sandwiches in response to Popeye’s 2019 release that sparked the chicken clash.