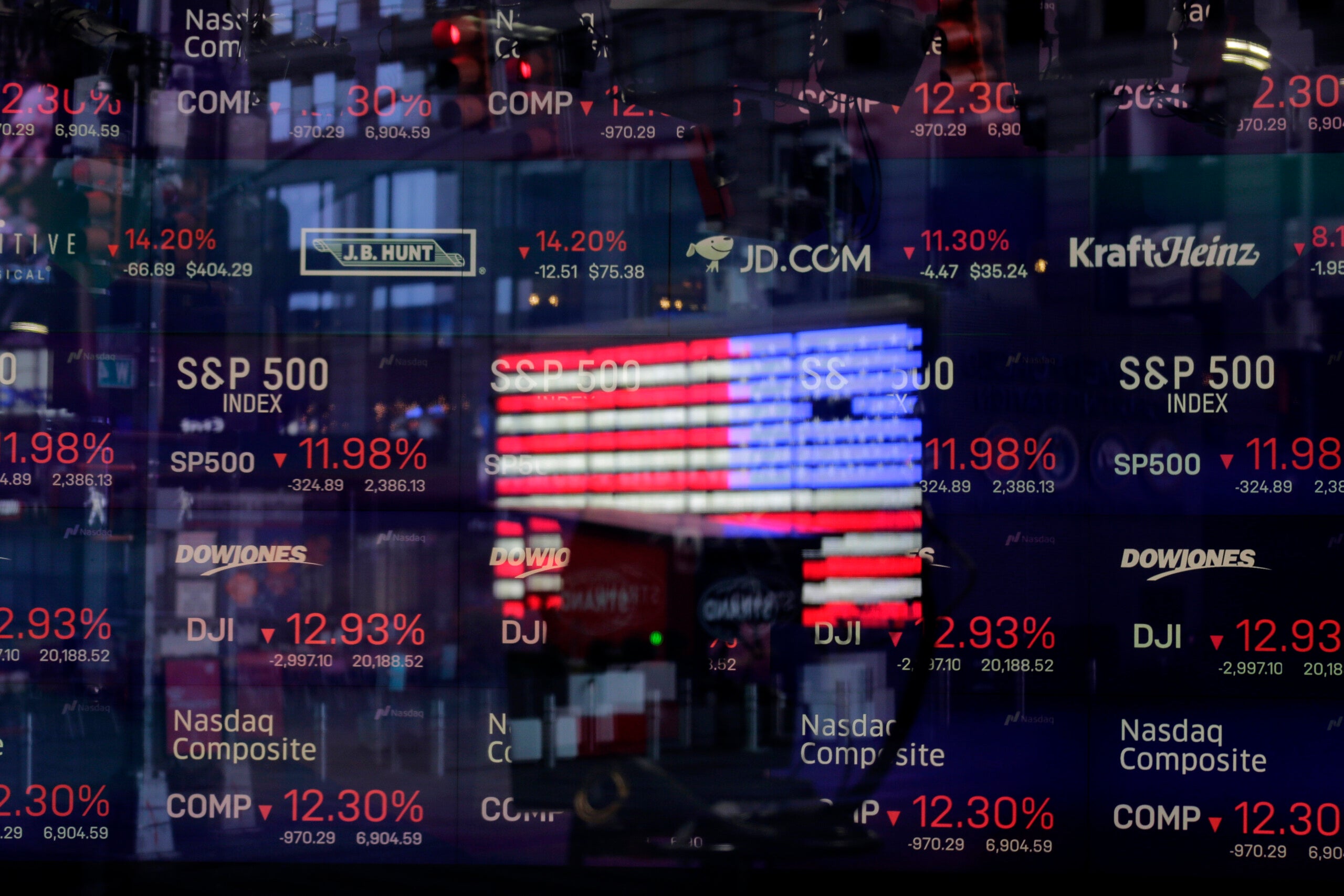 FILE - In this March 16, 2020 file photo, a United States flag is reflected in the window of the Nasdaq studio, which displays indices and stocks down, in Times Square, New York. Nasdaq is looking to become more diverse, proposing new rules that would require all companies listed on its U.S. exchange to publicly disclose consistent, transparent diversity statistics about their board of directors. The listing rules would also require most Nasdaq-listed companies to have, or explain why they don’t have, at least two diverse directors. (AP Photo/Seth Wenig, File)
by: MICHELLE CHAPMAN AP Business Writer
Posted: Dec 1, 2020 / 08:51 AM EST / Updated: Dec 1, 2020 / 08:51 AM EST

(AP) — The Nasdaq stock exchange is seeking U.S. authority to require more diversity in the boardrooms of Nasdaq-listed companies, or to explain why they can not.

It is the first major exchange to pursue such a requirement.

The proposal filed with the U.S. Securities and Exchange Commission on Tuesday, if approved, would require all companies listed on the exchange to publicly disclose consistent, transparent diversity statistics about their board of directors.

“This proposal and partnership gives companies an opportunity to make progress toward increasing representation of women, underrepresented minorities and the LGBTQ+ community on their boards,” Nelson Griggs, president of the Nasdaq Stock Exchange, said in a prepared statement. “Corporate diversity, at all levels, opens up a clear path to innovation and growth. We are inspired by the support from our issuers and the financial community with this effort and look forward to working together with companies of all sizes to create stronger and more inclusive boards.”

The Nasdaq contains all of companies that trade on the exchange, more than 3,300 of them. It is dominated by technology companies, but there are a lot of financial, biotech and industrial companies as well.

Nasdaq said the proposal’s goal is to give stakeholders a better understanding of a company’s current board composition and to bolster investor confidence that all listed companies are considering diversity when the look for new board members.

The proposal would require all Nasdaq-listed companies to publicly disclose board-level diversity statistics through Nasdaq’s proposed disclosure framework within one year of the SEC’s approval of the listing rule.

Companies that can’t meet the board composition objectives within the required timeframes won’t be subject to delisting if they provide a public explanation of their reasons for not meeting the objectives.

Nasdaq began in 1971 with the world’s first electronic stock market. It currently has more than 4,000 company listings on its exchange. The Nasdaq has been a destination for many tech companies, including Apple, which launched its initial public offering on the exchange in 1980. Some other tech companies its drawn in include Microsoft, Cisco, Amazon and Google, which is now part of Alphabet.

Nasdaq named Adena Friedman as its CEO in 2016, the first woman to lead a major U.S. exchange.