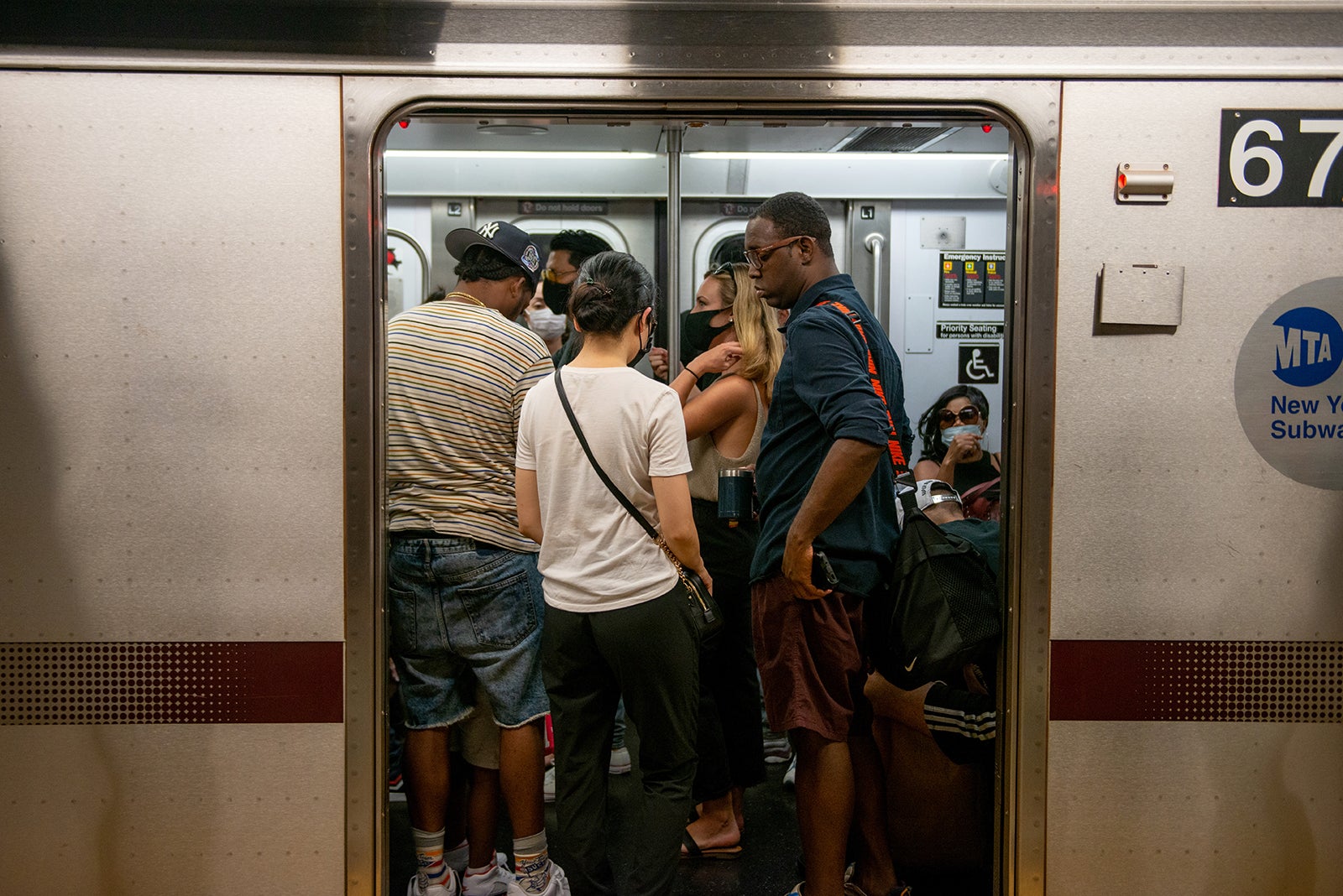 (CNN) — New York’s mass transit agency is calling on Apple to create a Face ID that works with masks in an effort to help slow the spread of coronavirus on the city’s buses and subways.

Patrick Foye, the CEO of the Metropolitan Transportation Authority, sent a letter to Apple CEO Tim Cook — which was obtained by CNN — asking the tech company to develop better Face ID technology, so that people don’t have to remove their face masks off to unlock their phones while riding transit.

Although New York Gov. Andrew Cuomo signed an executive order in April requiring everyone to wear a mask or a mouth and nose covering when riding public transportation, Foye said the MTA has seen people violate the guidelines to access their phones.

“We have observed customers removing their masks in order to unlock their iPhones with Face ID in order to use their devices for other purposes, when standing on the platform and riding our buses, subways and commuter railroads,” Foye wrote in the letter to Cook, which was dated August 7, 2020.

“We urge Apple to accelerate the deployment of new technologies and solutions that further protect customers in the era of COVID-19.”

In an email statement to CNN, a spokesperson for Apple said “there’s nothing more important to us than the health and safety of our customers.”

In May, Apple rolled out an update for iPhones that would recognize when users were wearing face protection and give them the option to tap in the passcode immediately.

The update was meant to eliminate the few seconds of lag between when users wearing masks would try to use Face ID, and the phone would attempt to search the full face before eventually taking users to the passcode screen.

“To help reduce the transmission of COVID-19, we’ve simplified the unlock process for people wearing masks with an update to Face ID in iOS 13.5 that automatically presents the passcode field after swiping up from the bottom of the Lock screen,” a spokesperson for Apple said in the statement.

The company said last year it also introduced Apple Pay Express Transit in New York City “so people can ride select subway lines and buses by holding their iPhone and Apple Watch near an OMNY reader without needing to wake their device or use Face ID.”

“We understand security is of paramount concern, and we share that value. While Apple has enabled the passcode unlock feature to appear on the user’s screen much sooner when Face ID doesn’t open the device, we are asking Apple to take these efforts a step further,” he wrote. “As more customers return to mass transit, not just in New York, but around the world, we need a solution that works for everyone.”

The state has 422,003 confirmed coronavirus cases, as of Tuesday, and 32,787 deaths, according to Johns Hopkins University data.

After 78 days of stay-at-home orders, New York — once considered the epicenter of the pandemic — launched Phase One of its reopening plan on June 8.

New York City’s coronavirus indicators continue to remain steady, New York City Mayor Bill de Blasio said on Tuesday. Sixty-one individuals were admitted to hospitals on Monday, 297 individuals remain in the ICU in the New York City Health & Hospital system, and the daily positivity rate in the city remains at 2%. All three of those indicators are below the threshold.