Nintendo is reviving Game & Watch, one of its oldest handhelds from the ’80s 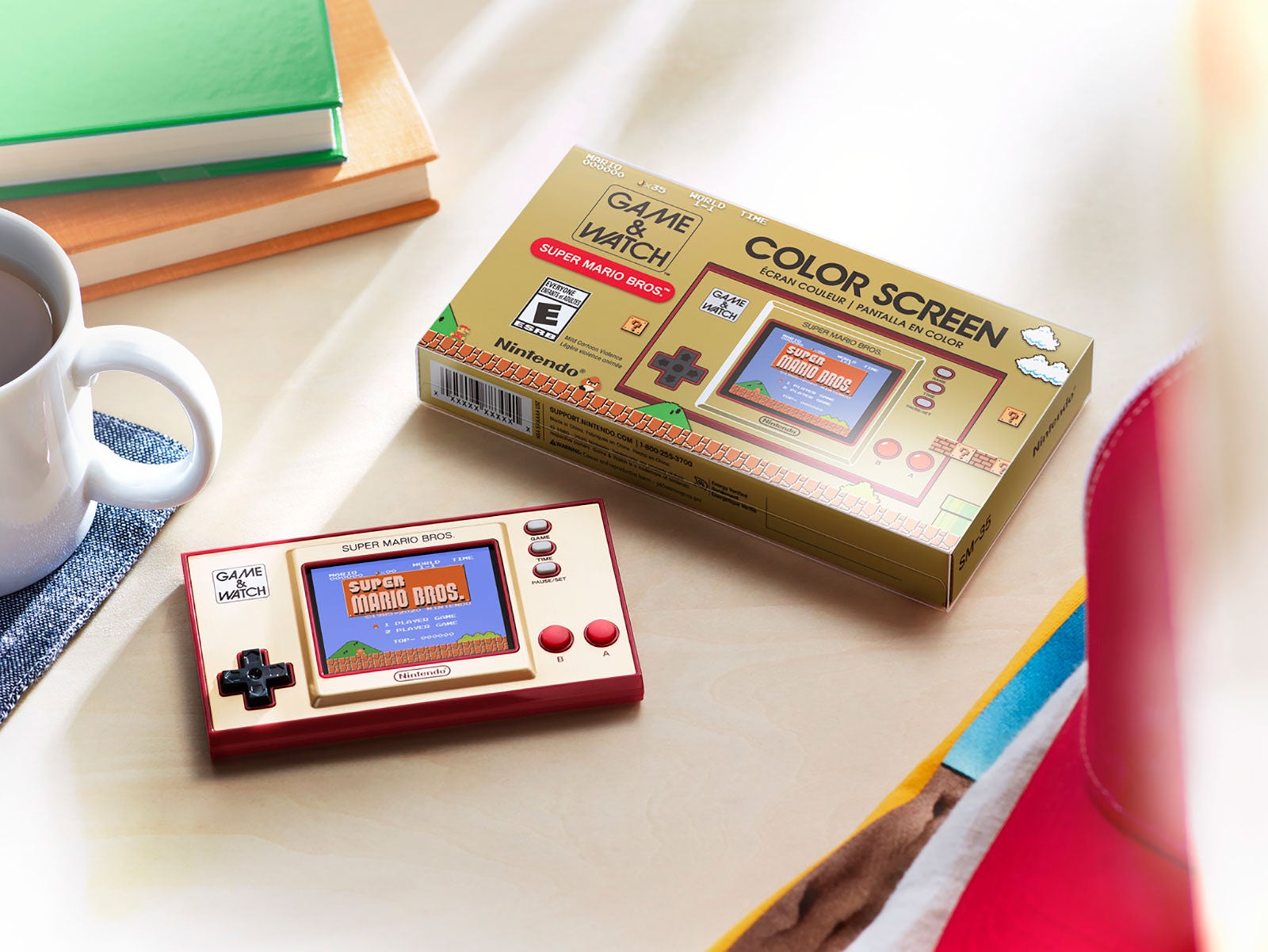 (CNN) — Nintendo is feeling nostalgic lately, and it’s reviving a yet another ’80s relic.

The Game & Watch portable console, first introduced in 1980 and produced until 1991, was responsible for putting Nintendo on the map. It was a far cry from the Nintendo of today, which regularly puts out best-selling games, connects people online and uses augmented reality with toy cars.

Game & Watch was a series of handheld games that Nintendo sold before the world fell in love with the Game Boy. Back then, the black-and-white Game & Watch only played a single game each.

The new Game & Watch takes the shape of the original with its red and gold design, but charges by USB-C and comes in color. It plays three games: “Super Mario Bros.,” “Super Mario Bros.: The Lost Levels” and “Ball (the Mario version).” Only “Ball,” a juggling game, stays in black and white.

Fans of any “Super Mario Bros.” game will immediately recognize the iconic music.

A multiplayer mode for Game & Watch just means you can play first as Mario in “Super Mario Bros.” and then let a friend or family member take the console to play as Luigi. None of that modern connecting to the internet business here.

Just like the name suggests, the Game & Watch console is also literally a watch. By tapping on the Time button, it will display a clock, alongside Mario jumping around.

While Game & Watch wasn’t Nintendo’s first attempt at video games, it was the first success, leading into the Nintendo Entertainment System in 1985 and the Game Boy in 1989.

The Game & Watch isn’t as celebrated as some of Nintendo’s other game systems, but it was the first system to feature the + shaped directional pad, first found on the 1982 “Donkey Kong” Game & Watch. Its success also gave some legitimacy to handheld gaming, which was a niche that video game manufacturers were unsure of in the 1970s.

Nintendo has dipped into the Game & Watch nostalgia bucket before by releasing a version last decade and putting Mr. Game & Watch, the anonymous character who appears in many of the early Game & Watch games, into its “Super Smash Bros.” games.

The company has been on a re-release tear lately. In recent years, it sold classic versions of the NES and Super Nintendo, complete with a couple dozen games and the original controllers. Now, Nintendo is in full celebration mode: It’s the 35th anniversary of Mario. The company announced a ton of Mario products, including a new battle royale game and the re-release of “Super Mario 64,” “Super Mario Galaxy” and” Super Mario Sunshine.”

Now it’s Game & Watch’s turn in the spotlight. The 40th anniversary edition of the Game & Watch goes on sale November 13 for a limited time and retails for $49.99.