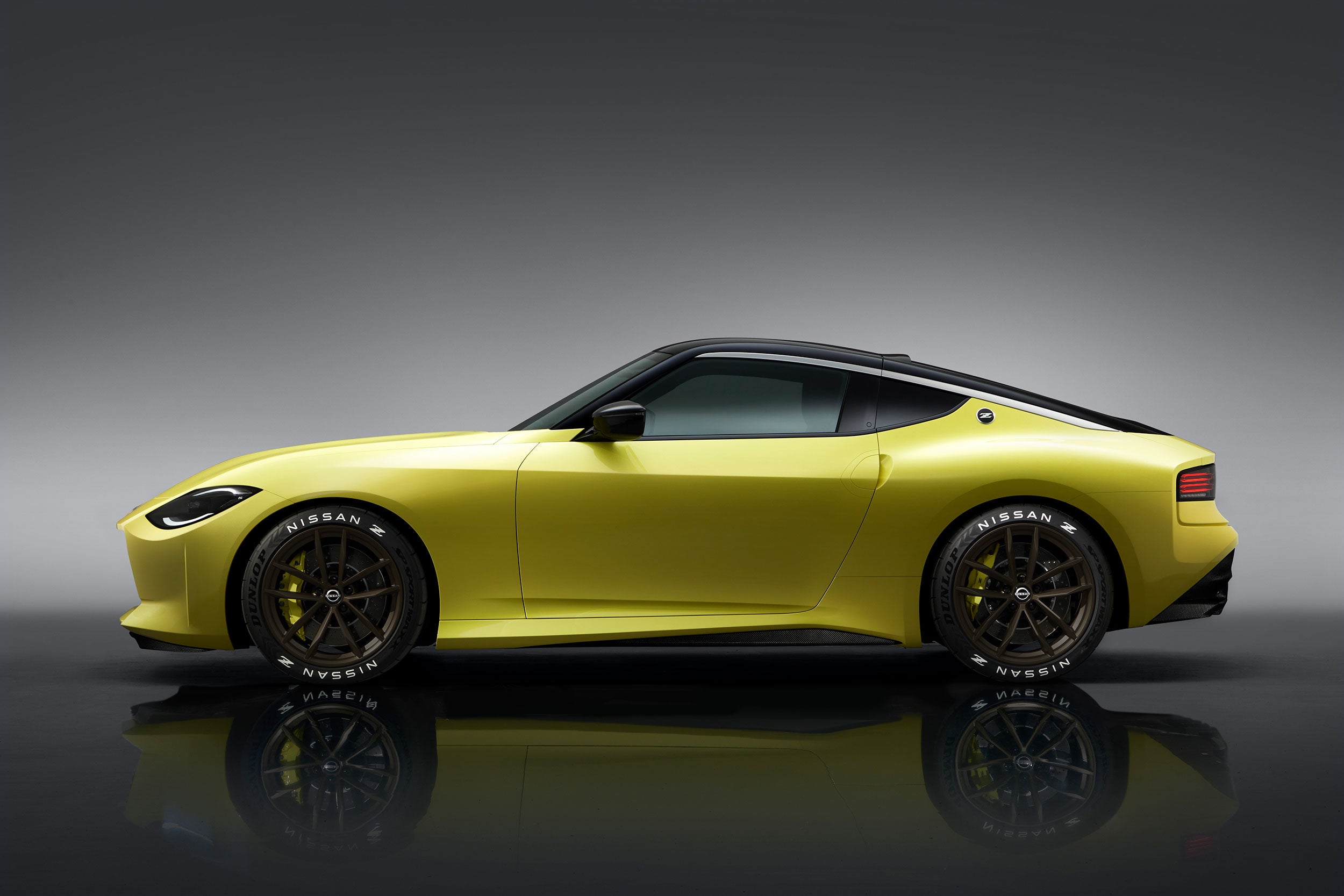 (CNN) — On Tuesday night, Nissan unveiled the Z Proto, offering up an early look at what will be the first new version of its Nissan Z sports car in more than a decade.

The Z Proto, which Nissan calls a “development study vehicle,” is a “near-production protoype,” according to the company.

Nissan’s Z cars have long had a passionate following and early models have become collectibles. Original 240Zs that arein good condition are worth about$20,000 today, according to collector car appraisers at Hagerty. But an extraordinary 1971 model with only 21,000 miles sold on the auction website Bringatrailer.com last January for $310,000.

The lastproductionversion, which is sold as the 370Z in the US, was introduced in 2009. It hasn’t been substantially redesigned since then.

The Z Proto has a number of design elements drawn from earlier model Z models. The shape of its hood and headlights are reminiscent of the 240Z’s classic sports car proportions. The prototype car’s pearlescent yellow paint scheme is suggestive of a yellow paint popular on early Zs.

Inside, the Z Proto has a deep-dish steering wheel which is reminiscent of classic performance cars of the late 1960’s and early ’70’s. Also, the Z Proto has a manual transmission, a rare feature today even in sports cars. Under the hood, the Z Proto has aturbocharged V6 engine, although Nissan provided no details about its size or power output.

The taillights are modeled on those of the 1990’s 300ZX, a model that had introduced a radically new, more modern flat-sided design to the Z.

The original Z car, the 1970 Datsun 240Z, is widely credited with changing Americans’ perceptions of Japanese cars. (At the time, Nissan sold cars in the US under the Datsun name.) There had been Japanese sports cars before, including ones from Nissan, but the 240Z was different. It was relatively affordable, unlike Toyota’s beautiful but expensive 2000GT, while it offered compelling performance.

“The Z really was a game changer,” said Ben Hsu, editor of the website JapaneseNostalgicCar.com and author of the book “Classic Japanese Performance Cars.” “It had the power of larger sports cars but it didn’t cost as much as larger, more expensive sports cars like Porsches and whatnot.”

A version of the Nissan Fairlady Z coupe, introduced at the same time in Japan, the Datsun 240Z was engineered especially for the US market. Two important changes were made for the American market. First, the American Z got a larger, more powerful engine and the Fairlady name was dropped in favor of a number.

The number would get larger through succeeding generations, including the 280ZX, 300ZX and 370Z. Meanwhile, the Fairlady name has continued in Japan.

Nissan has not yet said when the new Nissan Z model will come to market or how much it will cost.Hsu said he hopes the new version remains true to the Z’s original emphasis on affordable performance, with an emphasis on enjoyment over performance statistics.

“The world doesn’t need any more supercars,” he said. “The world is flush with supercars that are insanely fast and insanely expensive. What we’re lacking are cars at the bottom end of the market.”