Prices are tumbling at an alarming rate 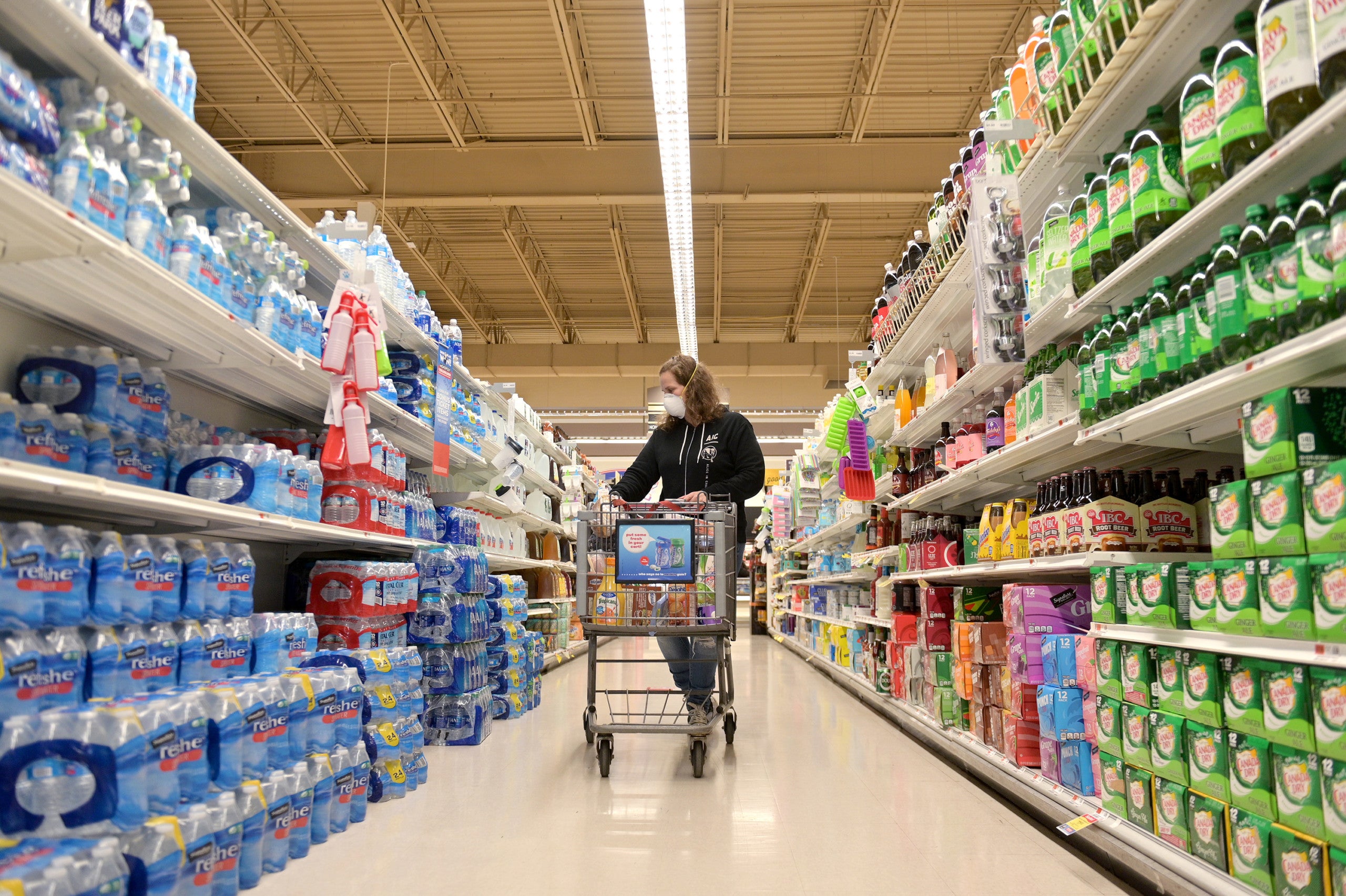 CLARK, NEW JERSEY - APRIL 27: Clark resident Jen Valencia shops for a customer as she supplements her income working for Instacart at Acme Market on April 27, 2020 in Clark, New Jersey. Instacart has experienced a massive surge in customer demand and employment recently due to lockdowns and other restrictions caused by COVID-19. (Photo by Michael Loccisano/Getty Images)
by: Anneken Tappe, CNN Business
Posted: May 12, 2020 / 01:33 PM EST / Updated: May 12, 2020 / 01:34 PM EST

(CNN) — Prices are tumbling in America as the coronavirus lockdown drags on and people spend less.

US consumer prices declined for the second-straight month in April, the Bureau of Labor Statistics reported on Tuesday. Prices fell by 0.8% on a seasonally adjusted basis in April, marking the largest drop since December 2008.

That’s an alarming drop, dragged down primarily by falling gasoline and energy prices. But excluding volatile food and energy, prices still fell by 0.4%. That’s the largest monthly decline in the so-called core consumer price index since the BLS began tracking the data in 1957.

Falling prices might sound like a good thing, but economists agree that deflation — the opposite of inflation — would be very bad news.

When prices fall because people aren’t buying things, manufacturers sometimes can’t charge enough to make the product they’re trying to sell. That means they’ll stop making those products and lay off workers. That can start a vicious circle in which demand continues to fall as more people lose their jobs.

Deflation isn’t here yet — prices have risen 0.3% over the past 12 months. But if stay-at-home orders continue to plunge the economy into a massive downturn, lower prices could exacerbate the damage.

The collapse in gas prices was brought on by a demand crisis in the oil market, combined with an inopportune time for a major price war between Saudi Arabia and Russia.

The oil market is struggling with waning demand as people cancel their travel plans, work from home or lose their jobs. Yet oil companies continued to produce, while limited storage capacity for oil barrels dragged the price for one oil futures contract into negative territory last month.

Americans felt the effect at the pump, as the BLS’s gasoline price index plummeted by 20.6% in April. The overall energy index fell 10.1%.

Even though tumbling energy prices made up the majority of falling prices in last month, it wasn’t the only area where prices dropped.

Prices for apparel, car insurance, airline fares and lodging away from home helped drag the overall index down as demand for these goods and services disappeared.

As most of America continues to be under some degree of lockdown restrictions, the amount of spending on vacations and many discretionary items has gone down. Economists worry this kind of spending might take time to recover as consumer remain cautious even after the restrictions lift.

The price index for eggs climbed more than 16% — the biggest increase for any food item.

Economists expected the coronavirus crisis to have a largely deflationary effect. The April data is proof of that. That’s bad news for policy makers at the Federal Reserve, who like to keep inflation at around 2% — widely accepted as the ideal balance for the US economy.

“Even as the economy reopens, core inflation is likely headed below 1% in the coming year in the face of high unemployment and low commodity prices,” said Sal Guatieri, Senior Economist at BMO.

The Fed has unleashed an enormous monetary policy stimulus package to stabilize markets and help the economy through this crisis.

Ordinarily, monetary action like that is expected to increase inflation. But Oxford Economics chief US economist Gregory Daco said that given the direction prices are going, “a surge in inflation is the least of our worries.”