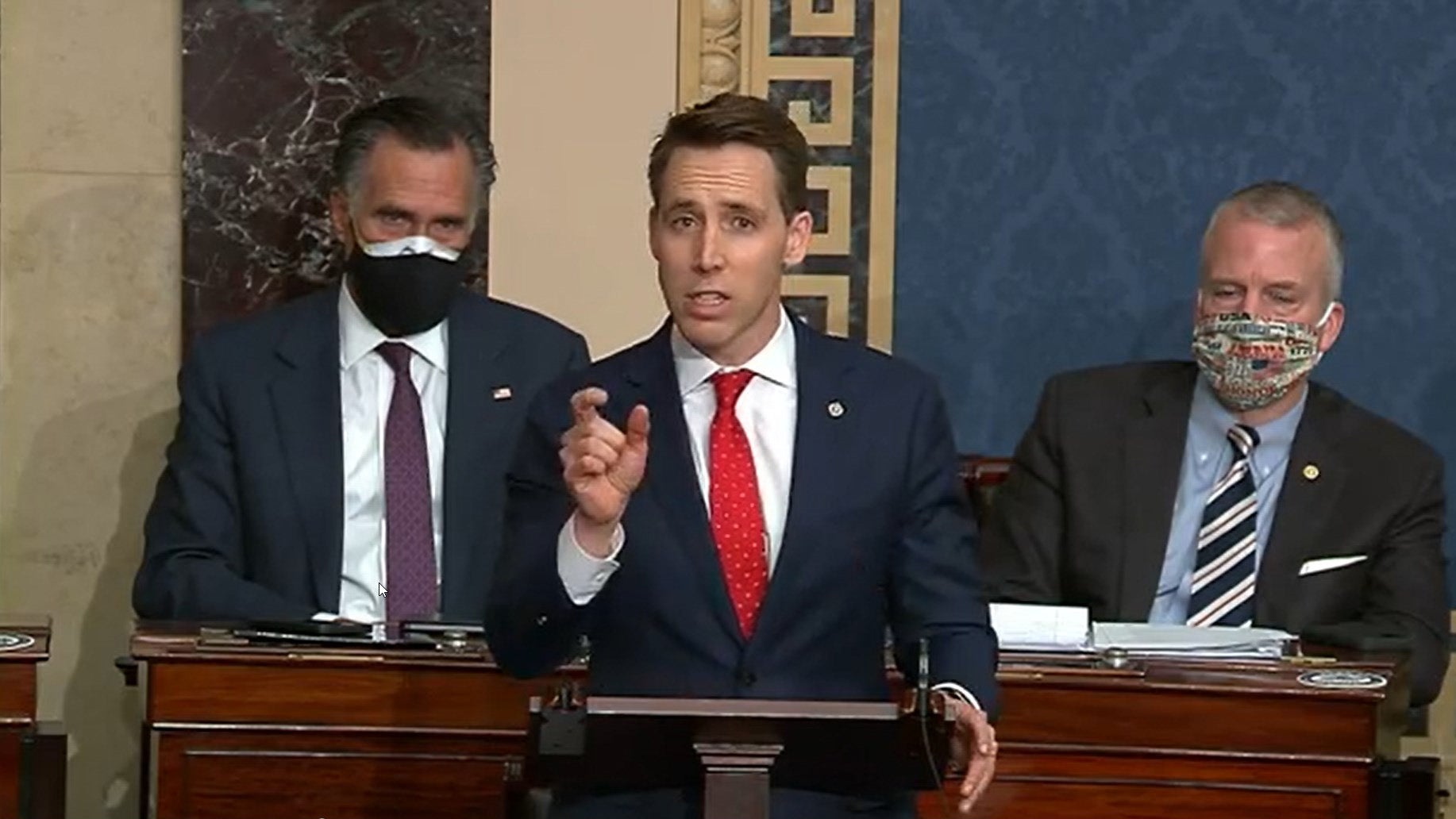 NEW YORK (AP) — Sen. Josh Hawley has found a new publisher after his book was dropped by Simon & Schuster in the wake of the siege of the U.S. Capitol by supporters of President Donald Trump.

The conversative publisher Regnery announced Monday that Hawley’s “The Tyranny of Big Tech” will come out this spring.

“Regnery is proud to stand in the breach with him. And the warning in his book about censorship obviously couldn’t be more urgent,” Regnery President and Publisher Thomas Spence said in a statement.

Hawley, a Republican from Missouri, has been widely condemned for his encouragement of the Jan. 6 protest that ended with a violent mob rampaging through the Capitol. Thousands had gathered that day as Congress voted to formally certify Joe Biden’s win over Trump. Hawley and Sen. Ted Cruz of Texas, also a Regnery author, led objections in the Senate to Biden’s victory, citing baseless claims the election was stolen.

NEW YORK (AP) — A planned book by Sen. Josh Hawley, who objected to President-elect Joe Biden’s win and backed baseless claims that the election was stolen, has been canceled by its publisher in the wake of the insurrection at the U.S. Capitol by a mob of pro-Trump supporters, a decision the Missouri Republican called “Orwellian” and vowed to fight in court.

In a statement Thursday, Simon & Schuster announced that “After witnessing the disturbing, deadly insurrection that took place on Wednesday in Washington, D.C, Simon & Schuster has decided to cancel publication of Senator Josh Hawley’s forthcoming book, ‘The Tyranny of Big Tech.’

“We did not come to this decision lightly,” the publisher added. “As a publisher it will always be our mission to amplify a variety of voices and viewpoints: at the same time we take seriously our larger public responsibility as citizens, and cannot support Senator Hawley after his role in what became a dangerous threat to our democracy and freedom.”

Thousands of Trump supporters had gathered in Washington on Wednesday to protest Congress’ formal certification of Biden’s win and many ended up storming into the Capitol and occupying it for hours, delaying the process into early Thursday morning. A widely seen photo, taken before the occupation, shows Hawley raising a fist in solidarity to the crowd.

Hawley has often been cited as possible future presidential candidate and his book, scheduled to come out in June, was an intended forum for a favorite theme — the undue power of Google, Facebook and other internet giants. Soon after news broke that his book was dropped, Hawley tweeted, and tagged his comments directly to Simon & Schuster, that he was being unfairly censored and punished.

“This could not be more Orwellian. … I was representing my constituents, leading a debate on the Senate floor on voter integrity, which they have now decided to redefine as sedition,” he said.

“Let me be clear, this is not just a contract dispute. It’s a direct assault on the First Amendment. … I will fight this cancel culture with everything I have. We’ll see you in court.”

Simon & Schuster quickly issued another statement: “We are confident that we are acting fully within our contractual rights” to cancel the book.

Simon & Schuster has had numerous clashes with Trump and his supporters over the last few years. It called off a deal with the far-right writer and commentator Milo Yiannopoulos and published several anti-Trump best-sellers, including niece Mary Trump’s “Too Much and Never Enough” and former National Security Advisor John Bolton’s “The Room Where It Happened.”

New York publishers had already expressed wariness about taking on a post-presidential memoir by Trump, whose “Crippled America” was published by a Simon & Schuster imprint in 2015, and this week’s events makes a deal with them far more unlikely. A Simon & Schuster spokesman declined comment on whether the publisher would be interested in a new Trump book. Messages left with Penguin Random House, publisher of Trump’s bestselling “The Art of the Deal,” and HarperCollins Publishers were not immediately returned.