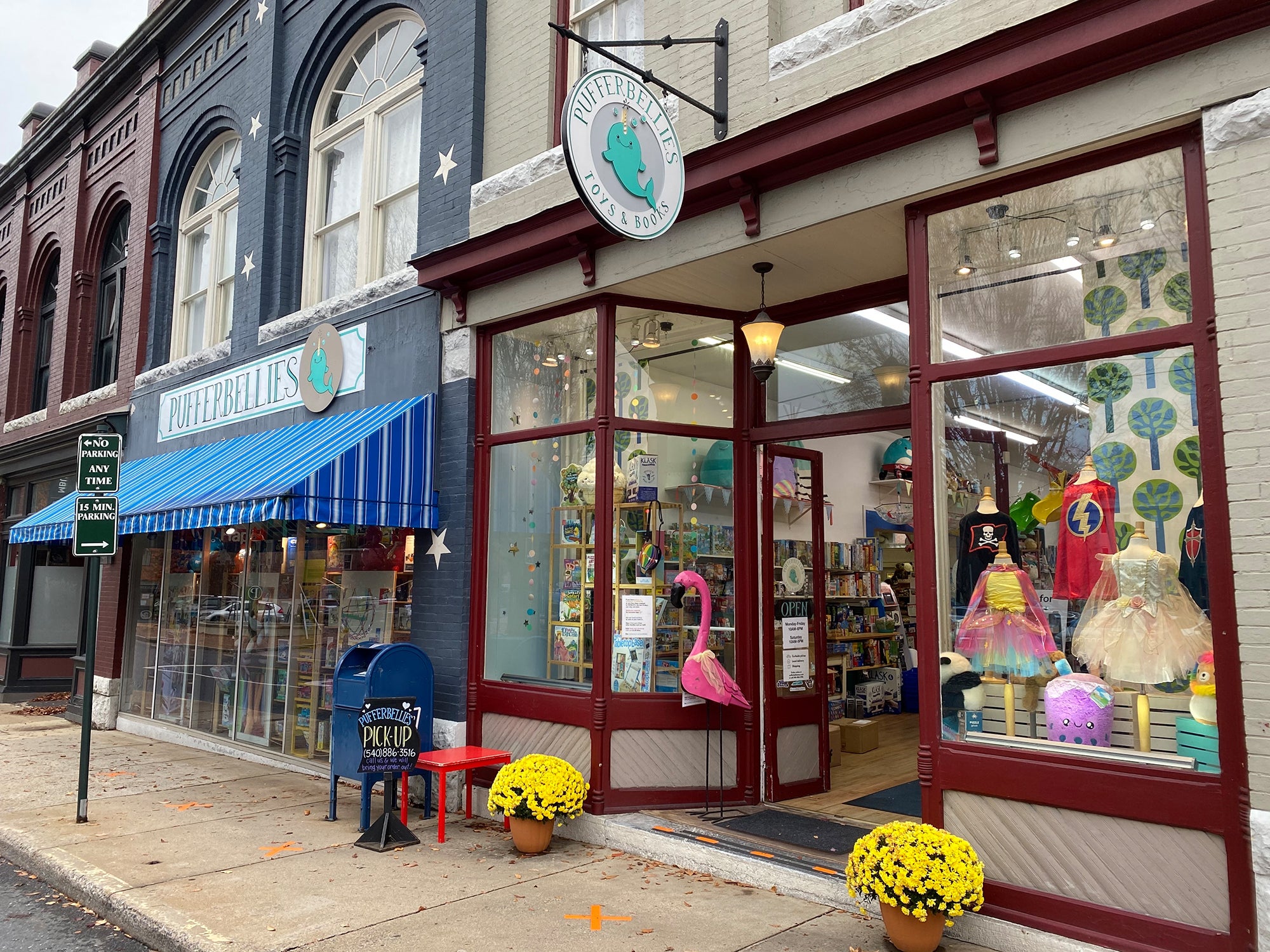 (CNN) — The winter holidays are typically the busiest, and most successful, time of the year for Erin Blanton, the owner of Pufferbellies toy store in Staunton, Virginia.

Around a quarter of Pufferbellies’ annual sales come between Thanksgiving and Christmas, when shoppers, she said, “come out of the woodwork” to buy Legos, snow globes, puzzles, playing cards, stuffed animals and other gifts for their family and friends.

But Blanton, who runs the store with her mother and has five employees, is more concerned about this holiday season than she has ever been in Pufferbellies’ 15 years in business.

Sales are constrained by restrictions on the number of customers allowed inside her 1,900 square-foot shop at a time in the pandemic — Blanton puts a pink flamingo outside the store when it’s at full capacity. Pufferbellies can’t hold holiday events in the store this year, a key sales driver, and some of her suppliers tell her they are running on delays because they can’t staff their own warehouses to usual levels. Before the pandemic, Pufferbellies had play tables and toys set out for kids to try, but those are now tucked away.

Pandemic restrictions have taken a toll on small toy retailers because “they just don’t have the room to have people in [stores] with six-foot social distancing,” said Sue Warfield, interim president of the American Specialty Toy Retailing Association, which represents more than 1,800 independent retailers and manufacturers in the toy industry.

Pufferbellies has also had to handle rising costs related to the coronavirus, including installing plexiglass barriers at cash registers, buying extra hand sanitizer and hiring an employee to enforce customer limits in the store.

And then there is rising competition from Amazon and big box chains such as Walmart, Target, Costco. These companies have stayed open throughout the pandemic, even as small toy stores were forced to shut down in the spring.

While small toy stores like Pufferbellies are struggling to stay afloat in the pandemic, Amazon and big box chains’ sales have surged as shoppers head online and consolidate their visits to stores. Analysts predict a bumper holiday season for these companies.

In contrast, the situation is particularly dire for independent toy retailers. Sales at toy, hobby and game stores dipped 26% between mid-March, when shutdowns first began, and late October compared with the same time last year, according to data from Womply, a company that provides software platforms for small businesses and tracks sales through credit and debit card transactions.

Small toy stores’ struggles have come even as toy sales grew 19% through September, according to market research firm NPD Group. Toys and puzzles have been in high demand as parents and kids spend more time at home and look for ways to entertain themselves during the pandemic. But the benefits are going to Amazon and big-box chains.

Stephanie Wissink, a retail analyst who covers the toy industry at Jefferies, point out that young parents today buying toys for their kids “have grown up in a world where everything is available to them” on Amazon.

Additionally, the Toys ‘R’ Us bankruptcy filing in 2017 and FAO Schwarz’s closing pushed Amazon and big box chains to build up their toy inventories to try to take those companies’ market share.

“It was like confetti in the air,” said Wissink.

This holiday season is likely to widen the gap between large chains and small toy stores, say retail experts.

Elle Dare, who runs Genuine Toy Company, a toy store in Plymouth, Michigan that has a retro vibe and plays theme songs from old television shows like “Leave it to Beaver” and “Saved by the Bell,” is hoping to bring in enough cash this holiday to pay her suppliers and keep up on rent.

“If we can just pay the bills, I think that we can get through this,” she said. But Dare is worried about ordering too many toys this holiday and holding leftover inventory. She is also bracing for new restrictions on retailers from the recent spike in coronavirus cases, which would hurt sales and make it impossible to pay her vendors.

She is holding out hope that the struggles of independent stores like Genuine Toy Company in the pandemic will galvanize shoppers to buy local this holiday.

“People are realizing that if they want their local businesses around they are going to have to support them, especially during hard times.”