Snowcone the Happy Unicorn is the latest victim of manufacturing chaos 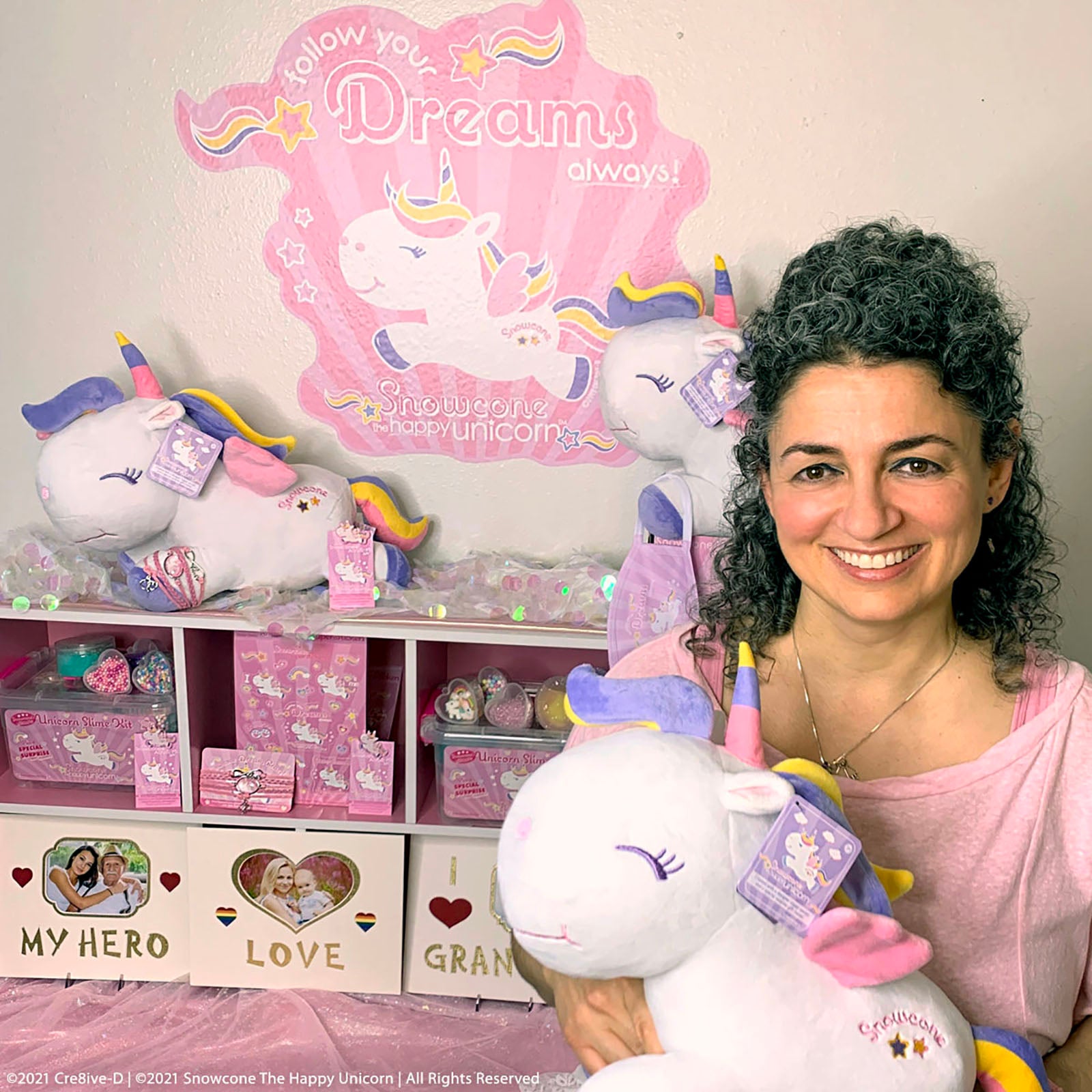 (CNN) — The holiday season isn’t looking so merry for Dena Fargo this year. Her best-selling toy, a multi-colored, smiling stuffed animal called Snowcone The Happy Unicorn, won’t make it to eager parents and kids this year.

“I can’t place an order. My margins just do not support it,” said Fargo, whose Costa Mesa, California-based businessCre8ive-D normally sells the product on its website and in Hallmark stores. Fargo is searching for manufacturing options in India and Europe to produce a couple hundred of the stuffed animals for Christmas, but her hopes are fading. Fargo had considered raising prices on customers to offset her higher costs, but her window to secure the toys for the holidays has passed.

The problem is not demand from customers for the toy, according to Fargo. “The demand is there. It’s the supply.”

Increased expenses and myriad supply chains pressures — factory shutdowns, bottlenecks at key ports, and struggles hiring domestic truck drivers — are taking a toll on businesses of all sizes entering the pivotal holiday stretch. They are especially difficult for mom-and-pop owners like Fargo to navigate. That could impact the products they are able to carry during the holiday and the prices they sell them for more so than larger competitors, supply chain experts say.

“Large retailers have an enormous advantage over small stores because of their scale, resources, supplier relationships and systems,” said Patrick Penfield, a supply chain management professor at Syracuse University. “Smaller retailers are going to really struggle to fill their shelves. It’s going to be a difficult holiday season for them.”

As companies battle to secure inventory for holiday shoppers, large companies have the upper hand over smaller competitors at nearly every link of the chain, according to supply chain experts. They also have greater ability to absorb higher costs, say experts.

“If you are a supplier to Walmart or Target, you are going to do whatever they ask just because of the sheer volume of what they purchase and getting potential business in the future,” said Penfield.

This year, top players such as Walmart, Costco, Target, Home Depot and others are chartering their own private ships to bring in merchandise from overseas, loading up on extra inventory, and using more expensive air freight to ship merchandise.

“We’ll be ready for the holidays,” Target CEO Brian Cornell said in a CNBC interview in August. “We have got a lot of inventory flowing our way right now.”

One big advantage for top chains is scale, which translates to priority with shippers. Edwin Keh, head of the Hong Kong Research Institute of Textiles and Apparel and a former chief operating officer and senior vice president of Walmart’s global procurement, said large retailers have long-term contracts with shipping companies and enough volume that make them shippers’ most important customers. That’s a big benefit when containers are stuck at ports.

“This makes their containers first to get onboard and last to be offloaded,” he said in an email. “They also have dedicated agents at the ports to help smooth the clearance process, saving them time.”

Large retailers also often have backup suppliers in different parts of the world to allow them to avoid port bottlenecks, he said. “If some of the ports or routes from Asia gets too crowded, they can shift to Central or South America to manufacture their goods and vice versa,” Keh said.

Most independent stores don’t have the access to capital to fund costly options like chartering ships, nor do they have backup suppliers on hand.

The holidays are usually a busy time of year for Simply Naked Candle Co., a boutique candle shop in Conyers, Georgia. But this year, the store is having trouble procuring jars, wax and fragrances from domestic suppliers that are essential to producing its most in-demand candles, such as Love and Honey, Brown Sugar and Pineapple Passion.

Co-owner Shante Smith has set up email alerts from essential oils’ suppliers that notify her when oils she needs are back in stock. She recently get an alert at 2:00 a.m. and woke up to buy the product on the spot because she worried it would be sold out by the morning.

Smith is paying $5 for jars that cost $1.75 last year. A 50-pound box of wax costs $110, up from $55. Smith used to order these supplies in bulk, but now she’s ordering them piecemeal when she’s running low since she doesn’t have the cash to pay for the quantity she’d normally get.

“If we could afford to order more, we would,” she said. “We have a very, very strict budget.”

Ideally, Smith would buy full pallets of around 1,000 jars, which would allow her to bring down the price she pays per unit. “If we could afford to order more, we would,” she said. “We have a very, very strict budget.” But she’s stuck paying more for less since she can’t meet that threshold.

“If I had enough to buy pallets at a time, that would be a good Christmas for me.”