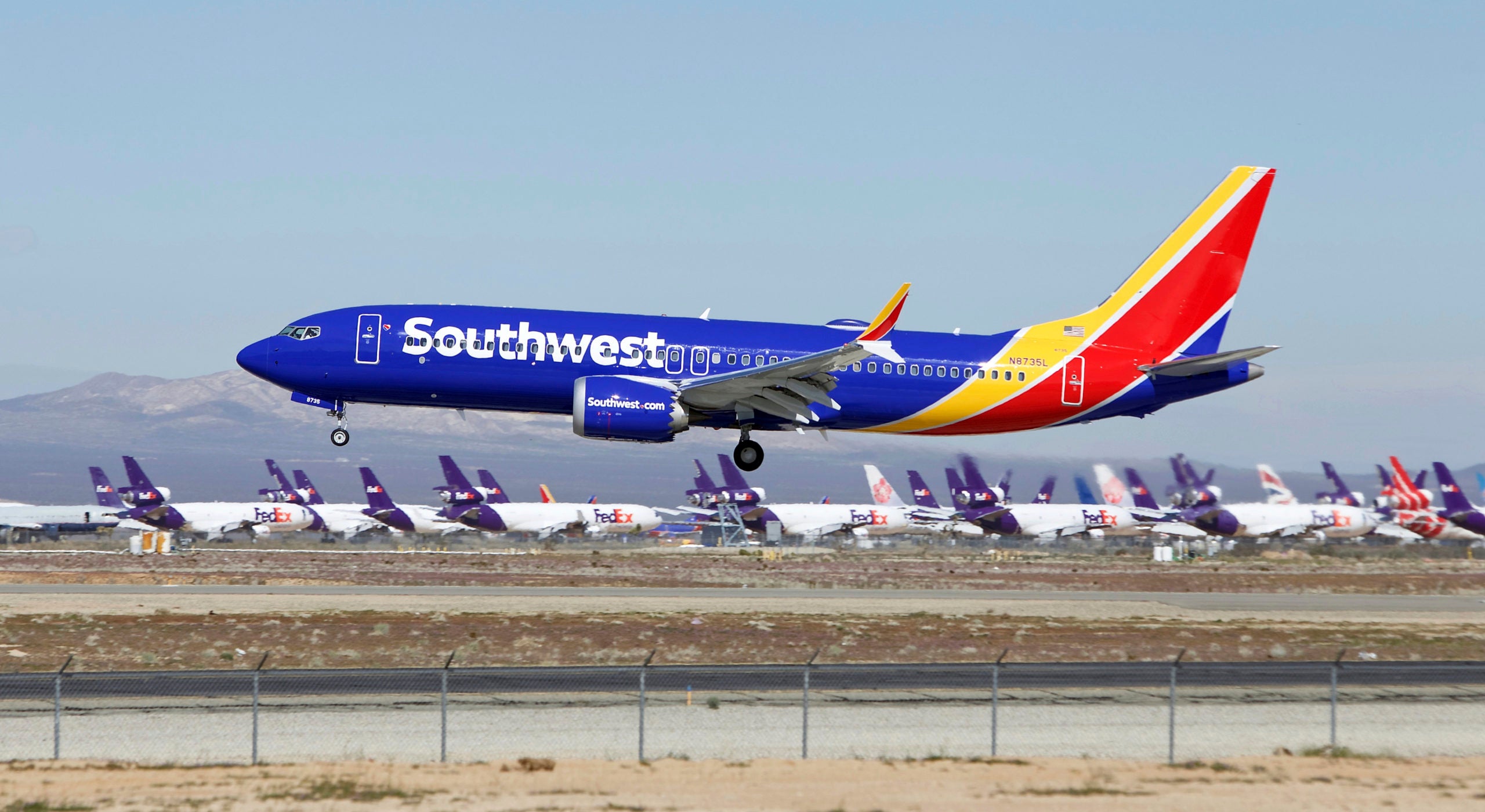 (CNN) — If you’re already asleep during the preflight announcements, you’re likely to miss it.

Southwest Airlines is asking passengers to report any “unwelcome behavior” on their aircraft to the flight attendants on duty.

As of January 22, it’s now part of the airline’s required preflight emergency briefing and demonstration, right after the instructions about operating oxygen masks.

“We are here for your comfort and safety,” said the flight attendant on the ground at Hartsfield-Jackson Atlanta International Airport in Georgia. “Please report any unwelcome behavior to your flight attendant. Thank you for your attention.”

“This change reflects Southwest’s commitment to ensuring a safe and welcoming environment at all times,” Southwest spokesman Brian Parrish told CNN Travel, confirming the language had recently been added to the airline’s preflight briefing.

The airline wants to remind customers that their flight attendants, who are known throughout the industry for making their flights fun, “are an approachable, professional resource for reporting any unwelcome behaviors or conduct during a flight,” Parrish said.

Southwest’s flight attendants have established procedures, which may include re-seating a customer away from the person exhibiting the “unwelcome behavior,” requesting that the offending customer stop whatever offensive behavior they’re doing, notifying the captain and seeking law enforcement assistance upon landing, Parrish said.

There are a growing number of reports of people being assaulted in flight and not knowing what to do at 30,000 feet, including kidnapping victim Elizabeth Smart.

The number of sexual assaults reported during commercial airline flights has been increasing “at an alarming rate,” the FBI said two years ago.

They’re not the first

Southwest isn’t the first airline to include that language in their announcements.

After two instances of sexual harassment on its flights in late 2017, Alaska Airlines confirmed to CNN via email that it added the following language to its preflight announcement: “Your safety and well-being are important to us. Please report any unwelcome behavior to a crewmember.”

Other airline crews have had to deal with sexual harassment in the sky.

Virgin Atlantic faced blowback in 2019 after passengers used its in-flight messaging system to harass a fellow passenger, who happened to specialize in sexual harassment cases at a law firm.

The airline told CNN in October 2019 that its seat-to-seat messaging was already being phased out across the fleet at the time of the incident.

What other US airlines do

United Airlines doesn’t include harassment-related language in its preflight briefing but the airline instituted enhanced training in 2018 to help flight attendants recognize harassment and unwelcome conduct.

Flight attendants are empowered to remove customers who are being harassed from those situations, United spokeswoman Kimberly Gibbs said.

American Airlines doesn’t include such language either, but a spokesman says its flight attendants “are trained to address a wide range of issues that may arise inflight, and are empowered to take action in response to any situation that would detract from a customer’s journey with us.

“We strive to create a safe, inclusive and comfortable environment for our customers and team members, and we do not tolerate unwelcome or inappropriate behavior of any kind,” said American spokesman Derek Walls.

Delta Air Lines has “language for both our on-board video and in-flight announcements that encourages customers to [tell] flight attendants if they need assistance,” Delta spokesman Anthony L. Black told CNN Travel, although he said it doesn’t specifically mention harassment or assault.

“We also continue to review our communications for opportunities to update our messages.”