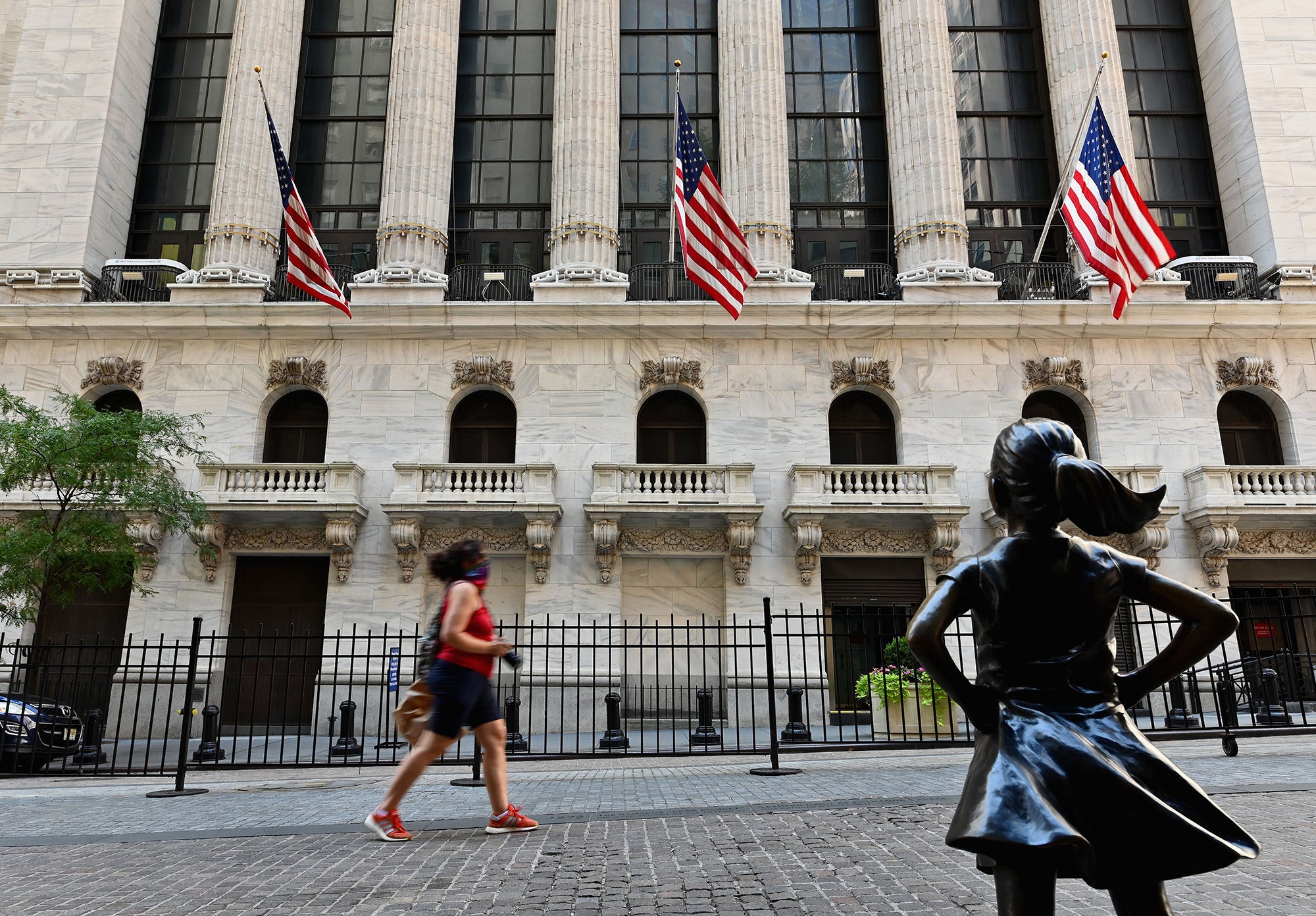 (CNN) — The S&P 500 is so close to a new record high — its first since the pandemic hit and exceeding its all-time high from February. The stock index fell short of a new peak on Tuesday, but it remains just an arm’s length away.

A new all-time high in the next few days would mean it took Wall Street less than five months to go from nadir to new record, and if that happens, it would make the 2020 bear market the shortest in history.

The magic closing number for the S&P 500 is 3,385.15. The index closed down 0.8% on Tuesday, reversing earlier gains and falling just over 50 points — ending the day about 1.5% short of its milestone. Even so, the S&P could reach that level within the next few days.

If all eventually falls into place, the coronavirus bear market will have been the shortest ever at just 1.1 months, according to S&P Dow Jones Indices’ Howard Silverblatt. It will almost certainly be the fastest recovery on record.

Although the index is closing in on a record, it doesn’t meet everyone’s definition of a new bull market just yet. CFRA Research defines a bull market as a 20% rally off the prior low that doesn’t get undercut within six months. The S&P is still just short of a bull market by that definition — but it will very likely happen, unless there’s a sudden market crash in the next few weeks.

Stocks fell into a bear market during the March pandemic selloff. A bear market is a 20% drop from the most recent highs. But, by April, the S&P 500 had already rebounded 20% off its lows, putting it on track for a new bull market and risking whiplash for investors.

The market has continued to rally since then, boosted by unprecedented fiscal and monetary stimulus, as well as hopes for an economic rebound and a rally in certain sectors, including technology. The S&P 500 is now up 3.2% for the year.

Stocks ended the session lower on Tuesday. The Dow closed down 0.4%, or 105 points. The Nasdaq Composite, which last set a record high last Thursday, spent to whole day in the red and finished down 1.7%.

Late Monday, President Donald Trump said the White House was considering a capital gains tax cut, which boosted the morale on Wall Street earlier in the day before the optimism fizzled out.

Since congressional negotiations for the next stimulus package broke down last week, Trump signed executive orders over the weekend to boost unemployment benefits and ease payroll tax burdens for some Americans. The efficacy and legality of these actions remains a hotly debated topic in Washington.

Meanwhile, on the COVID-19 front, Russia has become the first country to register a vaccine against the virus. Though Russia’s process has raised questions in the medical community, the step could boost hopes that a vaccine is not far off.