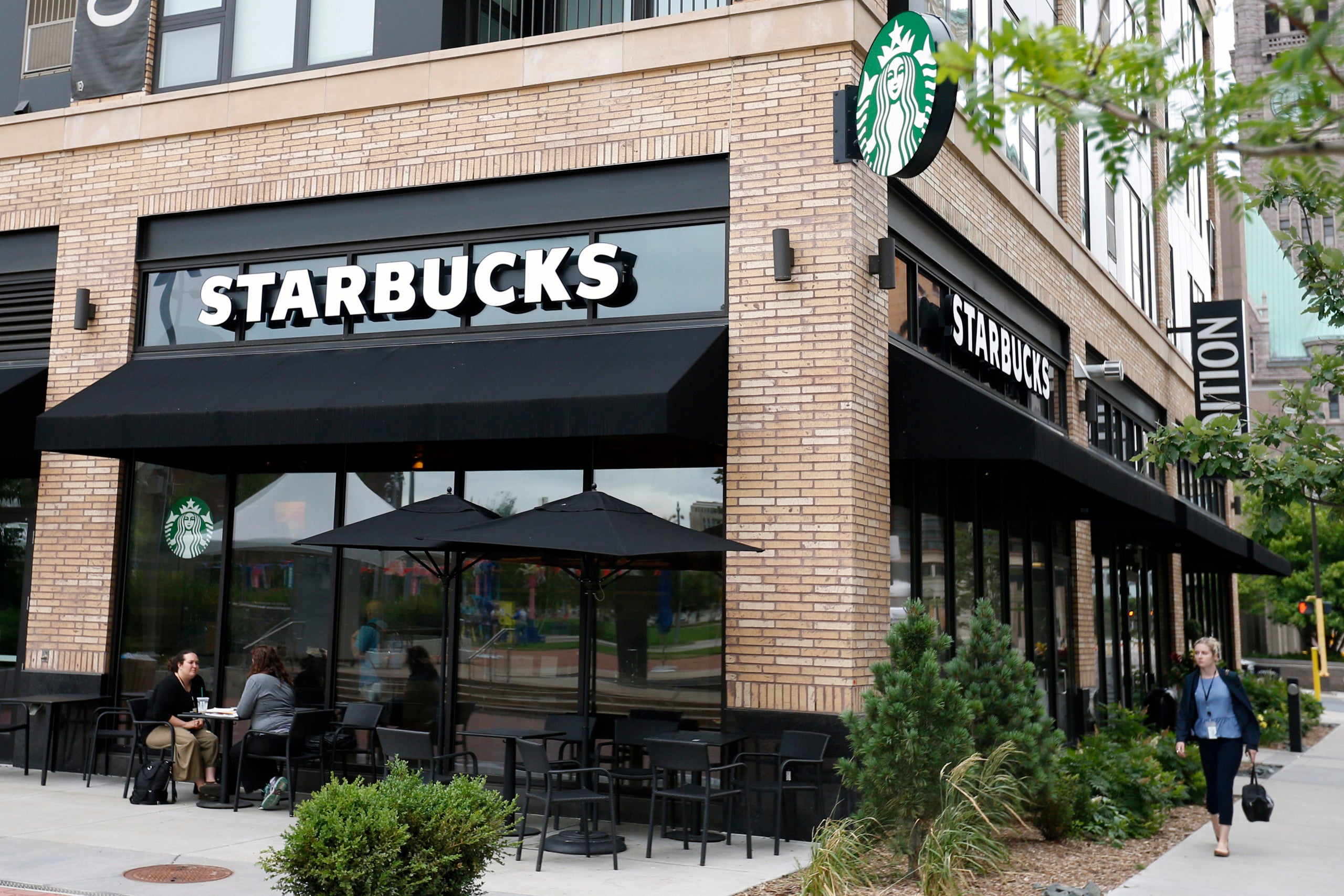 FILE - In this July 10, 2019 file, photo customers visit at a Starbucks in Minneapolis. Starbucks is adding plant-based meat to its U.S. menu for the first time. The Seattle-based coffee chain says a breakfast sandwich made with imitation sausage from California-based Impossible Foods is now available at a majority of its U.S. restaurants. (AP Photo/Jim Mone, File)
by: DEE-ANN DURBIN, AP Business Writer
Posted: Jun 23, 2020 / 12:30 PM EST / Updated: Jun 23, 2020 / 12:30 PM EST

(AP) — Starbucks is adding plant-based meat to its U.S. menu for the first time.

The Seattle coffee chain said Tuesday that a breakfast sandwich made with imitation sausage from Redwood City, California-based Impossible Foods is now available at a majority of its U.S. restaurants. The sandwich comes with egg and cheese and is served on a ciabatta bun.

Starbucks said earlier this year that it would add plant-based meat to its menus worldwide as part of an effort to reduce its environmental impact. The company has sold milk alternatives, such as soy milk and oat milk, in the U.S. and elsewhere. But the sausage is its first plant-based food item in the U.S.

In April, it began selling lasagna, pasta and wraps made with Beyond Meat crumbles in China. It also introduced a Beyond Meat breakfast sandwich in Canada in February. Beyond Meat, which is based in El Segundo, California, is Impossible Foods’ chief competitor.

Asked why it went with an Impossible Foods sausage for the U.S. over one from Beyond Meat, Starbucks said it works with a variety of suppliers around the globe.

Shares of Beyond Meat Inc. slipped just over 1% before the opening bell Tuesday.