Stores are closing on Thanksgiving, but thousands of retail staff are still working 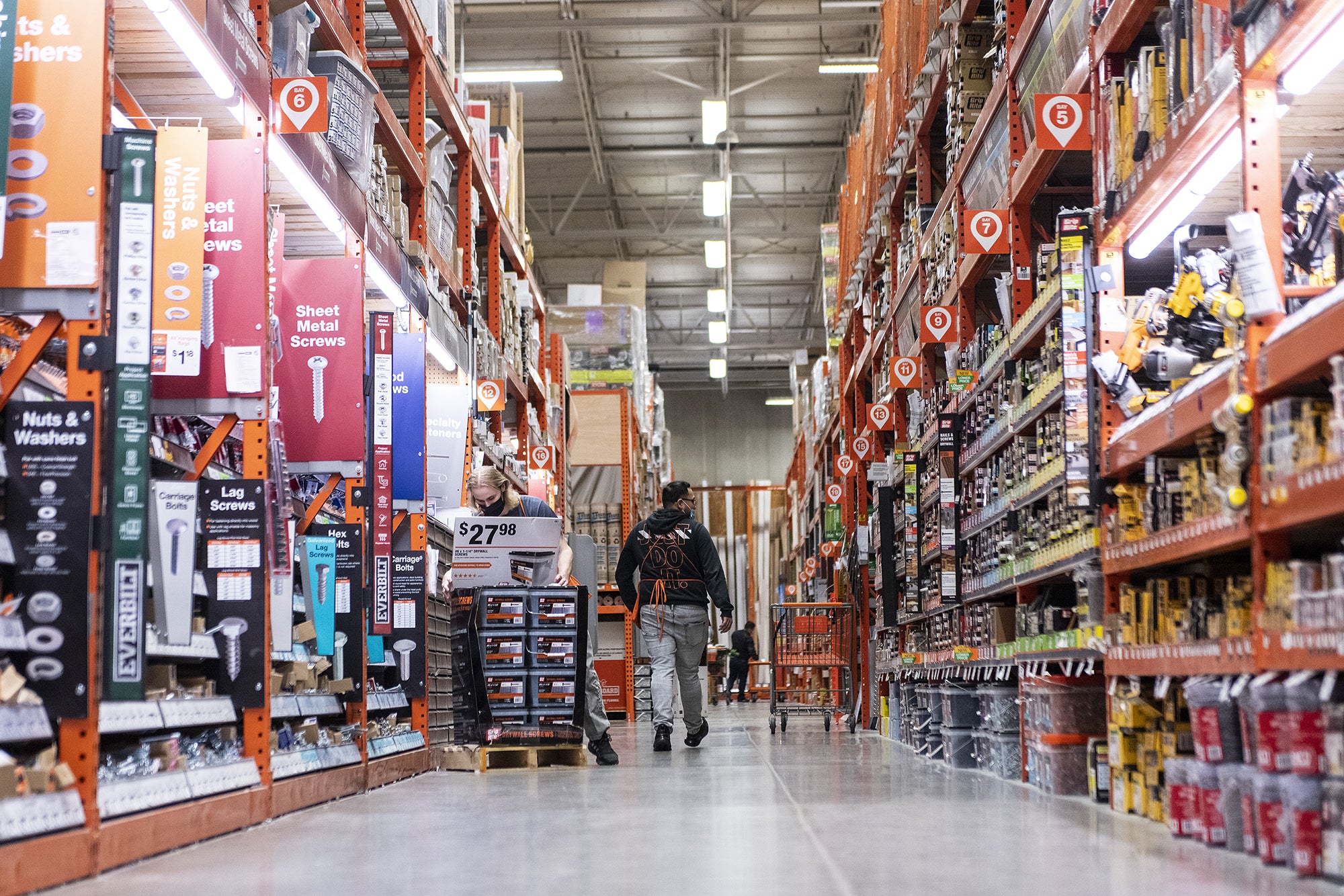 A employee walks down an aisle at a Home Depot Inc. store in Chicago, Illinois, U.S., on Monday, Nov. 23, 2020. For the first time ever on Black Friday, more consumers intend to shop online than in stores, a switch driven by the coronavirus pandemic, according to a survey by Deloitte. Photographer: Christopher Dilts/Bloomberg via Getty Images
by: Nathaniel Meyersohn, CNN Business
Posted: Nov 23, 2021 / 03:48 PM EST / Updated: Nov 23, 2021 / 03:48 PM EST

(CNN) — Store workers at major US chains are getting to spend Thanksgiving at home as more retailers decide to close their doors for the holiday. But not all retail staff will get the day off.

In 2020, many other chains closed stores on Thanksgiving for the first time, including Walmart, Best Buy and Dick’s Sporting Goods. These companies will again close stores on the holiday this year, although none have made permanent changes to their Thanksgiving policies going forward.

Some companies, such as Costco and Home Depot, have closed stores on Thanksgiving for years.

That doesn’t mean stores and warehouses will be completely empty Thursday. Black Friday is quickly approaching, and retailers need workers to prepare for the biggest shopping day of the year.

A small percentage of Target’s workforce, such as supply chain and service center workers, will still work on Thanksgiving, said a spokesperson for the company.

Target said it worked with employees to understand their scheduling preference early in the season, and employees who work on Thanksgiving will receive extra pay. Most Target stores will reopen at 7 a.m. local time on Black Friday.

Staying open on Thanksgiving had been a source of tension between retailers and labor advocates in the past, especially as many retailers opened their doors on the holiday to try to get a jump on Black Friday.

Labor advocates have argued that workers should be at home with their families on Thanksgiving instead.

Over the last several years, public pressure on retailers to close on Thanksgiving has faded. Workers’ rights groups have instead focused on broader issues such as the minimum wage, benefits and schedules.

Some states, including Massachusetts, Maine and Rhode Island, have prohibited big-box stores from opening on Thanksgiving. A California legislator proposed a law in 2016 that would have required some companies to pay employees double for working on Thanksgiving, but it did not pass.

The holiday period used to be marked by a few key days — Black Friday being the biggest. Stores would use the occasions to rack up most of their holiday sales. But with the growth of online shopping, retailers aren’t as reliant on holidays to drive sales anymore.

Retailers also don’t want everyone buying at the same time. So, in recent years, they have started their deals and events earlier and spread them out across the season — helping avoid a crush of demand, which can strain their stores and delivery networks.

This year, stores moved up their deals earlier than ever to get in front of supply chain snafus and limit empty shelves.

The extended shopping season means that stores can close on Thanksgiving without much of an impact on sales.

Staying open on Thanksgiving may not make much business sense either. Some retailers have found that keeping stores open on the holiday takes away from sales on Black Friday and over the long weekend.