The US job market probably won’t recover until 2024 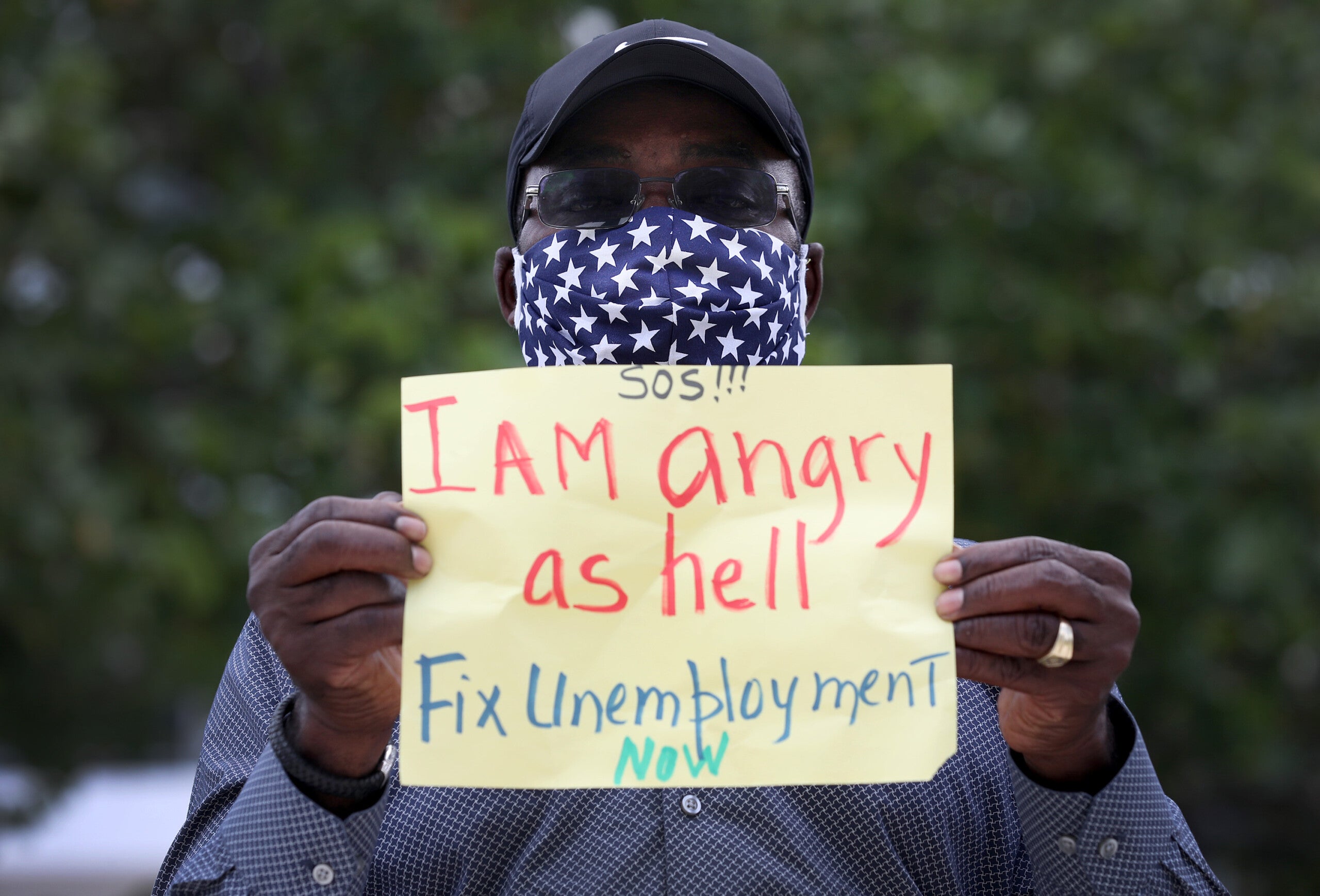 MIAMI BEACH, FLORIDA - MAY 22: Odirus Charles holds a sign that reads, ' I Am angry as hell Fix Unemployment Now,' as he joins others in a protest on May 22, 2020 in Miami Beach, Florida. Unemployed hospitality and service workers who have not received unemployment checks held the protest demanding Florida Governor Ron DeSantis fix the unemployment system and send out their benefits. Since the closure of all non-essential businesses due to the coronavirus pandemic, hundreds of thousands of hospitality workers across Florida find themselves out of work. Florida’s unemployment system has not worked reliably. (Photo by Joe Raedle/Getty Images)
by: Anneken Tappe, CNN Business
Posted: Nov 9, 2020 / 04:40 PM EST / Updated: Nov 9, 2020 / 04:40 PM EST

The pace of America’s jobs recovery has surprised many economists. After losing a record-breaking number of jobs — more than 22 million — in the wake of the spring lockdowns, the economy added back roughly half of those lost positions over the summer.

As of last week’s October jobs report, the United States is still down about 10 million jobs since February, with the nation-wide jobless rate at 6.9% and millions of workers relying on government benefit programs created during the crisis.

It will take a lot of time and work to keep the recovery going.

In a report over the weekend, Goldman Sachs economist Joseph Briggs predicted the unemployment rate will decline to 6.6% by year-end. But “full employment” — an economic term used by the Federal Reserve to signify a healthy job market — won’t be achieved until mid-2024, just in time for Joe Biden (or Vice President-elect Kamala Harris) to seek re-election.

By the end of 2024, Briggs expects an unemployment rate of 3.9% — above the pre-pandemic level, but still healthy.

Before COVID-19 slammed the country, the US job market was in a very strong position. The unemployment rate was near a 50-year low of 3.5% in February, and most people who wanted a job had one.

The Biden administration will have to work quickly to support the jobless and businesses that are still hurting. Biden said he would extend the pandemic unemployment insurance programs and provide further fiscal support for businesses.

The jobs recovery will continue to get a tailwind from temporarily laid off workers returning to work, while newly created jobs will remain available for other unemployed workers, the Goldman economist said.

And the workers who dropped out of the labor force altogether during the crisis, meaning they are neither employed nor looking for a job, will slowly filter back in to the labor market after a vaccine is distributed, Briggs said.

One reason to be optimistic about labor force participation in the long run is that many people still cite the pandemic as a reason not to return to their job search. But with a vaccine, that concern will be lessened.

On Monday, drug maker Pfizer said its COVID-19 vaccine is more than 90% effective. The company plans to seek emergency use authorization from the U.S. Food and Drug Administration soon after volunteers have been monitored for two months following their second dose of the vaccine. Pfizer expects to have 50 million doses ready this year and 1.3 billion doses next year.