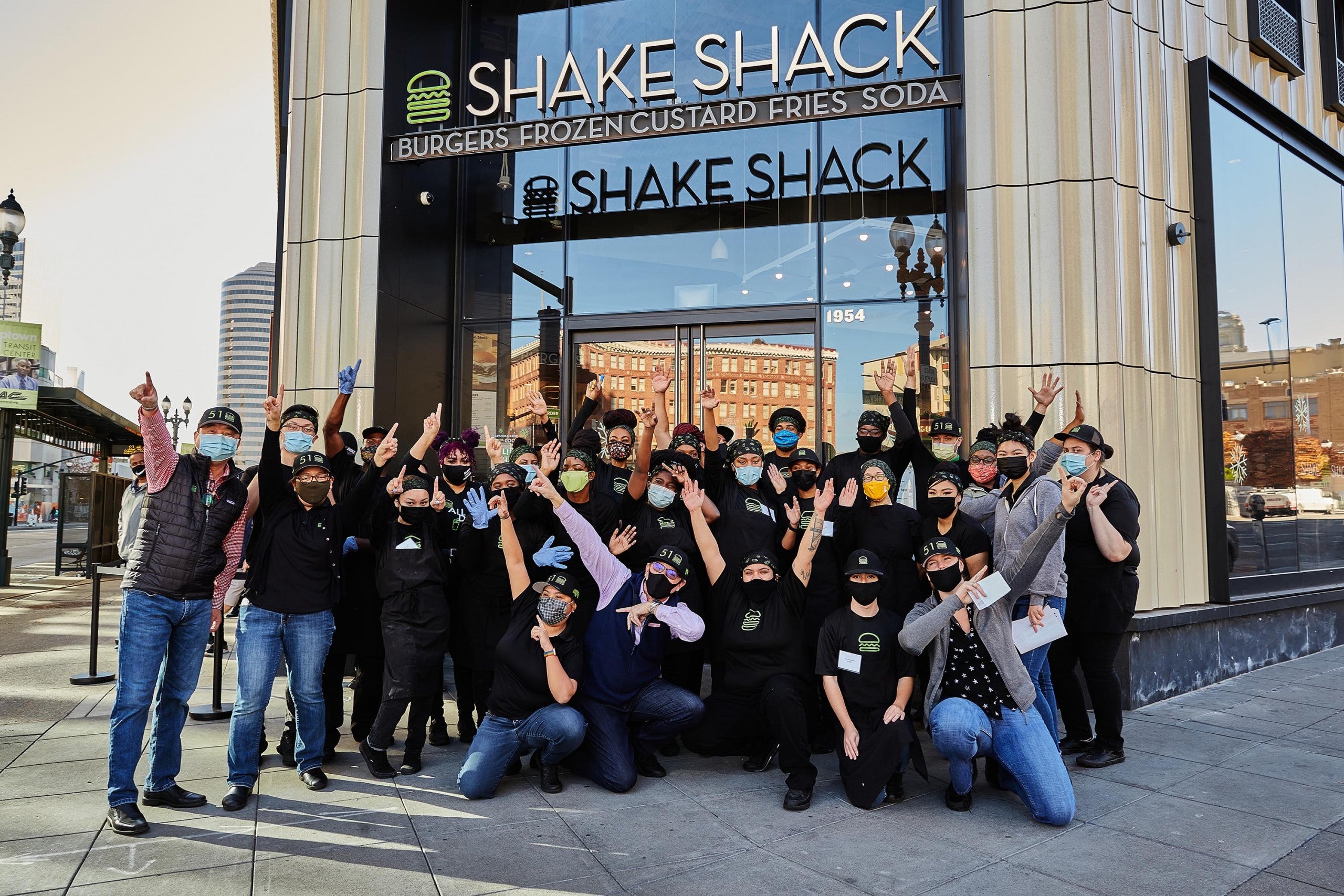 (CNN) — Shake Shack has emerged as one of the most diverse employers in America after hiring more than 1,000 people in 2020. But the premium burger chain’s executive management team is also one of the least diverse in the fast food industry, which for years has been criticized for pervasive racial disparities between its disproportionately Black and Latino frontline workforce and its overwhelmingly White C-suite leadership.

Black, Latino and Asian Americans make up a combined total of 44.2% of retail fast food and counter workers nationwide, according to the latest available US Bureau of Labor Statistics data. Yet people of color collectively make up more than 75% of Shake Shack’s overall workforce population of about 7,400, according to the company’s latest “Stand For Something Good” diversity, equity and inclusion report released Thursday.

The report, which was provided to CNN Business in advance, breaks down Shake Shack’ most-recent workforce demographics and examines the impact of its social and environmental philanthropic efforts.

It highlights a 76% promotion rate for Shake Shack’s non-White employees, but also shows a familiar imbalance in the ratio of Black and brown restaurant employees and the company’s higher-earning corporate leadership positions.

For comparison, people of color at McDonald’s, America’s largest burger chain, made up 68% of the company’s overall US workforce and 29% of its US-based corporate staff as of December.

Shake Shack’s diversity, equity and inclusion director Idris Stover says the racial imbalance among the company’s executive leaders could change very soon. The company’s HR team is searching for a replacement for outgoing President and Chief Financial Officer Tara Comonte, who on March 29 announced she’s stepping down from her current position to become the new CEO of an undisclosed private company outside the restaurant industry.

“We’re definitely looking for the best person for the job, but we do have goals and we are keeping those top of mind as we continue in the search,” Stover told CNN Business on Wednesday.

Shake Shack has set a goal to fill 50% of its nationwide restaurant leadership positions and 30% of its corporate leadership roles with people of color by 2025. The company credits its workplace culture and its “steppin’ up” employee development program for its ability to recruit and retain employees of color.

New York City Shake Shack general manager Jasmin Chaney joined the company as an entry-level team member more than six years ago. She now leads her own team of employees at the company’s Bay Plaza shopping center location in the Bronx.

“I knew previous people that worked for the company and started off as team members and have become managers,” Chaney told CNN Business on Wednesday “The support and the drive made me want to come for that exact experience.”