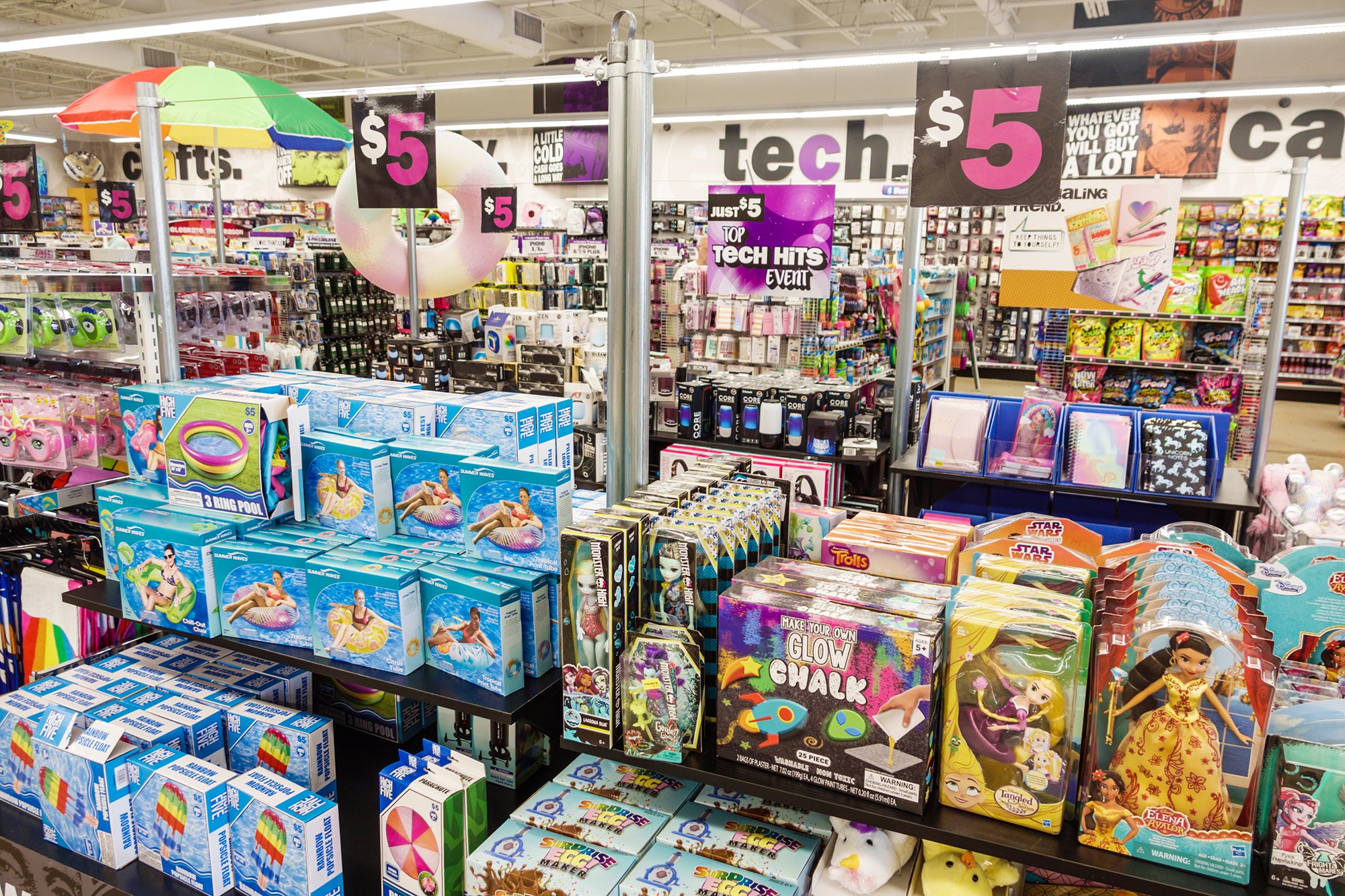 The toy, game, room decoration and tech accessory store targets teens and tweens as its key customers and sells most of its stuff for — as its name suggests — under $5. It said Wednesday that it will open 170 to 180 new stores this year.

Five Below opened 120 new stores last year— putting it above the 1,000 store mark— and is coming off a strong holiday stretch. Five Below’s sales at stores open at least one year increased 13.8% during the 13 weeks ending Jan. 30 compared with the same period last year.

The company has “taken a lot of the wallet share that once went to Toys “R” Us,” said Sucharita Kodali, a retail analyst at Forrester. Toys “R” Us filed for bankruptcy in 2017 and closed more than 700 stores in North America. (WHP Global, a brand management company, bought a controlling stake in the company and signaled Monday it may open US stores.)

Five Below is “filling a void in the market,” Kodali said.

Five Below has small stores, around the size of a drug store, and bills itself as a “high-energy retail concept” in regulatory filings. Its tagline: “Let Go & Have Fun.” Stores have low shelves, colorful signs, pop music playing on speakers and wheelbarrows and oil drums full of merchandise.

Sporting goods, games, toys, tech, books, electronic accessories, and arts and crafts make up around half of Five Below’s approximately $2 billion in annual sales. T-shirts, beauty offerings and home goods account for around 30% of sales, while party and seasonal goods, greeting cards, candy and snacks make up 19%. Five Below has recently moved into new areas, such as esports, and partnered with Instacart to offer home delivery.

Five Below tries to separate itself from competitors like dollar stores, big box stores and Amazon by focusing on wooing a targeted segment of shoppers.

“We monitor trends in the ever-changing tween and teen markets and are able to quickly identify and respond to trends that become mainstream, the company says in filings. “Our price points enable tweens and teens to shop independently, often using their own money to make frequent purchases.”

Other discount retailers are growing rapidly, too.

Kodali said that discount chains are able to secure new leases at favorable prices because of rival store closings.

“There are a lot of desperate landlords that need tenants.”