Twitter CFO says Trump’s ban is permanent, even if he runs for office again 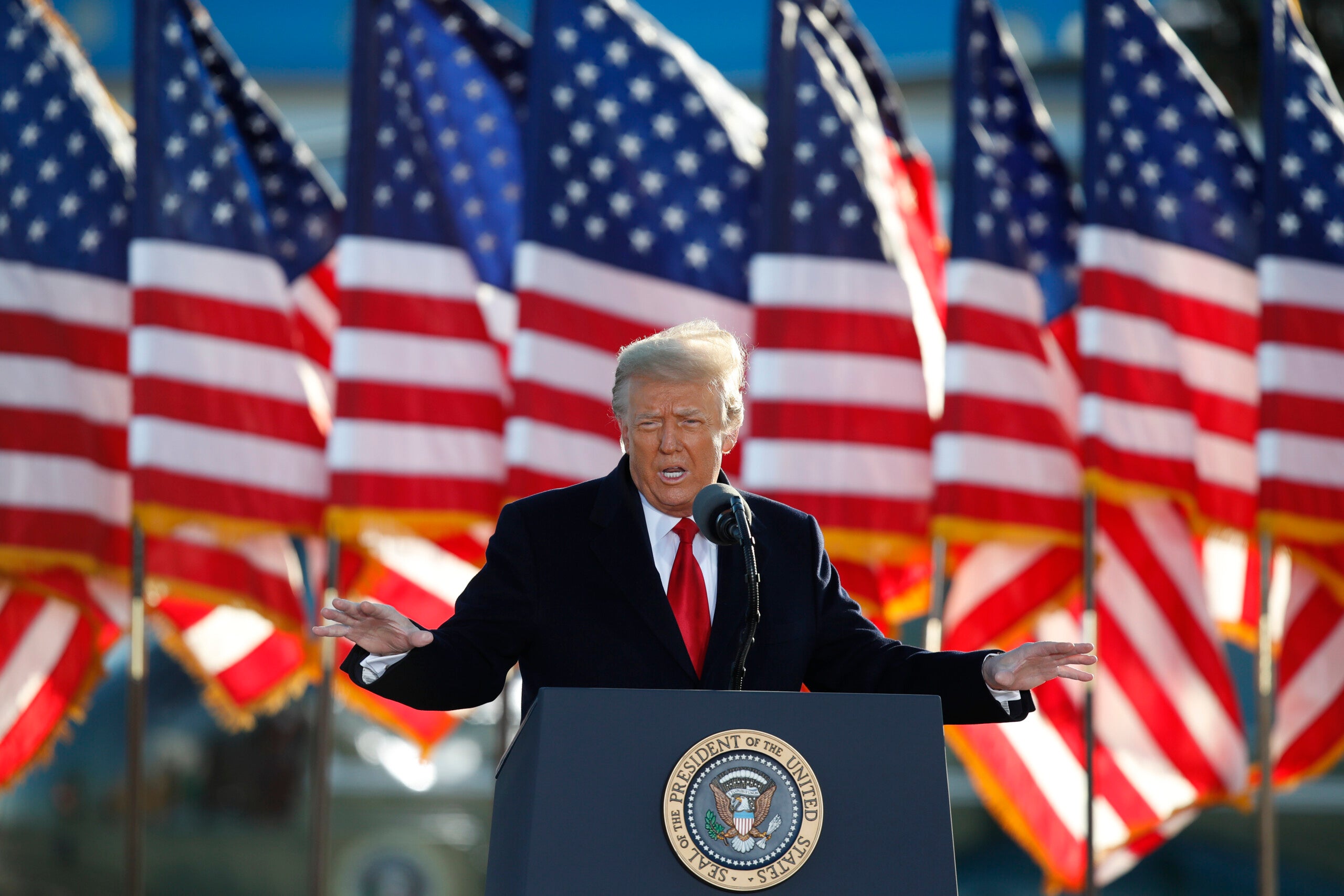 FILE -Former President Donald Trump speaks to crowd before boarding Air Force One at Andrews Air Force Base, Md., Wednesday, Jan. 20, 2021. Facebook’s quasi-independent oversight board will decide whether the company’s decision to ban Trump indefinitely from its platform for inciting his supporters to storm the Capitol was the right one. The social media giant said Thursday that it is referring the final decision on Trump’s account to the board, though it believes it made the right choice. ,(AP Photo/Luis M. Alvarez)
by: Brian Fung, CNN Business
Posted: Feb 10, 2021 / 10:21 AM EST / Updated: Feb 10, 2021 / 10:21 AM EST

(CNN) — Former President Donald Trump will not be permitted back on Twitter even if he runs again for office and wins, according to the company’s chief financial officer.

Asked during an interview on CNBC Wednesday whether Trump’s tweeting privileges could be restored if he wins the presidency again, CFO Ned Segal clarified that Trump’s ban is permanent.

The statement comes amid Trump’s impeachment trial in Congress. If he is acquitted, Trump would not be barred from seeking the presidency or another federal office.

Twitter took the unprecedented step of banning Trump last month after some of Trump’s supporters stormed the US Capitol. At the time, Twitter said it was permanently suspending Trump “due to the risk of further incitement of violence.”

By the time of the crackdown, Twitter had already temporarily locked Trump’s account over several tweets that it said contributed to an elevated risk of violence.

Twitter’s decision to ban Trump came amid a flurry of other tech company enforcement actions against his accounts, including Facebook’s decision to prohibit Trump from posting “indefinitely” and YouTube’s decision to begin issuing strikes to Trump’s video channel.