US unemployment claims fall to 779,000 but job cuts grind on 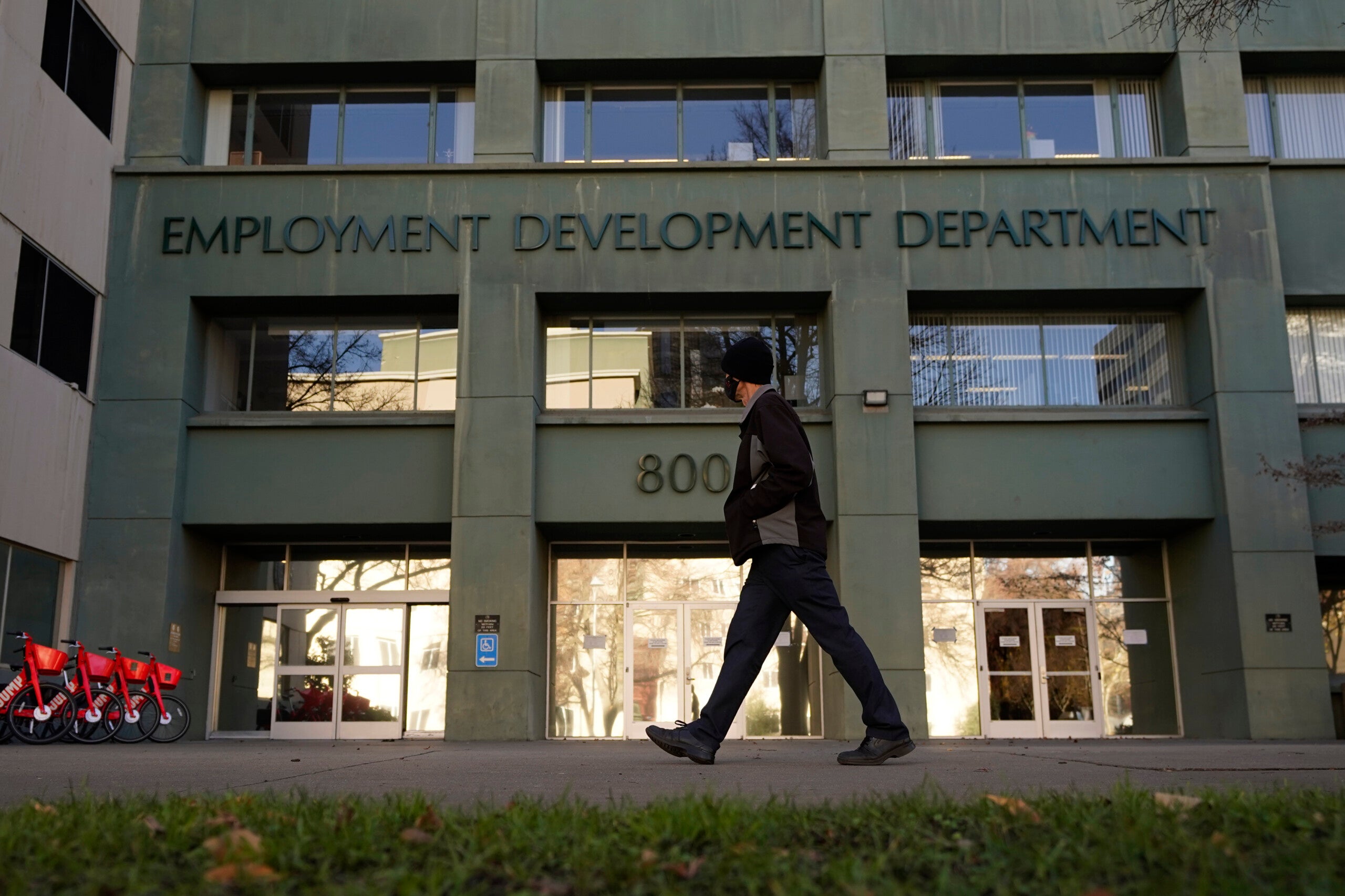 FILE - In this Dec. 18, 2020, file photo, a person passes the office of the California Employment Development Department in Sacramento, Calif. On Tuesday, Jan. 26, 2021, California State Auditor Elaine Howle released a report saying that the EDD might have overpaid millions of people since March 2020 after it stopped enforcing eligibility rules so they could process claims faster. (AP Photo/Rich Pedroncelli, File)
by: CHRISTOPHER RUGABER AP Economics Writer
Posted: Feb 4, 2021 / 09:18 AM EST / Updated: Feb 4, 2021 / 09:18 AM EST

WASHINGTON (AP) — The number of Americans seeking unemployment benefits declined to 779,000 last week, a still-historically high total that shows that a sizable number of people keep losing jobs to the viral pandemic.

Last week’s total dropped from 812,000 the previous week, the Labor Department said Thursday, and is the lowest in two months. Still, before the virus erupted in the United States in March, weekly applications for jobless aid had never topped 700,000, even during the Great Recession.

Thursday’s report reflects a U.S. job market that is still suffering from the pandemic, with hiring having weakened for six straight months. It is a key reason why President Joe Biden is pushing Congress to enact a $1.9 trillion economic rescue program, on top of a $900 billion federal aid package that was approved late last year.

All told, 17.8 million people were receiving unemployment benefits in the week that ended Jan. 16, the latest period for which data are available. That’s down from 18.3 million from the week before.

Despite the generally dim picture of the economy, some hopeful signs have emerged this week. Auto sales rose solidly in January, and a gauge of business growth in the service sector picked up. So did spending on home construction.

That doesn’t mean a rebound is near in the job market, which typically lags behind recoveries in the broader economy. Employers have been hesitant to hire at a time when consumer spending has faltered.

The government’s jobs report for January, to be released Friday, is expected to show a modest hiring gain of perhaps 100,000, according to data provider FactSet. The unemployment rate is forecast to remain stuck at a high 6.7% for a third straight month.

An increase in hiring would represent a welcome improvement over December, when employers cut jobs for the first time since April. Yet with the economy still down nearly 10 million jobs from its level before March, a gain of that modest size would provide little benefit for most of the unemployed.

Once vaccinations become more widely distributed and administered in the coming months, economists expect growth to accelerate at a sustained clip, particularly if Congress provides significantly more aid to households, small businesses and states and cities. Some analysts predict that under those circumstances, economic growth could surpass 6% for 2021.

Consumer spending did pick up in January, according to debit and credit card spending tracked by Bank of America, after $600 checks were distributed to most adults under last year’s $900 billion aid package. Michelle Meyer, U.S. economist at Bank of America, estimates that those checks are being spent faster than the similar but larger $1,200 payments that were distributed last spring.

Still, Americans are saving the bulk of the payments, Meyer said in a research note. That growing pool of savings could help fuel increased consumer spending once the pandemic is brought under control.

At the same time, small businesses struggled through most of January and likely held back overall hiring last month, according to Homebase, a provider of work scheduling systems to small firms. Homebase said the proportion of its clients that were closed, mostly because of government restrictions, rose from December to January, and the number of employees working declined.

Although the $900 billion stimulus bill enacted in December extended federal unemployment programs and provided $300 in weekly jobless aid, many states have yet to distribute the money, according to a report this week from the Century Foundation. The report found that just 38 states were paying benefits under a federal extended aid program as of Jan. 30. Just 40 states were issuing checks under a separate jobless aid program for freelancers and the self-employed.

The delays in many cases stemmed from former President Donald Trump’s hesitation in signing the stimulus bill, which he finally did Dec. 27. That was one day after the two programs had expired, which meant that previous recipients had to reapply for the programs and states had to await guidance from the Labor Department on the details of the extensions. Many states use antiquated software for their unemployment benefit systems, which can be difficult to update when jobless aid programs change. 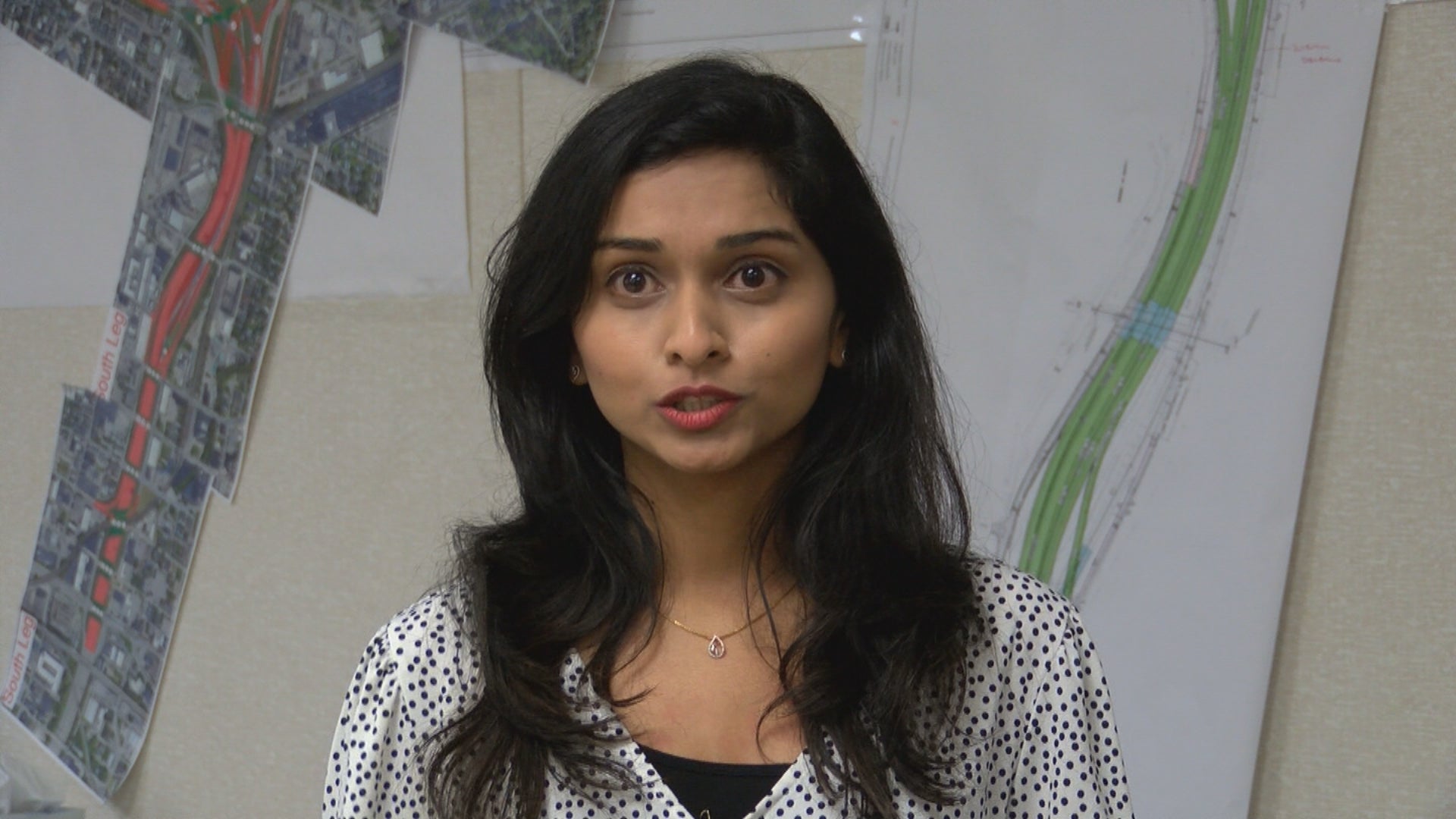