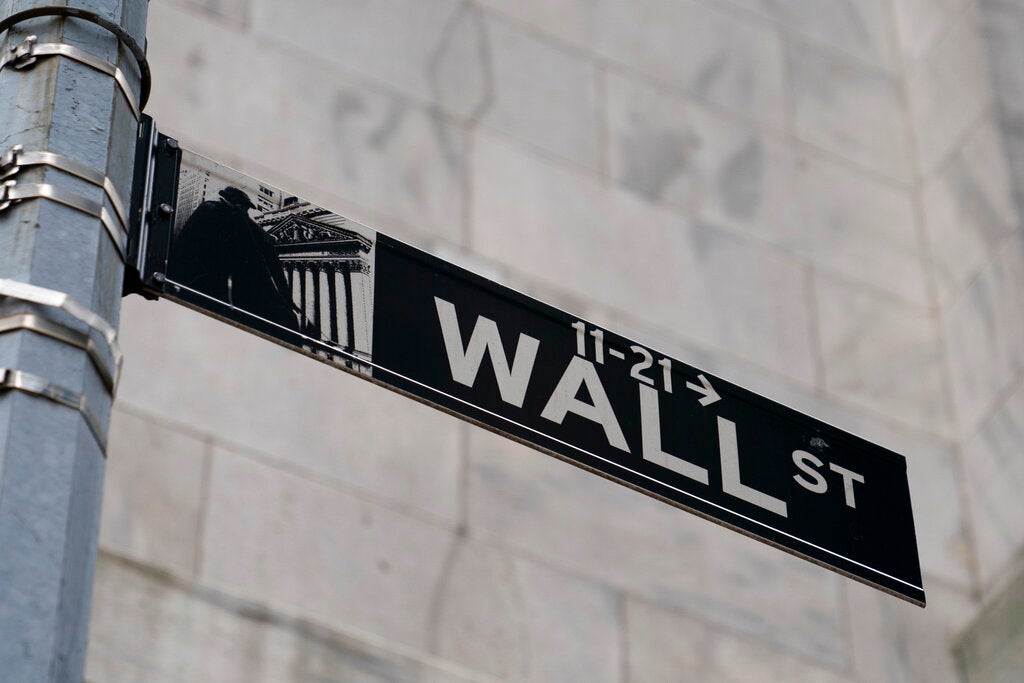 NEW YORK (AP) — Wall Street futures jumped Monday after the downturn in China’s service industries eased and reports that the Biden administration MAY lift U.S. tariffs on some Chinese imports like solar panels.

Oil prices are hovering close to $120 per barrel.

A survey showed activity in Chinese retailing and other service industries shrank in May but at a slower rate than the previous month. Meanwhile, The Wall Street Journal reported Washington plans to lift tariffs on Chinese-made solar panels and Commerce Secretary Gina Raimondo said President Joe Biden was “looking at” ending other duties.

Shares of Canadian Solar, Sunrun and SunPower rose between 8% and 13%. First Solar rose about 3%.

Wall Street traders have been uneasy about the possibility Federal Reserve interest rates aimed at cooling inflation that is running at a four-decade high might tip the U.S. economy into a recession.

In Asia, the Shanghai Composite Index rose 1.3% to 3,236.37 after the business news magazine Caixin said its monthly purchasing managers’ index for services rose to 41.4 from April’s 36.2 on a 100-point scale on which numbers below 50 show activity contracting.

“Some pockets of optimism may come from further easing of virus restrictions in Beijing,” Yeap Jun Rong of IG said in a report.

Benchmark U.S. crude rose 47 cents to $119.34 per barrel in electronic trading on the New York Mercantile Exchange. The contract gained $2 on Friday to $118.87. Brent crude, the price basis for international oil trading, advanced 53 cents to $120.25 per barrel in London.