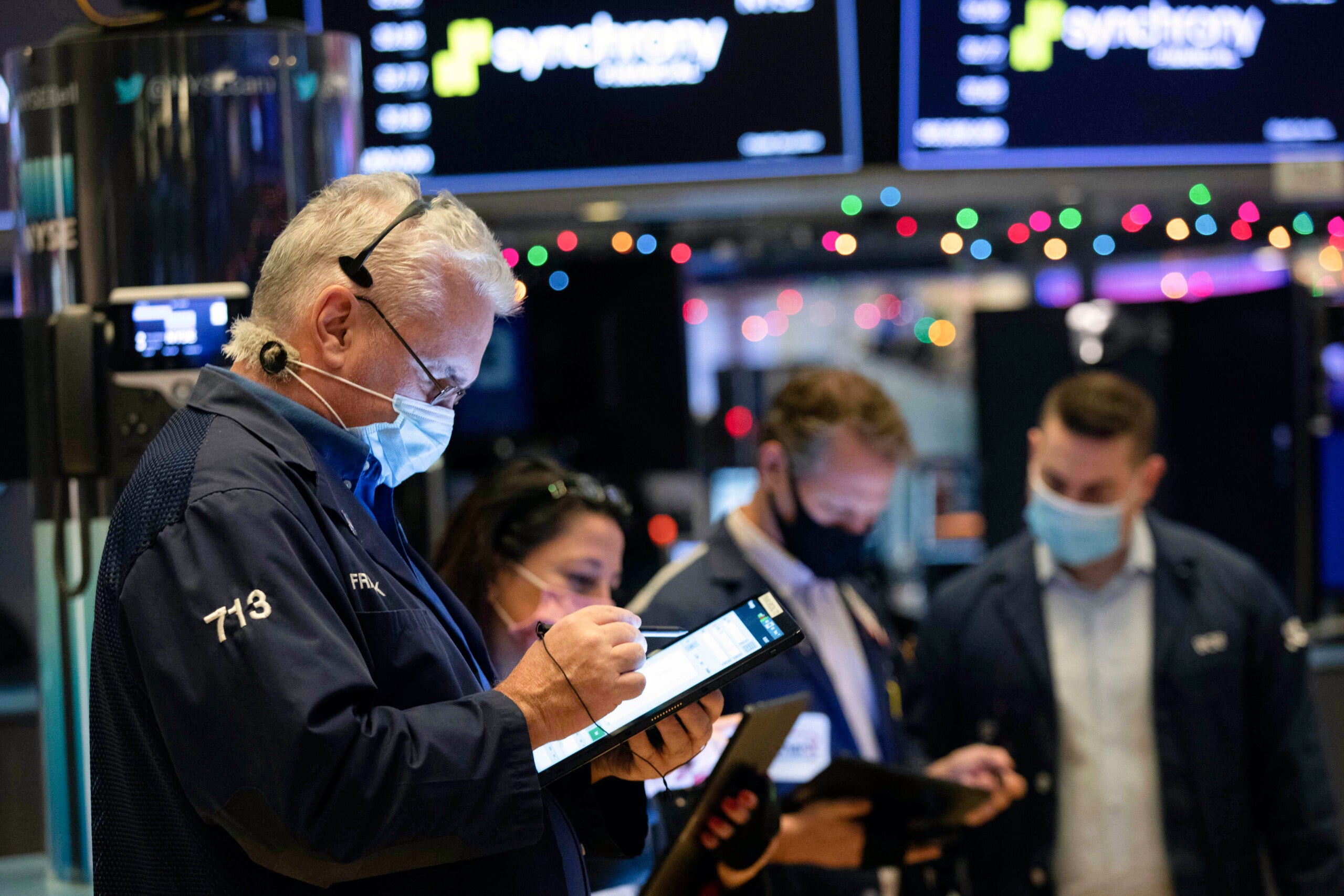 NEW YORK (AP) — U.S. stocks are taking a pause from their big recent rally, and most stocks on Wall Street are edging lower Monday following mixed and mostly muted movements for markets overseas.

Technology companies, whose profits have proven more resistant to the pandemic’s effect on the economy, were holding steadier. Apple was up 1.3%.

It’s a flip of the market’s recent momentum and a callback to how it was trading earlier this year, before enthusiasm burst higher in November that one or more COVID-19 vaccines will get the global economy closer to normal next year.

“It gave us all some hope and hope is a pretty good ingredient for the markets,” said Frank Panayotou, managing director at UBS Private Wealth Management.

And while the markets are likely in good shape for the medium or long-term, he said, investors can expect some choppiness as the the virus’ impact continues ahead of vaccines reaching people next year.

In Europe, stocks were subdued, and the value of the British pound was sinking as negotiators in the United Kingdom’s exit from the European Union seemed to remain stuck on the same issues that have prevented a deal for months.

Such political concerns are helping to slow momentum for financial markets around the world, as is the troubling rise in coronavirus counts and deaths across much of the United States and Europe. The worsening pandemic is pushing governments around the world to bring back varying degrees restrictions on businesses, keeping customers away from businesses and threatening to drag down the economy through what’s expected to be a bleak winter. Job growth in the United States slowed sharply last month, a report on Friday showed, and the numbers may get only worse.

That’s helped dent the powerful and weekslong run for markets around the world. The S&P 500 had one of its best months in decades during November and added more to it last week, in large part because of the vaccine optimism. Hope has also built that Washington may be able to get past its partisanship to deliver some form of financial aid for the still-struggling economy in the meantime.

If Congress fails to reach a deal to carry the economy through the winter, stocks could be set up for more declines. Chevron Corp. fell 2.7% amid worries that the worsening pandemic could choke off more demand for oil and energy.

In Europe, France’s CAC 40 was down 0.6%, Germany’s DAX lost 0.2% and the FTSE 100 in London rose 0.1% as one of the most intense days in the long-running Brexit trade negotiations showed no visible progress.

In Asia, markets were mixed as relations between the United States and China, the world’s two largest economies, remain tense.