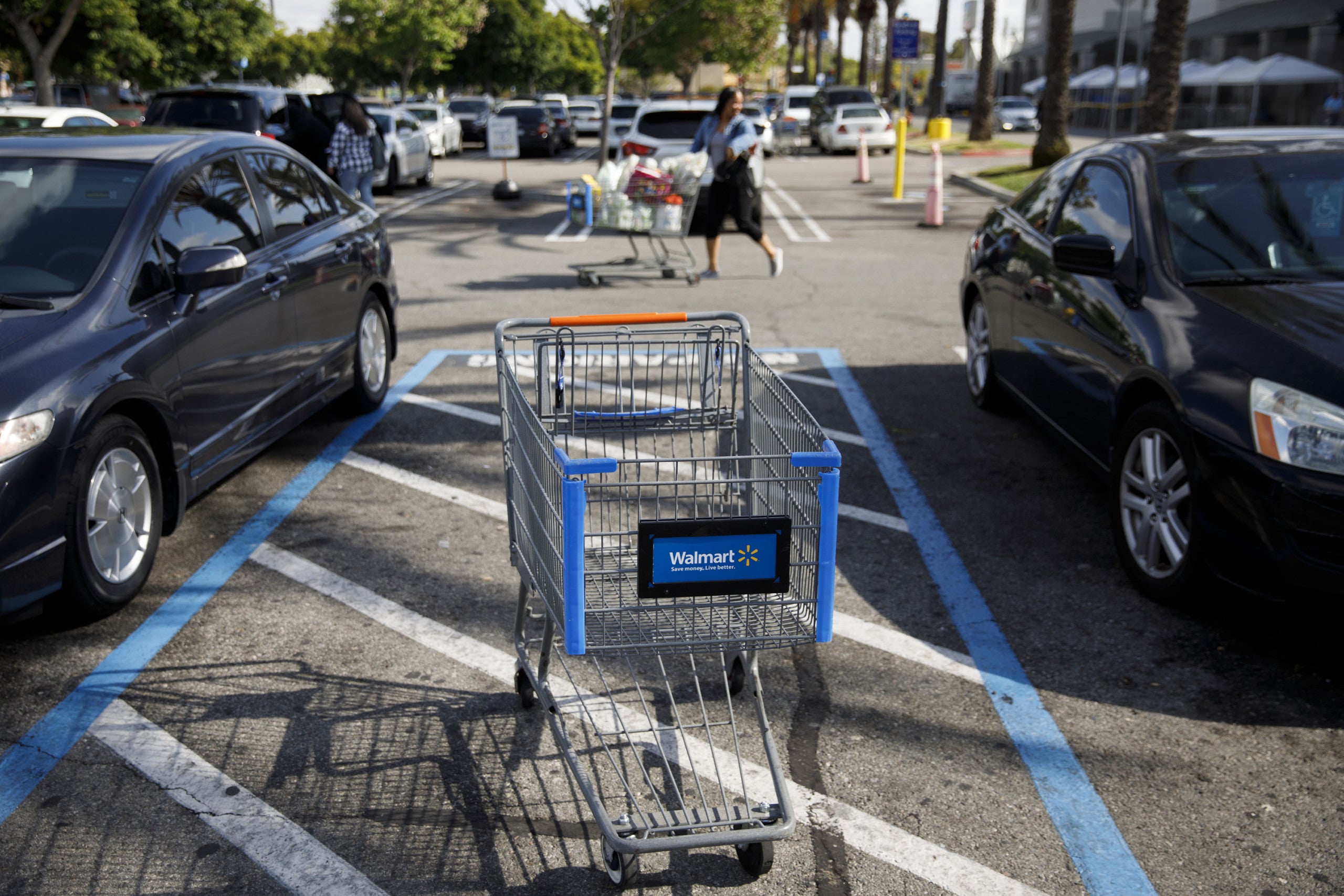 A shopping cart sits in the parking lot outside of a Walmart Inc. store in Torrance, California, U.S., on Tuesday, May 19, 2020. Walmart jumped on Tuesday after reporting coronavirus-related stockpiling led to a surge in quarterly sales, underscoring the company's strong position amid widespread carnage in the U.S. retail sector. Photographer: Patrick T. Fallon/Bloomberg via Getty Images
by: Chauncey Alcorn, CNN Business
Posted: Jun 12, 2020 / 09:37 AM EST / Updated: Jun 12, 2020 / 09:37 AM EST

(CNN) — Walmart says it will no longer store multicultural cosmetic products in security cases inside its stores.

The nation’s largest retailer announced the new policy on Wednesday, a few days after a black woman in Montbello, Colorado, shared a video on social media showing the different ways her local Walmart displayed hair care products for blacks and all other hair care products.

In the video, mainstream shampoos and conditioners commonly used by white people are on open shelves while products designed for black people’s hair are stored in locked plastic cases.

“White privilege also extends to haircare products, apparently, in Walmart,” the woman says in the video. “There are black and brown people all over the place. The message is clear: We don’t trust you.”

The story was first reported by KCNC.

The differential treatment for ethnic products sold at Walmart stores has been raised on social media by Walmart customers multiple times in recent years. It was also the subject of a discrimination lawsuit against Walmart that was dropped last year, in which the plaintiffs argued storing black products in security cases implied black people were more likely to shoplift.

In its announcement, Walmart said it will stop storing multicultural haircare and beauty products in security cases, but noted most of its stores never did it in the first place.

“We’re sensitive to the issue and understand the concerns raised by our customers and members of the community and have made the decision to discontinue placing multicultural hair care and beauty products — a practice in place in about a dozen of our 4,700 stores nationwide — in locked cases,” the company said in a statement.

Walmart said the cases were put in place to deter shoplifters, and that the company does not tolerate discrimination.

The news comes during a period of rapid policy changes among major companies that have expressed solidarity with the Black Lives Matter movement. Worldwide protests and riots have taken place in the aftermath of the police murder of George Floyd in Minneapolis last month.

On Thursday, Microsoft said it would stop selling facial recognition technology to US police departments following similar announcements made by Amazon and IBM. On Wednesday, NASCAR banned the Confederate flag from being displayed at its events.