Worst day on Wall Street since 1987 as virus fears spread 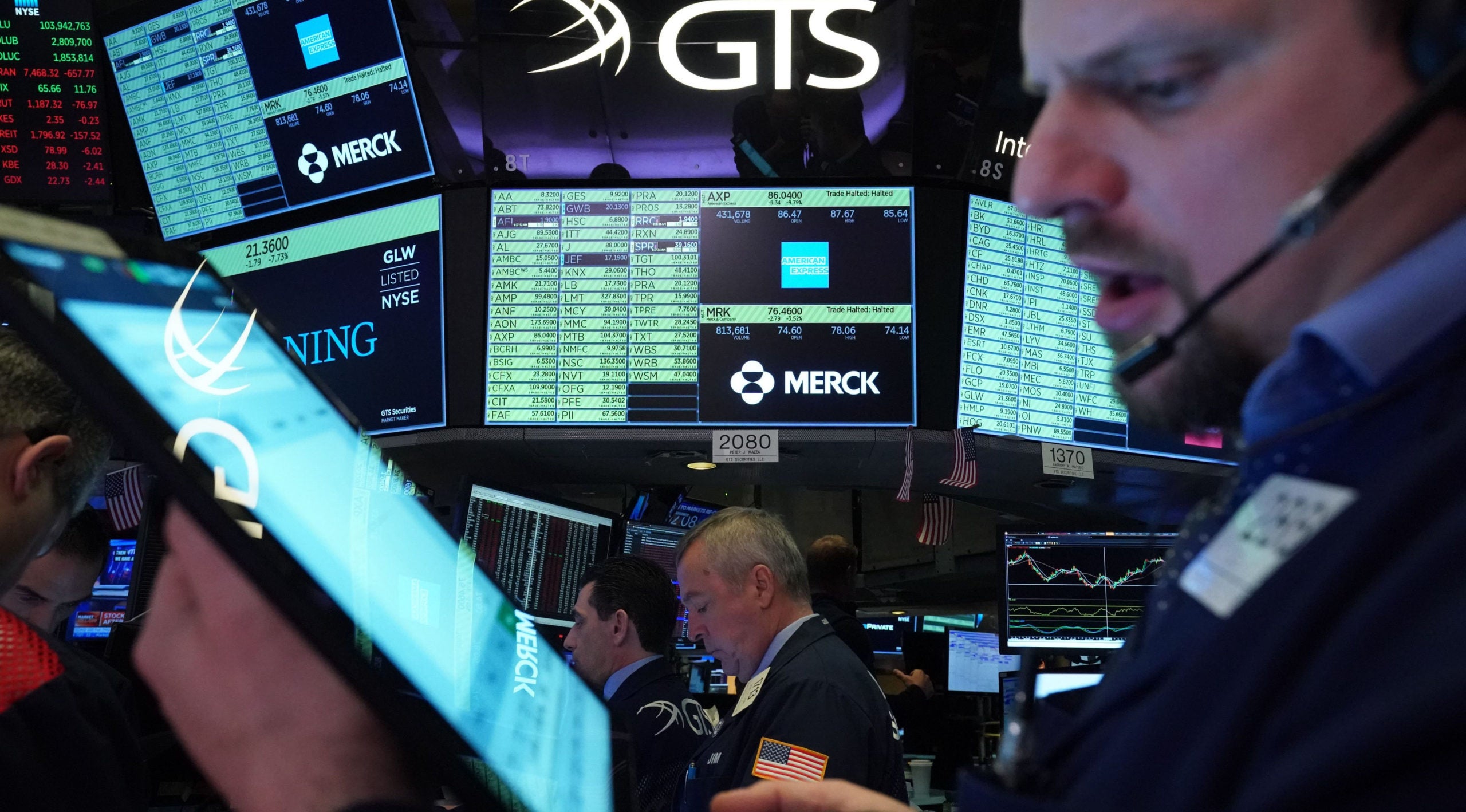 NEW YORK (AP) — The escalating coronavirus emergency sent the stock market Thursday into its worst slide since the Black Monday crash of 1987, extending a sell-off that has now wiped out most of Wall Street’s big gains since President Donald Trump took office.

European markets fell 12% in one of their worst days ever, even after the European Central Bank pledged to buy more bonds and offer more help for the economy.

The rout came amid a cascade of cancellations and shutdowns across the globe — including Trump’s suspension of most travel to the U.S. from Europe — and rising worries that the White House and other authorities around the world can’t or won’t counter the economic damage from the outbreak any time soon.

“We’re starting to get a sense of how dire the impact on the economy is going to be. Each day the news doesn’t get better, it gets worse. It’s now hit Main Street to a more significant degree,” said Liz Ann Sonders, chief investment strategist at Charles Schwab.

Stocks fell so fast on Wall Street at the opening bell that they triggered an automatic, 15-minute trading halt for the second time this week. The so-called circuit breakers were first adopted after the 1987 crash, and until this week hadn’t been tripped since 1997.

The Dow briefly turned upward and halved its losses at one point in the afternoon after the Federal Reserve announced it would step in to ease “highly unusual disruptions” in the Treasury market. But the burst of momentum quickly faded.

Trump often points proudly to the big run-up on Wall Street under his administration, warning a crowd at a rally last August that “whether you love me or hate, you gotta vote for me,” or else your 401(k) will go “down the tubes.”

Just last month, the Dow was boasting a nearly 50% increase since Trump took the oath of office on Jan. 20, 2017. By Thursday’s close, the Dow was clinging to a 6.9% gain, though it was still up nearly 16% since just before Trump’s election in November 2016.

The Dow officially went into a bear market on Wednesday, when it finished the day down more than 20% from its all-time high. For the S&P 500, this is the fastest drop since World War II from a record high to a bear market.

The combined health crisis and retreat on Wall Street heightened fears of a recession.

“This is bad. The worst and fastest stock market correction in our career,” Chris Rupkey, chief financial economist at MUFG Union, said in a research note overnight. “The economy is doomed to recession if the country stops working and takes the next 30 days off. The stock market knows it.”

The coronavirus has infected around 128,000 people worldwide and killed over 4,700. The death toll in the U.S. climbed to 39, with over 1,300 infections. For most people, the virus causes only mild or moderate symptoms, such as fever and cough. For some, especially older adults and people with existing health problems, it can cause more severe illnesses, including pneumonia. The vast majority of people recover from the virus in a matter of weeks.

In a somber prime-time address Wednesday night from the White House, Trump announced the new travel ban as well as measures to extend loans, payroll tax cuts and other financial relief to individuals and businesses hurt by the crisis.

But the travel restrictions represented another heavy blow to the already battered airline and travel industries, and the other measures did not impress Wall Street.

“What markets are waiting for are efforts to contain the virus in a very aggressive way, ways we’ve seen in other countries,” said Nela Richardson, investment strategist at Edward Jones. “Short of that, nibbling around the edges, maybe doing something that can help a firm with a very short-term impact or help an employee, doesn’t hurt, but it’s not the bull’s-eye, and it’s not as targeted as the markets would like to see.”

Michael McCarthy of CMC Markets said: “The market judgment on that announcement is that it’s too little, too late.”

The damage was worldwide and eye-popping. Among the big moves:

— Travel stocks again were among the hardest hit. Norwegian Cruise Line and Royal Caribbean Cruises both lost roughly a third of their value. Another drop for United Airlines put its loss for the year at nearly 58%.

— Oil continued its brutal week, with benchmark U.S. crude at $31.50 per barrel.

— In Asia, stocks in Thailand and the Philippines fell so fast that trading was temporarily halted. Japan’s Nikkei 225 sank 4.4% to its lowest close in four years, and South Korea’s market lost 3.9%.

Also alarming were complaints in recent days by investors that trading in the Treasury market wasn’t working well. For reasons that weren’t immediately clear, traders said they were seeing surprisingly large gaps in prices being offered by buyers and sellers. That threatened to cause the market to seize up.

In a surprise move, the Fed said it would pump in at least $1.5 trillion to help calm the market and facilitate trading.

After earlier thinking that the virus could remain mostly in China and that any dip in the economy would be followed by a quick rebound, investors are seeing the damage and disruptions mount, with Italy locking itself down, the NBA suspending games and authorities in the U.S. and beyond banning large gatherings and closing schools.

“Anyone who tells you they know how long this is going to last is wrong,” said Adam Taback, chief investment officer for Wells Fargo Private Bank. “The uncertainty here is trying to figure out how you get this virus under control, and is that a matter of days, weeks or months.”