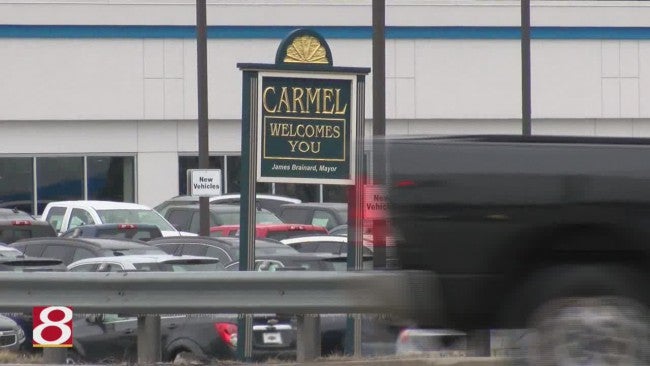 CARMEL, Ind. (WISH) – Major upgrades to a busy corridor in Fishers are scheduled for this year, but the work along 96th Street goes beyond the city limits.

Construction workers are getting ready to add a roundabout at 96th and Cumberland this summer. Mayor of Fishers Scott Fadness says this upgrade will help transform his city.

But news of the $15 to $20 million dollar project in Fishers, mostly funded by the federal government, has some people thinking “what about 96th and Keystone Parkway?”

Some drivers would call the intersection of 96th Street and Keystone Parkway a nightmare.

“I kind of hate to go through that intersection, especially around rush hour,” said Lon Brown, Carmel resident.

Thousands of cars pass through every single day. Mayor of Carmel, Jim Brainard believes there’s a solution for traffic and safety.

“You know we spend tens of millions dollars per year on road improvements in Carmel,” said Mayor Brainard. “This intersection needs to be a priority.”

The proposed plan is to transform the intersection into a roundabout interchange, including an overpass bridge.

Engineers say the bridge would allow Keystone traffic to flow over 96th Street. The roundabout can help to ease the ramp traffic coming off of Keystone.

But the mayor says the plan has been years in the making.

“The delay has been the support from my city council we have three votes that want to make these improvements and four that don’t,” said Brainard.

Right now, there’s no decision about how to fund the project. But residents like Lon Brown say he’s not too worried about having to foot the bill.

“Everybody thinks you know we keep spending money and our taxes are going to go up, but they haven’t gone up,” said Brown.

“Eight minute delays to get through one intersection are unacceptable,” said Brainard. “Cities that succeed need to move their traffic better than that.”

The mayor says it’s still way too early to tell what’s going to happen next with this roundabout project.

But if everything goes as planned, the next step will be to get the engineer’s plan finalized, bid on the project, and figure out how to pay for it.