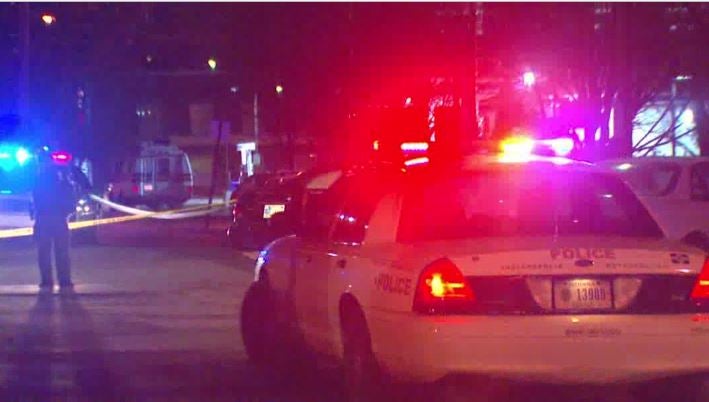 INDIANAPOLIS (WISH) — It was a busy New Year’s Eve for police in Indianapolis. Officers responded to several disturbances including a call for a man pointing a gun at staff at a downtown bar.

An IMPD police report does not list the exact address of the bar, but states that it happened near the intersection of Georgia and Meridian streets just after 12:30 a.m. The man ran from the bar after allegedly pointing the gun at staff.

It was one of several incidents involving guns that police responded to overnight. One woman was shot in the chest near Pennsylvania and 10th streets. Police on the scene did not know her condition, but said she was awake and talking to paramedics when they arrived. Police also said the woman was not cooperating with them, so it was not clear what led up to the shooting or who may have shot her.

There were also at least seven reports of people stating that someone shot into their home or car overnight. Two of those reports said the incidents happened during the New Year’s celebration. One of them happened in the 4000 block of North Euclid Avenue when someone allegedly shot three bullets through a wall shortly after midnight. Another person told police that a falling bullet damaged the roof of their home in the 5000 block of Massachusetts Avenue just after midnight.

As far as drunk driving arrests, IMPD arrested at least three people. Speedway police arrested one person and Beech Grove police arrested two, and one of those arrests happened at a DUI checkpoint.