Butler’s Chrabascz out with broken hand 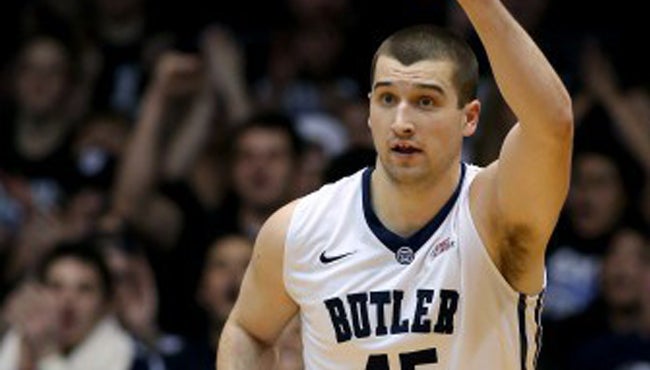 INDIANAPOLIS (WISH) – Butler sophomore Andrew Chrabascz, who’s started all 25 games for the nationally-ranked Bulldogs, will be sidelined for two-four weeks with a broken bone in his right hand.

The Butler forward will have surgery on his hand on Monday, Feb. 16.

“We know Andrew is disappointed and we are disappointed for him, but we are looking forward to having him back soon when he is fully healthy,” said Butler Head Coach Chris Holtmann. “He has been an important part of this team’s growth, and as with any injury, this will provide an opportunity for our team to respond in a positive way. We know Drew will be working hard to return at the appropriate time.”

Chrabascz was injured in the second half of Butler’s game against #6 Villanova. He was involved in a loose ball scramble and came up holding his injured right hand. The 6-7 returned later in the half and scored four points in the final seven minutes of the tightly-contested game.