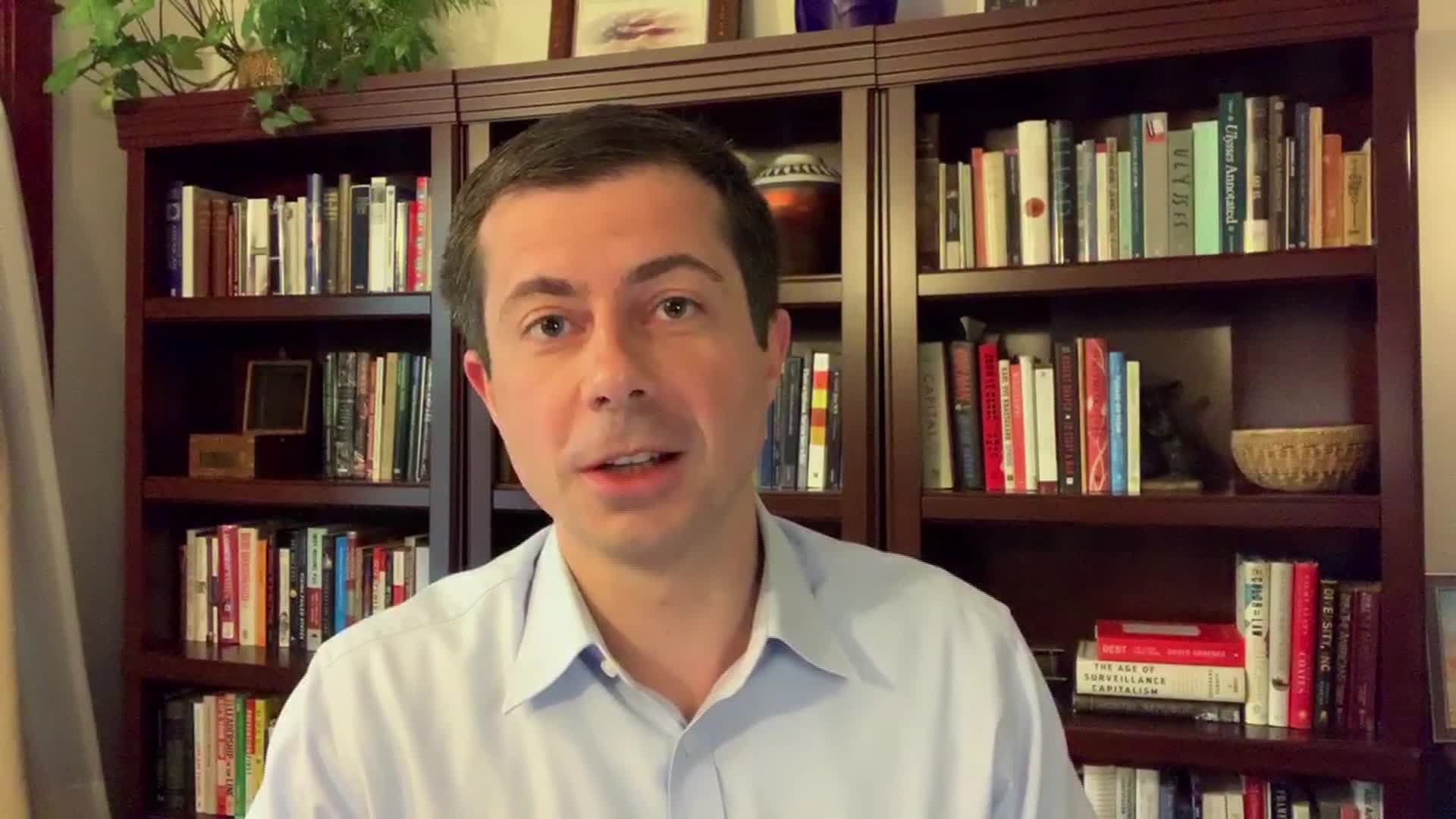 (CNN) — Pete Buttigieg, who made history as the first openly gay man to launch a competitive campaign for president, called the Supreme Court’s historic ruling on a federal law protecting LGBTQ workers “an enormous step forward” but also said there is a long way to go for adoption rights.

“It’s an enormous step forward. Any time you see your rights coming up for debate you wonder what is going to happen next and this represents a major step and reminds us of the possibility of progress in this country at a time when there’s so much anguish and so much expectation and we see just how far we have to go as a country,” the former South Bend, Indiana, mayor told CNN’s Jim Sciutto on “New Day” Tuesday.

In a 6-3 opinion, the court said Monday that Title VII of the Civil Rights Act of 1964, which bars discrimination based on sex, protects gay and transgender workers from workplace discrimination. The Trump administration had argued that the law did not extend to claims of gender identity and sexual orientation.

Buttigieg, a veteran of the US Navy Reserves who served one tour in Afghanistan in 2014, also said that he could have lost his job in the military if it was known that he was gay.

“Firing me wasn’t just permitted — it was the official policy. And the other job that meant so much to me over the course of the last decade, serving as mayor of my hometown, I often wondered if I’d lose that job as a consequence of coming out. And in the end, I didn’t,” he said. Referring to the court’s interpretation of the Civil Rights Act, Buttigieg added, “That doesn’t mean that the struggle is over, but it is a big, big step.”

While on the campaign trail, Buttigieg pushed for equal rights and vowed to extend LGBTQ protections, including passing the Equality Act, which was passed in the Democratic-led House in 2019 and has stalled in the Republican-controlled Senate.

He also said on Tuesday that President Donald Trump should rescind his ban on new transgender military enlistees, saying the ban serves “no military purpose.”

Buttigieg, who also celebrated his second wedding anniversary with husband Chasten on Tuesday, spoke about challenges for adoption rights for LGBTQ families, saying there is a long way to go, even in his personal life.

“You know, we’re thinking about family and as we do that, we know that we can’t count on being treated equally by various agencies and organizations,” he said. “This is a time when we need to ask ourselves as a country what — what it means to believe and act on LGBTQ equality. And, you know, there’s such a long way to go when it comes to access to adoption and again, you know, a lot of excuses have been made suggesting that there’s some rationale behind this that have been shot down over the years.”